Here’s how to play one of Overwatch’s most useful Tanks. 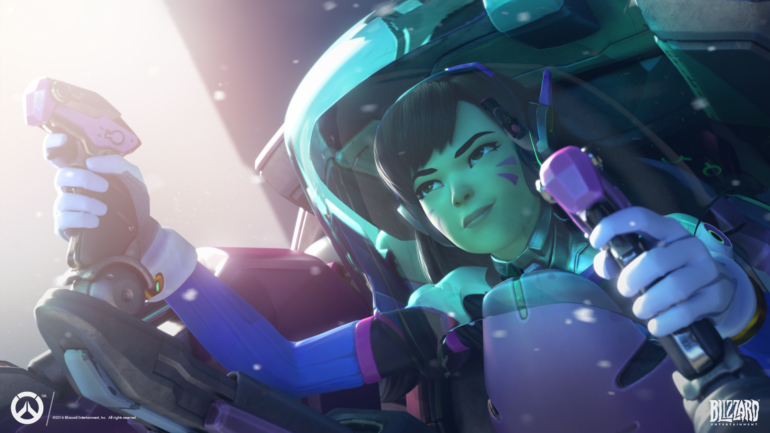 When the war against the Omnics looked bleak, former pro gamer Hana Song answered the call of duty and joined her home country’s Mobile Exo-Force of the Korean Army (MEKA) to help stem the tide.

The 19-year-old, known to the world as D.Va, now pilots her mech in the battlefields of Overwatch as one of the game’s strongest tanks. The MEKA member is a necessity in some team compositions, and she can be devastating in the right hands.

D.Va is, first and foremost, a tank. This means that her primary role is to tank damage and protect her teammates. But her kit makes her way more versatile than this.

D.Va’s primary source of damage are her Fusion Cannons. These cannons don’t deal a ton of damage, but they can be strong in very close range. This is due to their shotgun-like fire pattern, but having a very short drop off distance. D.Va also moves 50 percent slower while firing the cannons, severely limiting her mobility. The cannons lay down continuous damage without ever having to be reloaded, however, so it’s easy to pressure enemies with them.

D.Va’s secondary attack is her Micro Missiles, which are linear splash projectiles that deal seven damage per missile on a direct hit, two to four damage per splash, at a magazine of 18 missiles firing at 11 per second. The missiles are especially effective at close range, just like Fusion Cannons. The missiles can’t be stopped once used, and if they all land directly on a target, they deal a total of 126 damage. The best part about this ability is that it can be used in conjunction with all other abilities, meaning it won’t cancel any other abilities when activated.

In order to get up close, D.Va’s Boosters ability comes in clutch. Triggering Boosters will allow D.Va to fly in any direction, even upwards, and fly at a speed of 12 meters per second for up to two seconds, up to a distance of 24 meters. This movement is key to D.Va’s kit since it gives her valuable verticality, meaning she’s one of the few heroes that can consistently challenge enemies on high ground, especially because the cooldown on her boosters is a light five seconds. Additionally, the extra mobility means that D.Va can quickly re-enter a fight or fall back to assist her healers or a DPS in need.

“Is this easy mode?”

On top of her health pool of 400 health and 200 armor, D.Va’s main tool for survivability and protection of teammates is Defense Matrix. This ability activates a forward-facing target array that will negate all incoming projectiles.

Defense Matrix has an effective range of 15 meters and can last for up to two seconds when fully charged, and it takes eight seconds to fully recharge. It has a two-second cooldown to activate again, and a visual meter on screen will tell you when the ability is depleted. This means that D.Va players will need to be aware of this cooldown so they’re able to use it on key enemy abilities.

Using Defense Matrix is key because it’ll give D.Va time to protect herself while her Boosters might be on cooldown. When used in combination with her other abilities, Defense Matrix can stifle many heroes in the game, and even “eat” their ultimate abilities, like Zarya’s Graviton Surge. This can win a fight in itself by effectively making the enemy waste an ability they have so preciously built up with the click of the right mouse button.

While D.Va can be used aggressively to push high grounds, she’s also very helpful with protecting her supports from flankers. When a support needs help, D.Va can simply boost toward them while using Defense Matrix and get in close to deal damage to the attackers.

Once D.Va’s mech is destroyed, she’ll be able to run around and defend herself with her Light Gun, which deals 14 damage per shot. Doing so will charge up her out-of-mech ultimate, which allows her to call down another mech to hop in and get back in the action.

D.Va’s primary ultimate is Self-Destruct. The classic “Nerf this!” voice line will let the enemy team know that a nuke is about to be dropped on them, and the results can be monstrous.

Self-Destruct deals a massive 1,000 damage in a 20 meter radius, so many heroes in its vicinity will be melted. But, since the voice line telegraphs the ability, it can be quite easy to dodge. The ability has a three-second fuse, meaning there’s time to hide behind cover. Once a player is out of the ability’s line-of-sight, they’re safe.

Self-Destruct can be used as an ability to clear off an objective or buy time for teammates to return. That’s not to say it isn’t deadly, though, because activating Self-Destruct shortly after Boosters turns it into a horrifying projectile since it retains the momentum of the Boosters as D.Va exits the mech.

Launching the exploding mech with Boosters into a crowd of enemies right as an enemy Reinhardt or Orisa shield is about to break is a solid move, as the shields can no longer protect them. Launching it in from above is also strong, too, since it can change the line-of-sight quickly.

Defense Matrix is a nightmare for any hero that shoots a projectile, including hitscan heroes like Soldier: 76 and McCree. D.Va will eat up all their bullets and nullify all incoming damage.

Widowmaker, Hanzo, Soldier: 76, McCree, and any other hero that’s strong in the high ground will almost immediately be pushed by D.Va’s boosters, Micro Missiles, and Defense Matrix.

The Russian bodybuilder will shred D.Va if she’s even remotely charged. Zarya’s primary fire can’t be blocked by Defense Matrix, so D.Va will have a bad time against her if she tries her luck. A good D.Va can avoid the Zarya damage, however, so it’s not impossible to play the matchup in a favorable way.

Mei is a nightmare for D.Va because of her ability to, again, penetrate her Defense Matrix and freeze her in place, preventing her from escaping with Boosters. Reaper is another story entirely, however, since his damage output up close can rival D.Va’s and destroy her health pool thanks to her giant headshot hitbox.