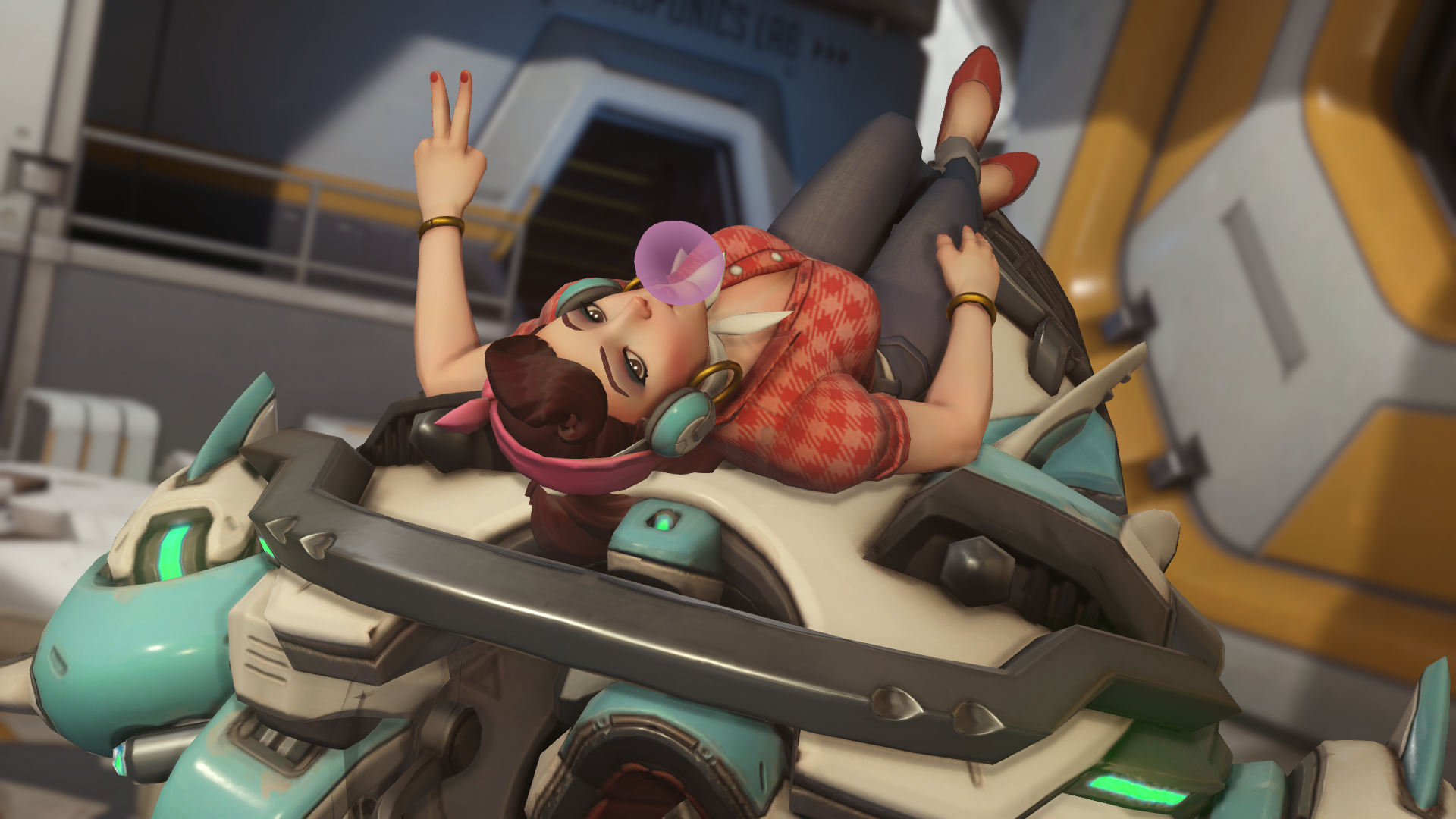 D.Va voice actor Charlet Chung has been hyping a Friday Overwatch announcement since Monday, but we’re still puzzled as to what it could be.

The initial tweet shows Chung clutching a giant pachimari plush, sitting in front of an Overwatch sign, likely at Blizzard headquarters. “Friday reveal,” she captioned the image. “Sneak peeks all week.” Immediately, fans assumed this meant that a D.Va cinematic was on its way, but Chung quickly shut that down.

In a livestream with Lúcio actor Jonny Cruz, Chung said she definitely doesn’t have the authority to even tease an Overwatch cinematic. In subsequent tweets, Chung continued to rule out potential reveals.

Here’s what it’s not.

Regardless, Chung continued tweeting cryptically, introducing her follows to Overwatch artist Arnold Tsang and lead writer Michael Chu. Chung already crossed off both comics and cinematics, we’re guessing the reveal has something to with a behind the scenes look at Overwatch.

Either way, we won’t have to wait very long. Chung is expected to set forth her big reveal tomorrow.