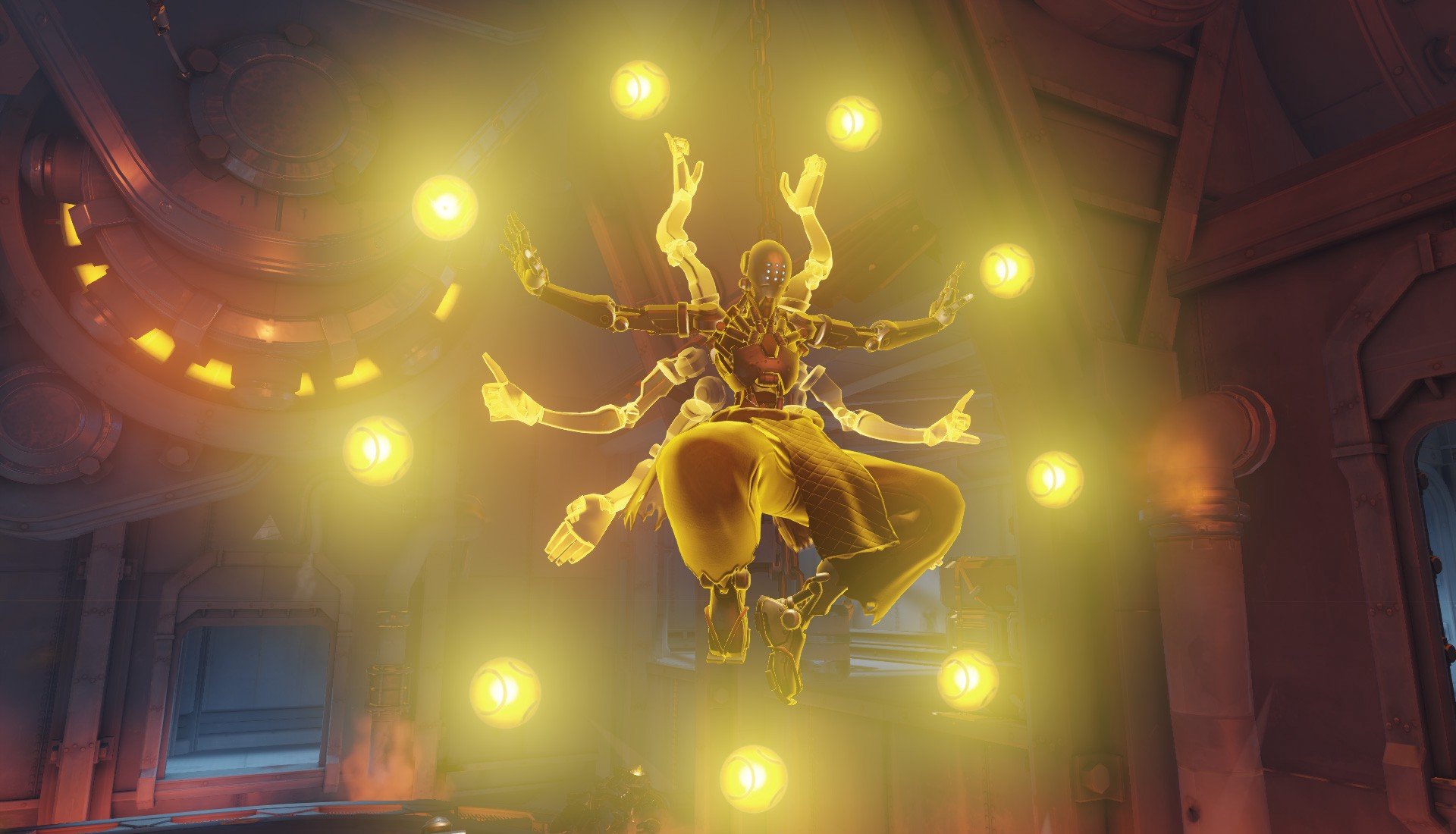 With Blizzard constantly tweaking the game’s heroes, Overwatch’s competitive meta is anything but stale.

And that shouldn’t necessarily be surprising, given the game’s age; still, things felt a little, well, boring after the Overwatch World Cup. Last weekend’s Overwatch Championship at DreamHack Winter quelled fears of of a stagnant meta.

Certain heroes were still preferred at DreamHack Winter?—?11 out of 23 heroes were played for less than an hour during the 13 hour tournament?—?but top teams proved willing to forget the meta and play what they’re good at. And it worked really well for one team in particular: DreamHack Winter Overwatch Championship winners Misfits.

Given Blizzard’s recent Ana nerf, more support heroes are viable in Overwatch. Misfits completely disregarded everyone’s favorite sniping healer in favor of Lúcio and Zenyatta?—?a duo the team ran in every game, according to Overwatch statistics site Winston’s Lab. And that makes sense for Misfits; the team didn’t really play heroes that would benefit from her nano boost. The majority of other teams felt she was important though, securing Ana as one of the top four heroes played during the tournament. Ana was chosen 60 percent of the time, a stark decrease from the dominance she showed at the Overwatch World Cup?—?a certain product of her ultimate nerf. So for the times player weren’t using Ana, they were on Zenyatta, a hero who had a two-percent pick rate at the Overwatch World Cup.

As for tanks, D.Va’s mech health buff pushed her toward the front of the pack in regard to pick rates at DreamHack Winter. Reinhardt and Roadhog stayed prominent, with D.Va, Zarya, and Winston proving themselves important in various situations. All of Overwatch’s tanks are viable right now. Many teams are favoring a heavy tank composition. “Once the patch hit, it didn’t take long for everyone to switch over to tank compositions,” Misfit’s Sebastian “Zebbosai” Olsson told Dot Esports.

“We were only facing tank compositions, pretty much, while we were playing a dive composition so when we commit to a fight we basically have to get a kill very fast,” Zebbosai said. “Widowmaker is great at that. Even if I just hit a body shot on, say, the Ana, we can instantly just dive that target. Once we dive them, their Winston/D.Va player has to choose to either on on me in the back or help their supports.”

It was an unconventional pick that enemy heroes didn’t have an answer for. Widowmaker shouldn’t have worked. But it did. Zebbosai, essentially, single-handedly pushed Widowmaker into the six-percent pick rate bracket, which doesn’t sound significant. But when isolated to just Misfits, she was picked 30 percent of the time.

“I never thought of it, in that regard, as us going against the meta,” Zebbosai said. “Going into the tournament though I was definitely worried. We didn’t really win much when we practiced.”

“To be honest, I feel a triple tank composition is the counter to what we did, so it always felt like we were at a disadvantage,” he added. That is, unless their communication worked as it should?—?which it was, when Misfits got to the tournament and played on LAN. “Communication is key when you are running this composition so that we all focus on the same target.”

For DPS, Reaper and McCree had almost no place in DreamHack Winter. Genji was much less important, too. Soldier: 76 entered the meta with a nearly 60 percent pick-rate. Tracer saw a decent amount of play, too (29 percent pick-rate)?—?with Misfits making her an integral part of their team.

Misfits DPS player Terence “SoOn” Tarlier played Tracer for the majority of the tournament?—?he had a 91 percent pick rate with her. Paired with Widowmaker, it just worked. SoOn whipped in and out of fights, flanking from the sides, and just annoyed the hell out of enemy heroes. An important distraction from Zebbosai’s Widowmaker, SoOn kept the enemy teams busy while Zebbosai racked up headshots.

Blizzard is currently testing major changes to Overwatch support hero Symmetra on its public test realm. With that?—?and as Overwatch professionals get used to new hero Sombra?—?the meta’s sure to shift again, creating new metas to deal with that meta, too.