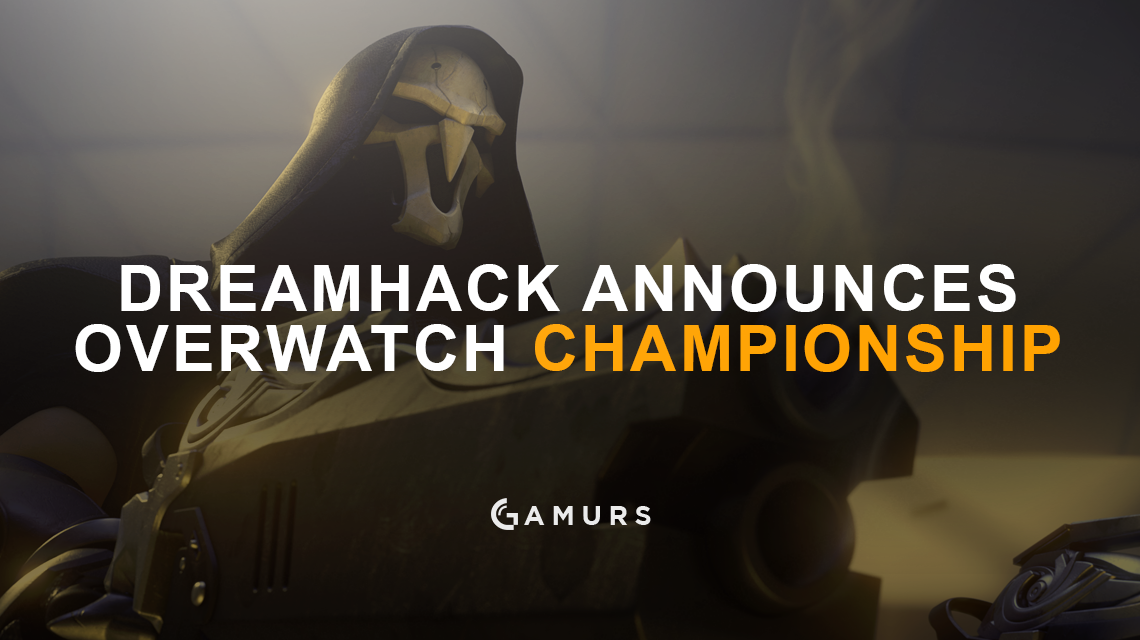 Another big Overwatch tournament is coming this year. This time the news come from DreamHack, as they announced a $50,000 Overwatch Championship.

There are three ways to qualify for DreamHack Winter. There will be two online qualifiers, one for Europe and one for North America, and another LAN qualifier that will be held at the DreamHack venue in Jönköping, Sweden. The two qualifying teams from each regional qualifier and the four teams from the BYOC LAN qualifier will battle it out in a final bracket.

The European qualifier will take place on Oct. 9-10, while the North American one will be held on Oct. 11-12. The offline qualifier will most likely be happening on Nov. 24. All the qualifiers will be double-elimination and best-of-three, with the qualifying rounds being best-of-five.

The main Overwatch event at DreamHack Winter will be seen on Nov. 25-26, and the eight qualified teams will battle for the prestigious title and prizepool. Teams will first compete in a group stage, with best-of-three matches. From there, the top two squads form each group will advance into a single-elimination bracket with best-of-five series. The prizepool is distributed as shown below.

The main event will be streamed live and you can catch all the action on www.twitch.tv/dreamhackoverwatch.

For more info you can read the full announcement here.

What do you think of the announcement? Let us know in the comments below or tweet us @GAMURScom.