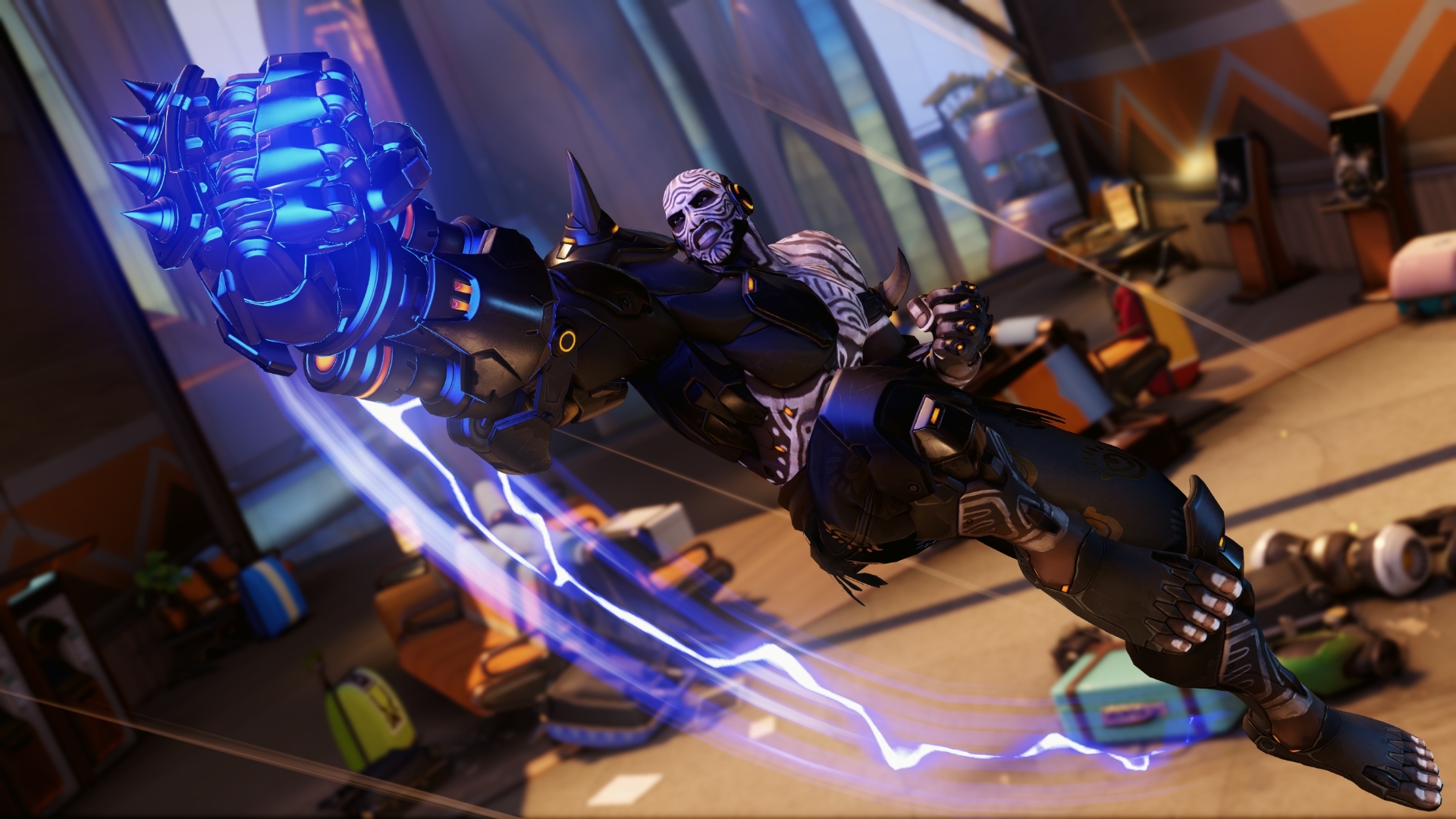 Doomfist has been on the Overwatch PTR servers for almost a week, but today we were given a first glimpse of his customization options.

Now also live on the PTR, Doomfist has a total of 57 unlockable items including skins, sprays, emotes, voice lines, and more. Check out every Doomfist skin in Overwatch for his impending launch.

All of Doomfist’s Rare (Blue, 75 Credits) skins are nature-related, most likely having to do with his Nigerian heritage.

Doomfist’s heritage is again channeled in his Epic skins (Purple, 250 Credits), as they both are colored to reflect his African roots.

Doomfist’s first two Legendary skins (Purple, 1,000 Credits) turn him into a metallic robot, taking him from a human with cybernetic enhancements to a full-blown cyborg.

Doomfist’s final two Legendary skins make him look like a mythical creature of sorts, and his gauntlet even has a creepy glowing face on it to match the mask on his own.

Just like all heroes before him, Doomfist has a slew of customization options, and each of the Legendaries have their own unique look and feel. Which skin do you like the best?