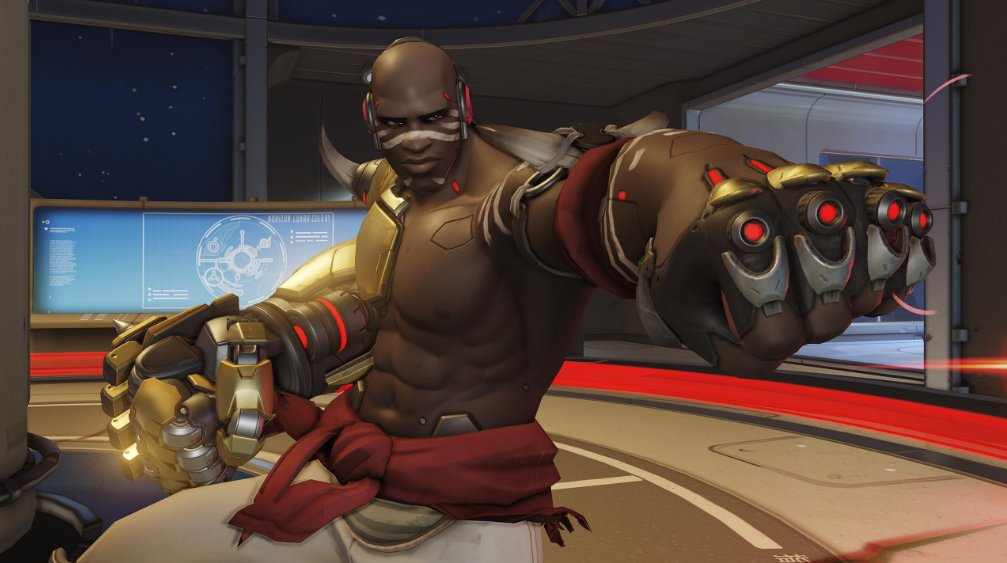 Doomfist is finally coming to Overwatch, and he has an awesome set of abilities.

Classified as an Offense hero, Doomfist is capable of dealing lots of damage, but he’s also more disruptive and mobile than you might originally think just by looking at him.

Let’s take a look at all of Doomfist’s abilities.

Doomfist fires a short-range shotgun-type weapon from his left hand, and it reloads automatically. It holds four shots, and each shot reloads itself one by one, automatically, after a short delay. Doomfist will need to get in close to deal the bulk of his damage, as the range on this attack is indeed quite short.

Doomfist launches forward, knocking back enemies in his path. This ability can be held down to charge, and the damage it deals is increased if the enemy hits a wall, much like Reinhardt’s Charge ability. Doing so leaves a large crater in the wall, similar to the one he left behind in Numbani’s airport.

The longer Doomfist charges up this ability, the farther he will launch himself. When he does so, he’s capable of traveling a pretty large distance in a short amount of time. It will be fun to use Rocket Punch to earn a last-second contesting of an objective from across a long area.

This ability is extremely disruptive and gives him the potential to mess with a teamfight in an instant, as the knockback will undoubtedly be used to clear opponents off of an objective or finish them off when they are weak. It can be a bit telegraphed, however, as both he and his gauntlet make a noticeable noise as he charges up the attack.

Doomfist jumps into the air and punches the ground with his gauntlet, damaging an enemy and launching them a short distance into the air. This ability is also disruptive, as it stuns the enemy for a short duration while they are in the air.

Seismic Slam combos very well in concert with his next ability…

This ability is Doomfist’s main source of mobility, as his default running speed is on par with a lot of the cast. As he jumps straight up into the air, he punches and does pretty nice damage to an enemy, also knocking them up into the air with him. This ability will be great as a combo starter in numerous ways, as he can follow up with any one of his abilities to finish them off. He will need to be very close for this attack to hit, as it has a short range.

This ability has a lot of potential for Doomfist to reach certain high ground areas, and he can also use it as a way of escaping enemy fire.

Whenever Doomfist deals damage with one of his abilities (other than his primary fire), he gains shields. This will be huge and undoubtedly help turn the tide in his favor in lots of fights—if the player manages to control their cooldowns well.

Doomfist’s starting HP is 250, but he can easily get his overall health pool to over 300 when he deals damage with his abilities.

One of the coolest Ultimate abilities in the game. Doomfist launches himself high up into the air and out of view, leaving a target area on the ground below. The player can then move the target to aim at enemies. When triggered, he falls to the ground after a short delay, dealing a massive amount of damage to those closest to the center of his target circle.

Doomfist is now live on the PTR, and it remains to be seen how his addition to Overwatch’s roster will change up the current dive-heavy meta in the game’s competitive scene, but he certainly has a lot of potential.