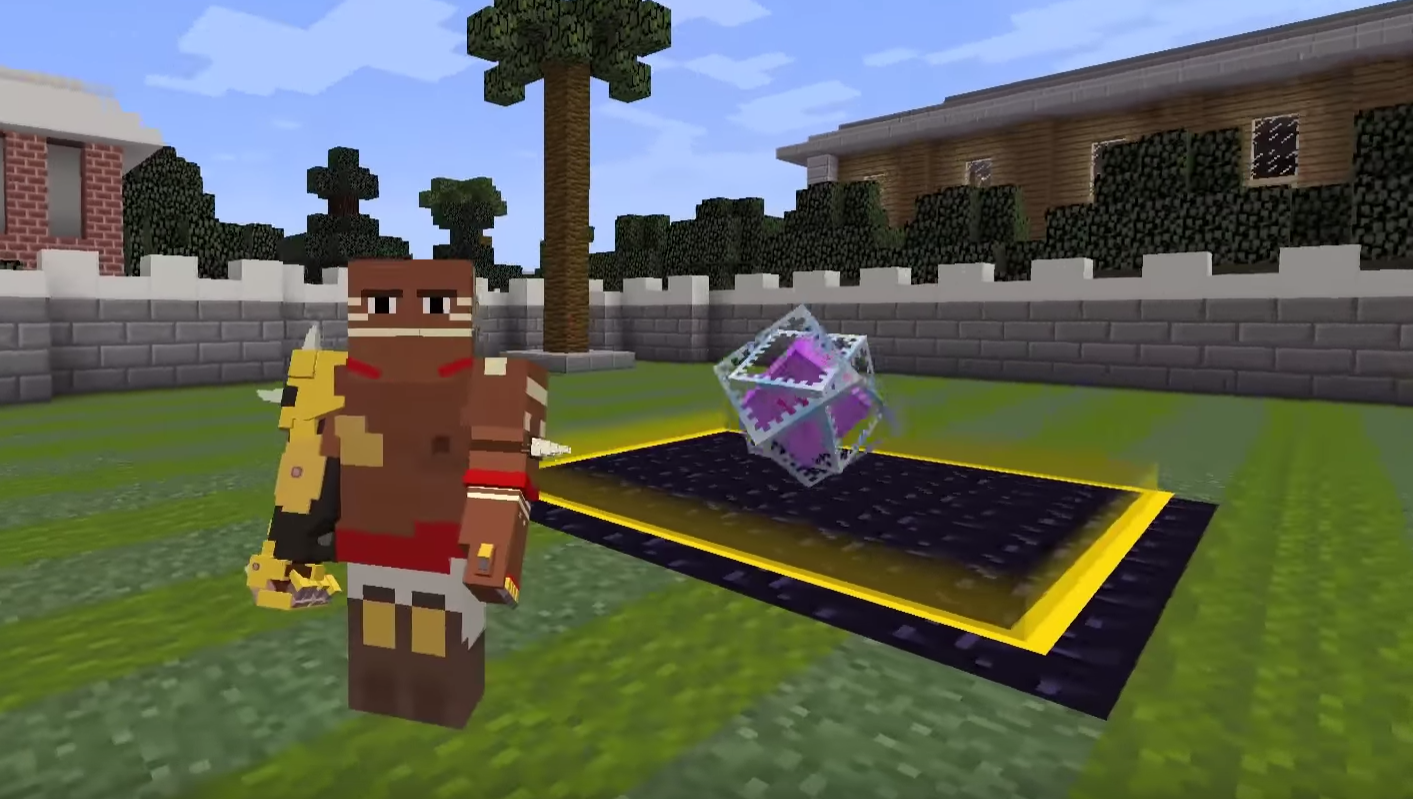 Overwatch’s newest hero is already pummeling polygons in another game.

Minecraft has a dedicated community of players building out Overwatch in the block-based world. So it’s no surprise to see that one of them has already made a Doomfist.

It only took Minecraft creator McMakistein one week to model the new Overwatch hero and recreate his abilities in the game using more than 400 Minecraft command blocks. “The first thing in my process is always making the models,” McMakistein said on Reddit. “Once they’re done, I then program a running animation and just the visual appearance in general.”

Related: There’s a community of Minecraft players building out an Overwatch world

The abilities get created one-by-one after that. He’s able to get it all done so quickly because hero mechanics are usually pretty similar, so he’s able to reuse code from older characters. Doomfist in Minecraft has all the same abilities as he does in Overwatch—Hand Canon, Seismic Slam, Rocket Punch, Rising Uppercut, and ultimate ability Meteor Strike.

Like with in Overwatch, your ultimate ability meter needs to be filled up to 100 percent to use it. The best part, though? You can import Doomfist into your own game using McMakistein’s work. The command is available on his site. The video explains how to get everything to work.

He’s also uploaded other heroes, like Genji, Hanzo, and Tracer, but it’s unlikely we’ll be able to see two teams of six in action on a Minecraft-based Overwatch map.

“It’s not possible with the scale I’m making these characters at,” McMakistein said. “Even one character produces a considerable amount of lag. Having 12 different characters active at once would kill the user’s computer.”