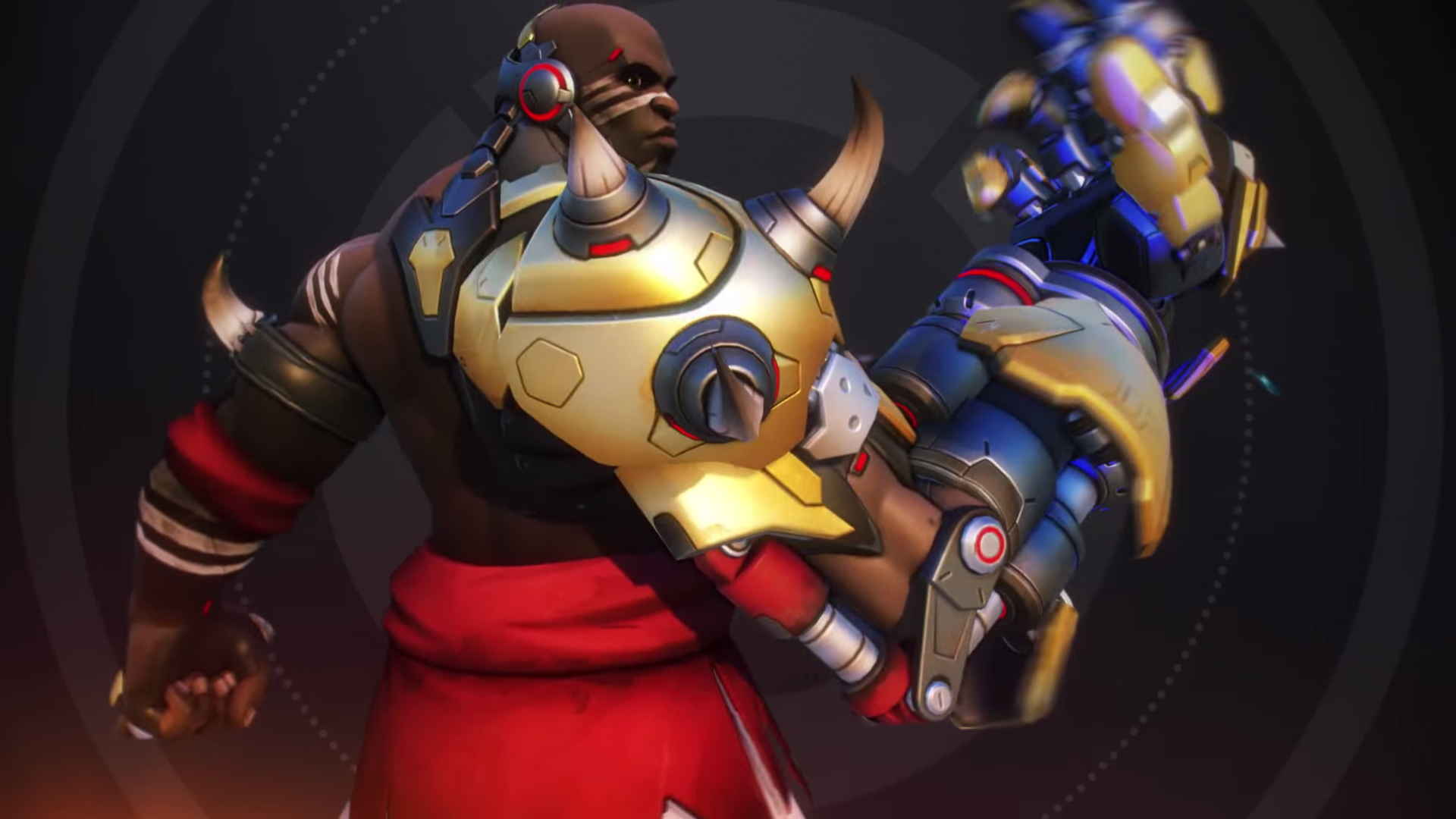 Doomfist—Blizzard’s most anticipated Overwatch hero—is now playable on the game’s public test region. He’s not a tank like many expected; Doomfist is actually a highly-mobile offense hero with ranged damage. He’s also got melee abilities that knock out his enemies.

Akande Ogundimu is a Talon agent recently freed from imprisonment. His mission? Plunging the world into a new conflict, which he thinks will make it stronger. He’s a major part of the Talon leadership, Overwatch game director Jeff Kaplan said in a Developer’s Update—meaning Reaper isn’t the sole leader of Talon. There’s actually a council of leaders who oversee the group.

Doomfist’s abilities include his Hand Cannon, which fires a short range burst from the knuckles of his fist. Ammunition automatically regenerates. Seismic Slam has Doomfist leaping forward and smashing the ground to bits, knocking down nearby enemies.

Rising Uppercut is a melee attack that punches enemies into the air, while Rocket Punch is a knockback melee attack. Doomfist also has a defensive passive that generates personal shields when he deals ability damage. His ultimate, Meteor Strike, deals area-of-effect damage to anyone caught in the blast.

With Doomfist now in the Overwatch universe, we can expect major conflict.