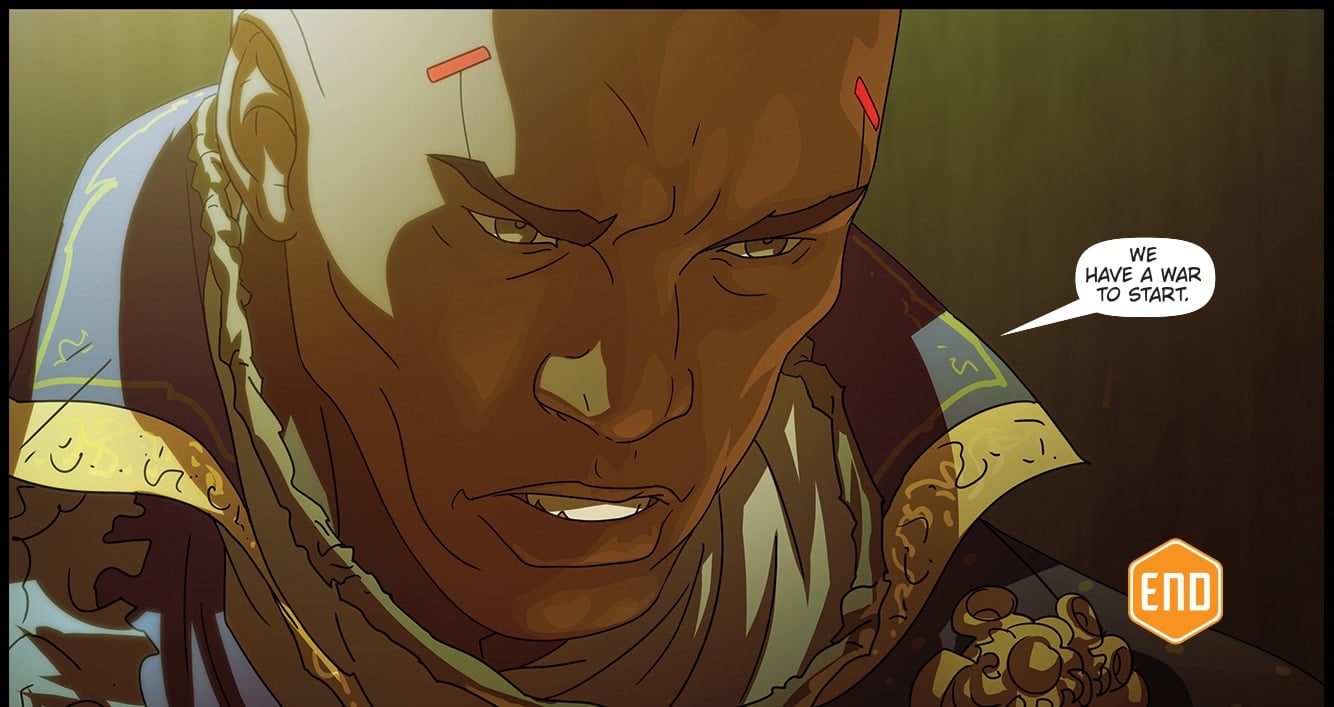 Reaper isn’t the lone leader of Talon, Blizzard revealed when new Overwatch hero Doomfist was announced. Doomfist and Reaper are both part of an inner circle of Talon leaders, all of which we’ve yet to meet. But with the release of Doomfist: Masquerade, a new digital Overwatch comic, that’s changing.

The comic, released today by Blizzard, details what Doomfist’s been up to since breaking out of prison—presumably, before he got his namesake gauntlet back, too.

After Reaper helps Doomfist break out of prison, the titular baddies head to Monaco to meet with another Talon leader—a stylish omnic named Maximilien. With Widowmaker and Sombra at his side, Doomfist discusses the future of Talon with the omnic leader, where it’s revealed that not everyone in Talon is pleased with Doomfist.

And the folks who don’t want Doomfist in power? He’s got to take them out. He heads to Venice, Italy—to a masquerade party, naturally—to eliminate the person holding him back. And that’s exactly what he does: Doomfist throws the mystery man off a ledge.

Surrounded by Talon leaders, Doomfist then initiates a war.

Besides moving the Overwatch story forward, Doomfist: Masquerade reveals important details about the inner workings of Talon. As you might expect, Talon isn’t exactly a happy family. Secrets are everywhere. Sombra’s sneaky actions, for one, aren’t as secret as she may think: Reaper is aware of how she complicated the Volskaya mission. Reaper, on the other hand, isn’t as clued in as he might expect, either.

Doomfist keeps the identity of the man he kills from Reaper—but presumably discusses it with Widowmaker in Monaco, suggesting it might be a guy called Vialli. Does it mean anything? We’ll likely find out soon.

Reaper also casually mentions at the beginning of the comic that he’s already offed a few Overwatch folks after nabbing the team’s database. He mentions, too, that tensions in London are “boiling over,” reaching levels that rival the mood after the Omnic Uprising.

When Doomfist enters the game on July 27, we can expect more to be revealed about this upcoming war.