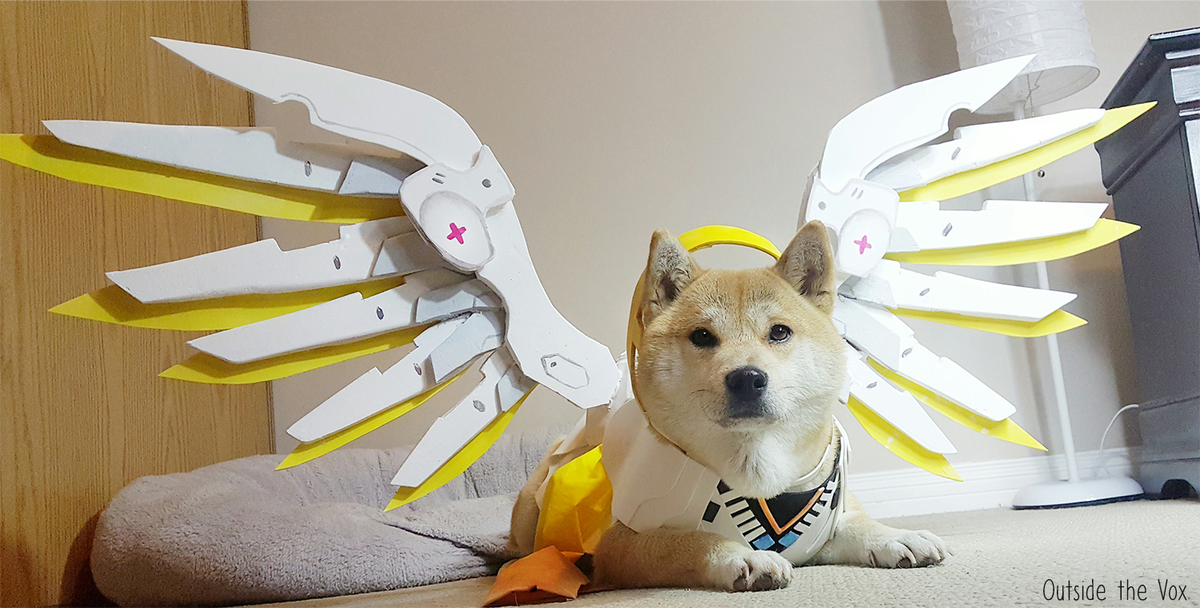 Photo via Outside the Vox

Twitter user Outside_the_Vox is creating Overwatch cosplay for an adorable Shiba Inu dog called Vox. The distinguished pup has a variety of outfits—everything from Pharah and Mercy to Junkrat and Sombra. Vox (and the human companion) are even working on a Doomfist cosplay—it’s expected to be ready sometime next week. Until then, we’ve just got the previous cosplays to admire, but they’re pretty great, too.

Here are some of our favorites.

Sweet Vox seems pretty happy with their Symmetra turrets—but it’s pretty obvious that Reinhardt is its main, from the smile on its face. Now that’s one way to get your human to give you more treats.

But it’s not only Vox the dog getting into the cosplay action. The folks over at Cat_Cosplay are also dressing up their animals in Overwatch gear. Our favorites are Gremlin D.Va cat and kitten Junkrat.

Just look at those eyebrows and that crazy stare. There’s never been a more precious Australian feline ready to blow things up. We’re still a little disappointed that we never got to see Overwatch’s jet pack cat hero, but these animal cosplays are a nice consolation prize.