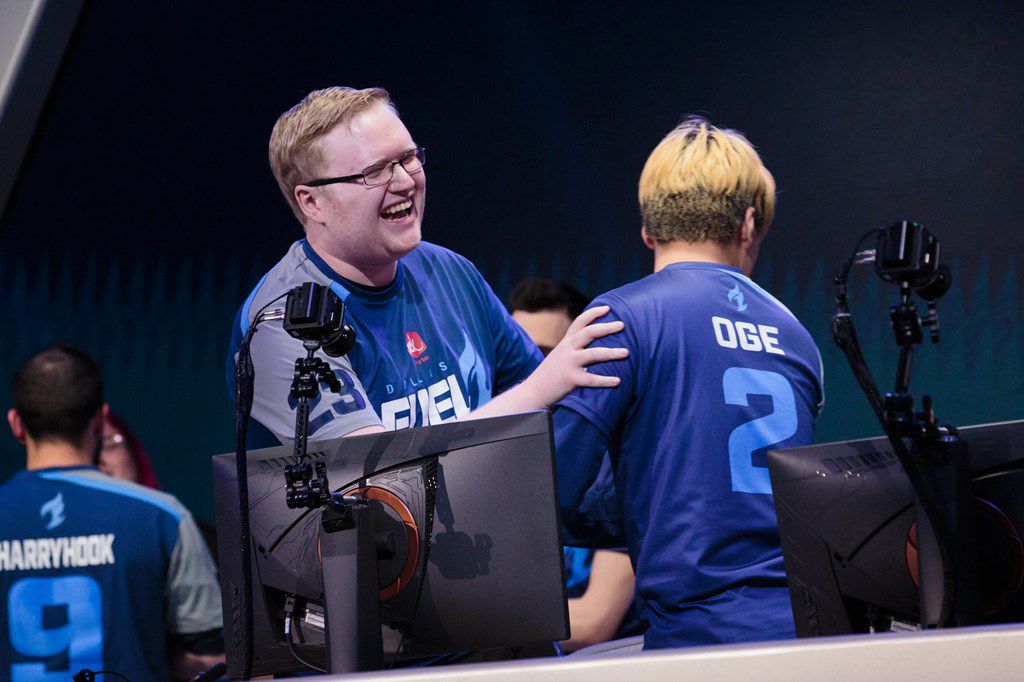 London Spitfire entered the day ranked second in the Overwatch League standings, but they sure didn’t play like it.

Dallas Fuel dominated London tonight in one of the shortest matches of the season, skunking Spitfire in the first three maps to win the series before they gave up a single point.

London Spitfire stubbornly stuck to a full-dive composition on Blizzard World despite playing it into Dallas Fuel’s Brigitte—and they paid for it, failing to capture the opening point. Then they gave an encore on Horizon Lunar Colony, again falling to capture a single point. Fuel quickly swept Lijiang Tower after halftime, finishing one of the fastest wins we’ve seen in the OWL.

Spitfire finally came alive in the final map, winning Watchpoint: Gibraltar after stuffing an overtime push from Fuel in the closing moments—but that’s hardly a comfort after such a poor showing.

The loss showcases one of Spitfire’s awkward tendencies through the season: They fail to adjust their team compositions when needed. The team features one of the most talented lineups in the league on paper, but they look like they are less than the sum of their parts—and they certainly seemed like it today.

But while Spitfire look like the stronger squad on paper, Fuel have actually outperformed them slightly in stage four, and today they proved it decisively. Fuel are now 4-2 on the stage, squarely in stage playoff contention, while Spitfire fall to 3-3 with a poor negative five map differential. The slower meta where Fuel can feature flex player Pongphop “Mickie” Rattanasangchod on Brigitte fits their personnel better than the more dive-focused metas of the first three stages. And their recent coaching change, bringing Aaron “Aero” Atkins in as head coach, has produced dividends.

The consolation for Spitfire is that they still have a season playoff spot locked down, but if they continue playing like they did tonight, they may not hold it for long. London is now 23-13 on the season with a positive 32 map differential. They’re only two wins ahead of the seventh-place Philadelphia Fusion, so they can’t afford to drop winnable matches like this one.

Dallas Fuel may not be in the race for a season playoff position, but they’re making their presence felt in the playoff race with wins like this one.