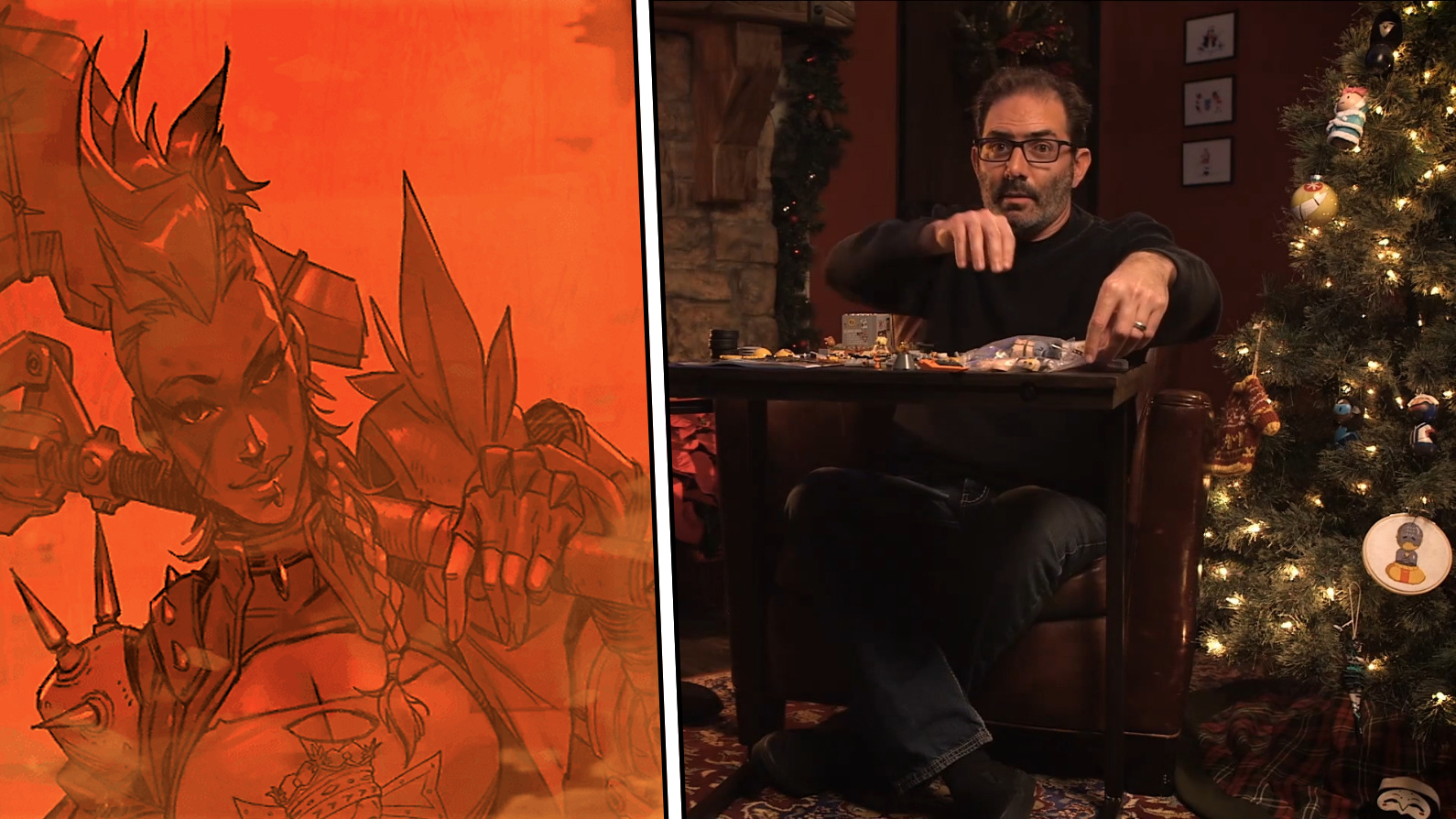 Image and Screengrab via Blizzard Entertainment | Remix by Milo Webb

Fans who tuned into Overwatch game director Jeff Kaplan’s annual Yule Log stream earlier this week may have been lucky enough to catch Kaplan potentially teasing the next hero to join the cast: Junker Queen.

While he quietly sat building a Junkertown-themed Lego set, Kaplan suddenly began discussing the topic of the Junker Queen and questioned if the elusive Overwatch character would ever become a hero.

He then began theorizing what role the character would land in.

“What would she be?” Kaplan said. “She’s not going to be support, right? That doesn’t make a lot of sense. Maybe she’s a tank. She could be damage. Damage or tank would be cool.”

The Junker Queen is one of the most popular characters in the Overwatch universe that isn’t already a part of the in-game roster. She was mentioned early on during the animated short “Junkertown: The Plan” as the leader of the Australian scavenger gang known as “The Junkers.” She also made a cameo appearance during Wrecking Ball’s origin story, during which she declared the hyper-intelligent hamster the winner of the Scrapyard brawls.

The Queen and her followers reside in the shantytown and escort map Junkertown where players can find posters of her plastered on the walls. Her voice can also be regularly heard over the town’s intercom shouting Junker dogma to those entering her city.

So is Junker Queen a shoo-in for the next hero to join Overwatch’s roster? Unfortunately, we don’t know for certain yet.

Kaplan has played mind games with fans before regarding hero releases in Yule Log streams. During the 2017 stream, the game director thanked players for a great year and began revealing an upcoming hero when the broadcast was inexplicability “hacked.”

Is this tease another case of Kaplan trolling or could it be the first glimpse of what’s to come? Overwatch fans will likely need to patiently wait to find out the truth next year.