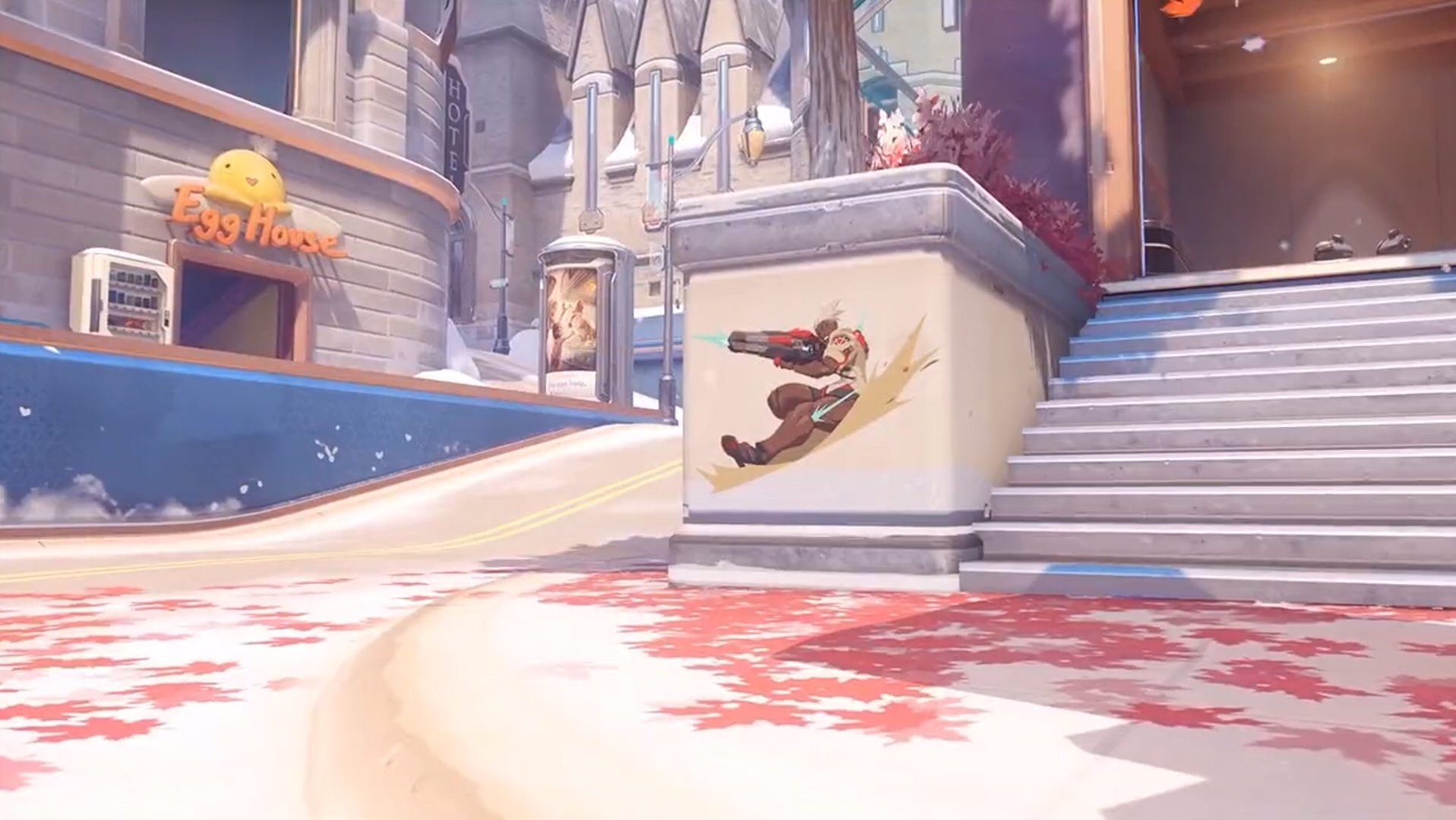 Overwatch 2 developer Blizzard Entertainment has started promoting its recent collaboration with Butterfinger, but the partnership’s rewards are leaving some players confused.

In a tweet posted last night, the official Overwatch Twitter account posted instructions on how players can claim in-game sprays after purchasing a certain amount of Butterfinger-brand candy bars. The tweet instructs players to buy two Butterfinger bars or one Butterfinger bag, upload their receipt online, and connect their account to receive a spray. It also includes videos of three sprays: one of Sojourn, one of Junker Queen, and one of Kiriko.

These rewards are different than the ones listed on the Butterfinger promotional website. Clicking the link titled Offer Items at the bottom of the screen brings up three tiers of reward items. The first tier is the Sojourn Power Slide spray shown in the tweet. The second tier is the Junker Queen Golden Crown spray, which was also shown in the tweet.

The third tier, however, is listed as “Geranman icon” rather than the Kiriko spray that was included in the tweet. It’s not clear whether the player icon or the Kiriko spray is awarded as the tier three reward. Dot Esports has reached out to Blizzard for comment and will update with its statement.

The Butterfinger x Overwatch 2 promotion has been going on since Nov. 2 and will continue until Jan. 31. To get all three tiers of rewards, players must purchase six Butterfinger bars or three bags total and upload their receipt(s) through the Butterfinger promotional website. The site has a full list of eligible products, which includes certain Crunch and Baby Ruth candy bars as well as Butterfingers.

Update Dec. 2 4:03pm CT: PR representing Butterfinger has shared additional information with Dot Esports. Players can obtain the Kiriko spray only by purchasing two qualifying Butterfinger bars or one Butterfinger bag at the convenience store Circle K, after which they can receive a text providing a code for the spray. Butterfinger purchases made at any other eligible store will receive the Sojourn and Junker Queen sprays and the Geranman player icon via receipt upload.