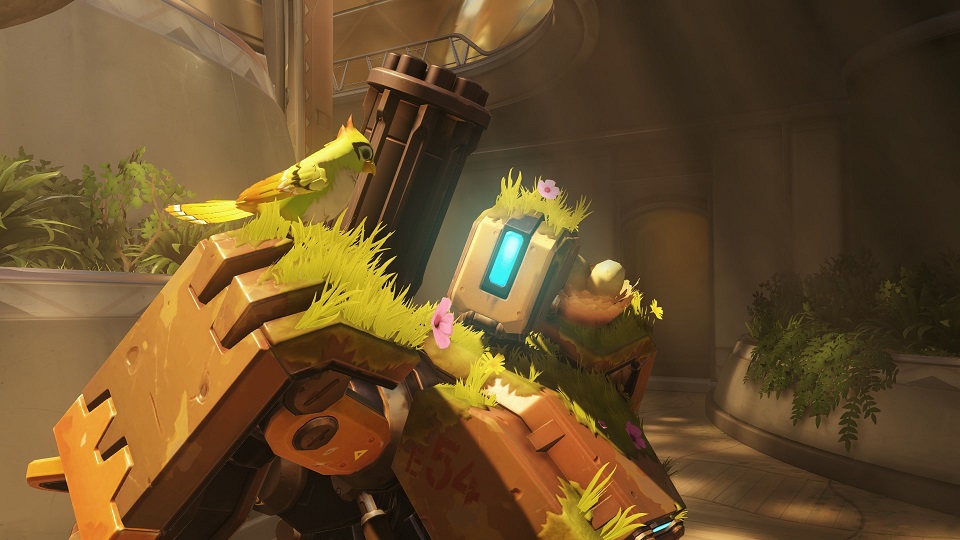 In just one day, the Overwatch open beta will shut down, leaving fans eagerly anticipating the game’s launch later this month. The budding Overwatch esports scene closed out the beta in style today with the $5,000 Overkill tournament, the biggest event in the game’s young history.

Over 18,000 people tuned in to watch American side Cloud9 take on Europe’s top team Reunited.gg in a best-of-nine series.

Cloud9 took the title in a closely contested 5-3 series. The teams traded maps on their respective continent’s servers until Cloud9 scored the final win on control point map Anubis.

The match featured a number of unexpected moments, including Cloud9 pulling out surprise pocket pick Bastion. The scourge of public players, Bastion often struggles to survive in the pro scene. But Cloud9 nearly made it work on Dorado after Reunited stalled them on the last checkpoint, leading Lane “Surefour” Roberts to pull out the turret tank and blast away Reunited’s stalling triple Winston composition from the safety of the ledge overlooking the checkpoint. He blitzed the final point with the powerful ultimate, but it wasn’t enough for Cloud9 to take the victory as Reunited stormed back on their own attack.

The next map, LiJiang Tower, went to the wire. After taking the first segment, Cloud9 scored 99 percent of the capture before Reunited came back to win the round, setting up an exciting final bout on the garden segment. Cloud9 opened with Bastion yet again, defended by a Reinhart which is almost never played on King of the Hill, to counter Reunited’s cookie cutter 2-2-2 Winston, Tracer, and Lucio lineup. It worked.

Reunited couldn’t deal with the damage output and lost the point, failing to attack into Cloud9’s impregnable defense until they again reached 99 percent of the capture point. But Reunited moved to a Reinhart composition themselves, and somehow captured the point in overtime once again. Reunited took the point to overtime of their own, but a shrewd swap to a 2-2-2 variation eventually gave Cloud9 the win off the back of a push with two Lucio ultimates.

Cloud9 won two of the next three maps, eventually taking the win.

That victory seals Cloud9’s spot as the most prominent team of the Overwatch beta, winners of the two biggest tournaments so far: Overkill and the One Nation of Gamers Overwatch Invitational. The team features a mix of talented shooter veterans and World of WarCraft arena gamers who use their creativity and teamwork to leverage the sheer mechanical talent of players like SureFour to dominate the beta.

In Europe, Reunited, formerly Fnatic, went through a few shifts in roles and roster but clawed their way from just outside the top to become the best team in Europe after the dominant IDDQD lineup fell apart.

Of course, with the game shutting down for a couple weeks and access opening up to anyone who is willing to buy the game later this month, new blood will soon be nipping at their heels.

On May 28, less than a week after the game’s release, Esports Arena in California will host a $10,000 Overwatch tournament with open registration. If any newbies want to try their hand at the game, though, they’d do well to watch up on matches like this one. Cloud9 is the best team in Overwatch right now, and they’re tough to beat.