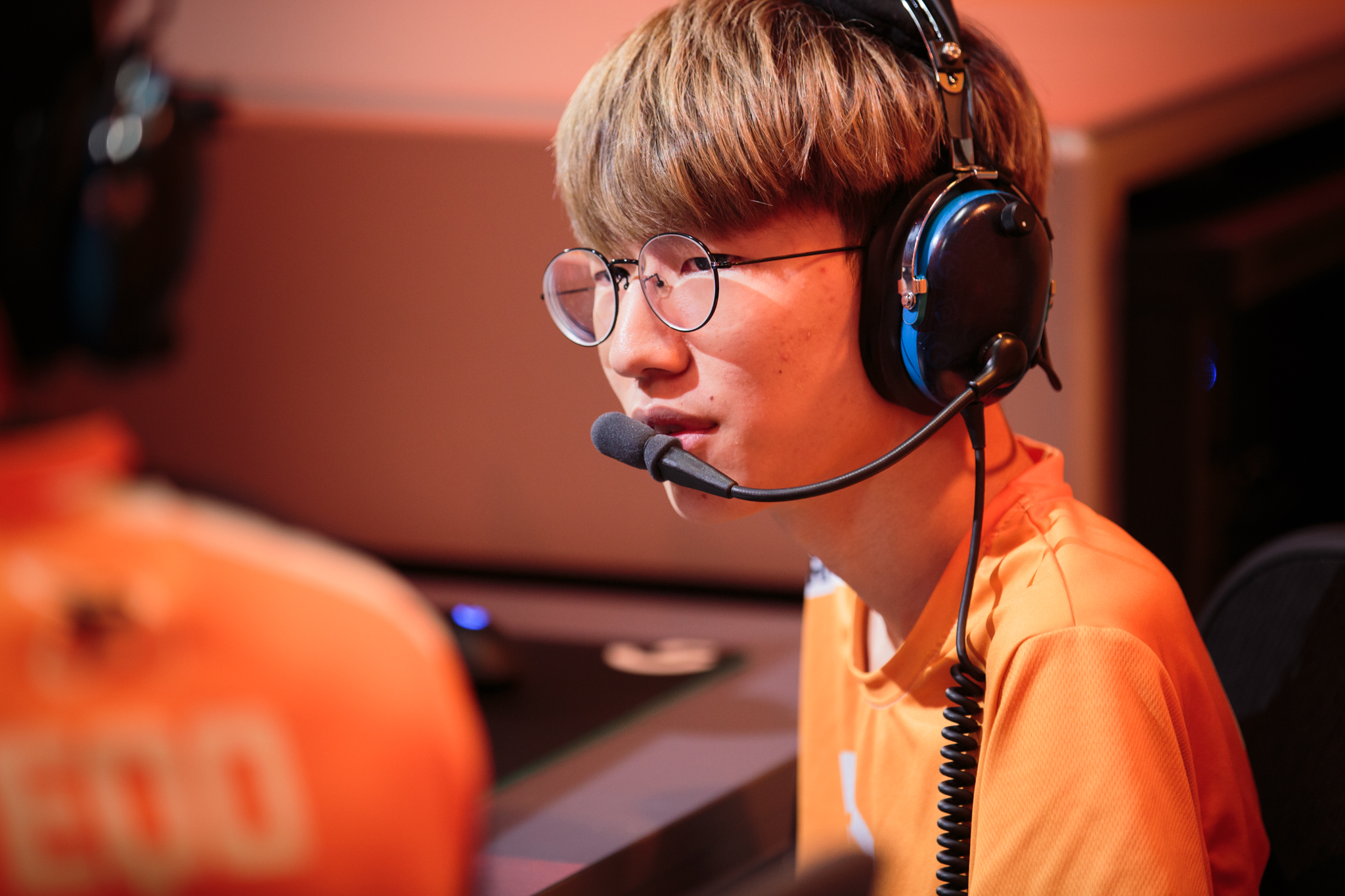 Stiker’s Barrage knocks out Philadelphia Fusion’s Choi “HOTBA” Hong-jun, Isaac “Boombox” Charles, and Alberto “Neptuno” González Molinillo. Striker takes out Kim “Sado” Su-min before getting sniped by Philly’s uncontested Widowmaker, Lee “Carpe” Jae-hyeok. But the damage has been done: Most of the Philadelphia team has been wiped, and Boston looked prime to take the point.

But what we learned last night in the Overwatch League is that if Carpe is alive, anything can happen. Carpe picks off Kalios before turning on his infra-sight just outside of the Lijiang Tower point. Boston is so focused on the Barrage and Graviton Surge setup aimed at taking back the point that they don’t notice Carpe lurking just behind the wall.

With a flick, Carpe snipes Boston’s Mercy player through a sliver of a window before flinging himself onto the point. Boston Reinhardt player Noh “Gamsu” Young-jin is there, but with a little help from Josue “Eqo” Corona on Pharah, Carpe knocks him out, too. As the casters point out, there’s just one question to ask—and it’s not “Who is Carpe?” No, it’s “What is Carpe?”

The win on Lijiang Tower was the final blow to end Boston Uprising’s regular season win-streak, which lasted the entirety of the Overwatch League’s third stage. It’s a stunning play by Carpe made even sweeter by ending a dominating win-streak. Philadelphia plays Florida Mayhem next on May 19.