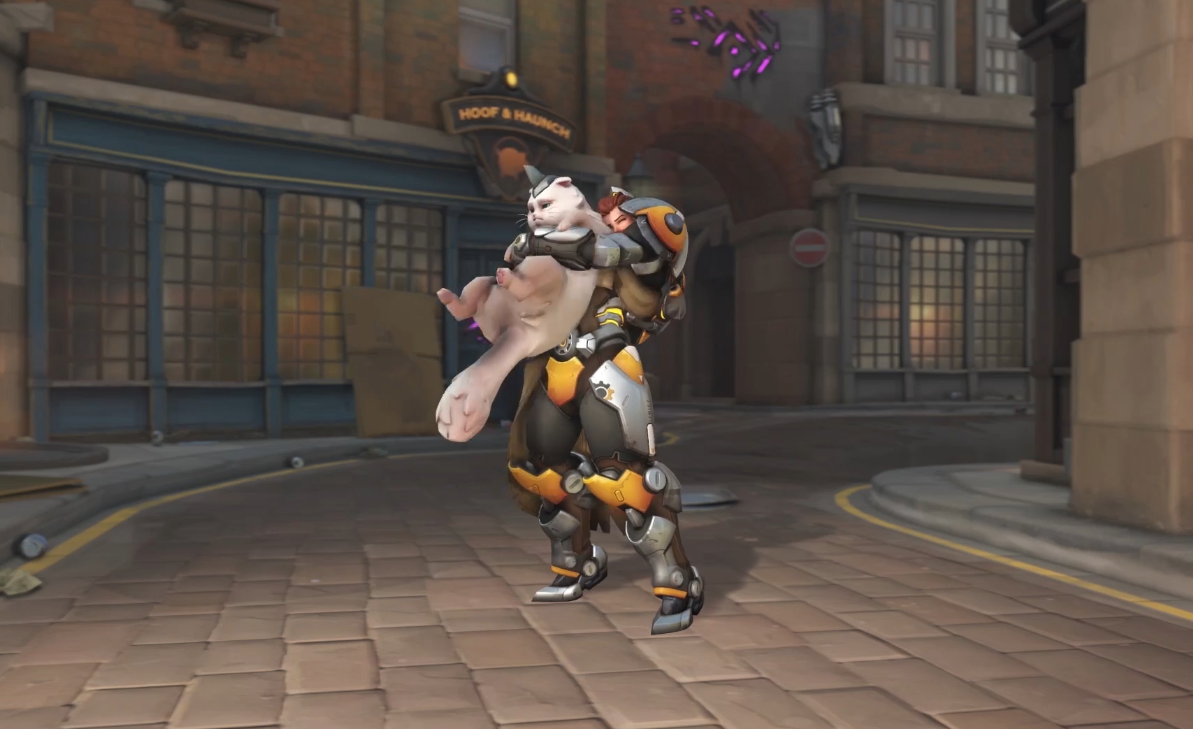 Jetpack Cat is coming to Overwatch—well, sort of. Although we won’t get to play as him anytime soon (if ever), Overwatch’s Archives event added the mythical feline to the game as one of Brigitte’s emotes.

The animation shows Brigitte holding and cuddling her pet cat. The hero picks her cat up, much to its dismay—the look on its face is a perfect blend of annoyance and resignation. Although the Jetpack Cat was part of the in-game universe and was featured in some sprays, this emote marks the first time we’ve seen the feline in its full 3D glory.

Jetpack Cat quickly achieved nearly mythical status in the Overwatch community. In 2017, game director Jeff Kaplan revealed to GameSpot that developers had thought about making a cat hero. Its premise was simple: “It was this jetpack and it had this cat that laid in it, like a cat does,” Kaplan said. Ultimately, the character got scrapped for several reasons, but the legend lives on.

Although the character was removed from gameplay, its in-universe existence wasn’t completely deleted. Brigitte joined the roster of Overwatch in 2018 and Jetpack Cat made a (re)appearance with her.

A previous teaser for Brigitte showed the schematics for her shield. But the highlight of the cryptic clue is a conspicuously-hidden blueprint in the background—it appears to show a jetpack thruster sitting above a cattail.

Brigitte’s “Origin Story” video consolidated Jetpack Cat in Overwatch history. The cinematic shows the hero building a suit of armor on her (visibly annoyed) cat, much to the furor of the community.

The short gave Jetpack Cat a canon spot in Overwatch history. It’s not the ending some of us wanted deep down, but it was enough to crown the feline as a known figure for the game.

This year’s Archives event runs until April 2. Players have until then to acquire the emote for 750 Credits before it gets locked out of the rotation for another few months. The animation should make a return in the Anniversary event that usually happens in May.