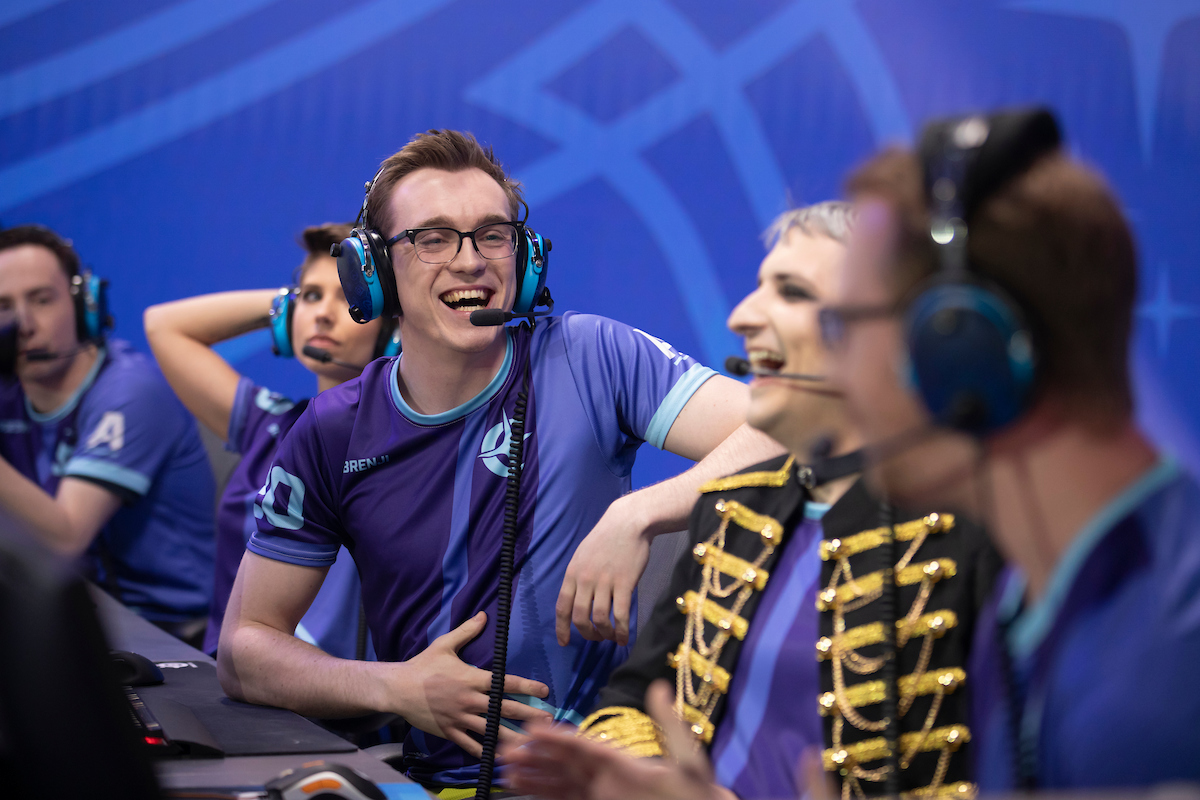 Bren has a long history of talking up his Widowmaker skills, which he refers to as the “Bridowmaker.” After an impressive showing on the sniper hero during the Talent Takedown at May’s All-Star Games, he claimed that he would take on any Overwatch League player who challenged him. London Spitfire main tank Hong “Gesture” Jae-hee took Bren up on his trash talk at the All-Star event and demolished him, 7-2.

When the event began today, host Alex “Goldenboy” Mendez welcomed Babybay to a roaring home crowd. Just as they remarked that they’d be surprised if Bren showed up to the event at all, entrance music straight out of a wrestling match started playing. Bren entered the sold-out arena wearing Widowmaker leggings, no shirt, a fuzzy coat, and socks with slide sandals. It was a true power outfit.

“It’s going to be a disaster,” Goldenboy said as Bren and Babybay sat down at their computers. The duel was a “headshot only” game mode to nine points. While Babybay is a storied DPS player, having played for the San Francisco Shock in the first season of the Overwatch League, popular content creator BadPachimari made a compilation proving that Bren isn’t as awful at Widowmaker as we all assume he is.

Bren managed to take first blood with a headshot onto Babybay as the game began. He even managed to take two points early on in the game. Fans had hope until Babybay started to actually pay attention. Babybay quickly racked up seven points and gave Bren the opportunity to earn a third point by waving hello instead of shooting. The final score was 9-3 in favor of Babybay.

This is the second Widowmaker duel Bren has lost to a professional Overwatch League player, but it’s likely not the last.

The Atlanta Reign have two matches at this weekend’s Atlanta Homestand games. They play the Toronto Defiant today at 2pm CT and the Florida Mayhem on July 7 at 2:25pm CT.