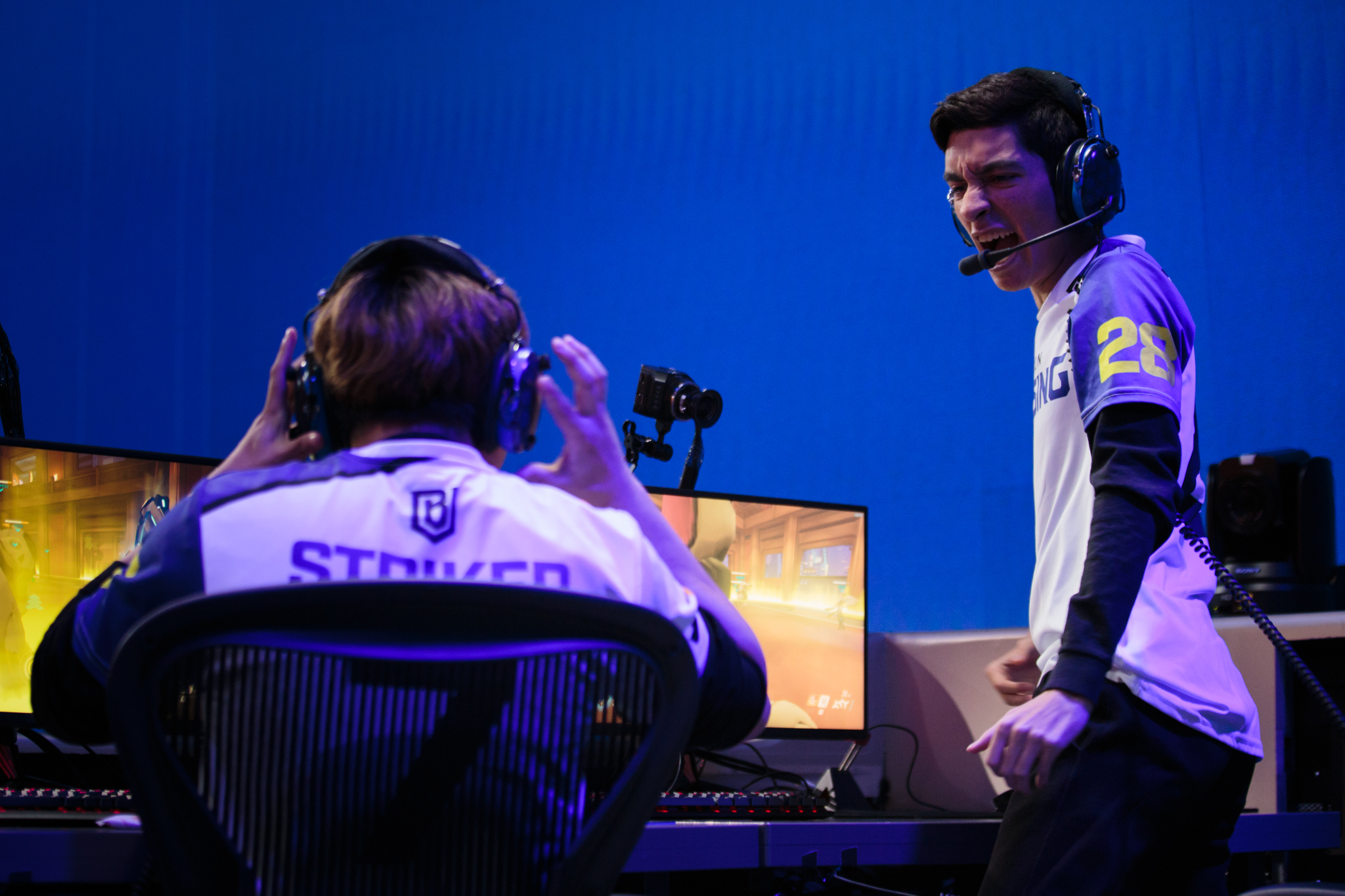 The Los Angeles Valiant are supposed to be the best Western team. The Boston Uprising were supposed to be at the bottom of the standings. But today, the Uprising made a statement, sweeping Valiant to show they deserve to contend for the playoff stage.

The match itself should have been a close one: Both teams are known for their reliance on dive compositions, potentially setting up a close battle between similar styles where skilled players would shine and clutch plays would make the difference.

No one accounted for the fact that Jonathan “DreamKazper” Sanchez would make all of them.

The young DPS player played out of his mind for the entire series, showcasing a ridiculous knack for scoring massive multikills on Pharah, Genji, and even Widowmaker.

Then, on Horizon, his Genji got the clutch Dragonblades and deflects, like his almost comical deflection of Terence “SoOn” Tarlier’s slowly charged Graviton Surge.

On Oasis, he continued his Pharah dominance, including one of the best individual plays of the season so far.

DreamKazper announced himself as a world-class DPS player in this match, but really that’s something he and his teammates have been doing all season. No one thought the Boston Uprising could contend for a playoff position when their roster was announced before the season, but they’ve proven they can beat any team in the world. Their tank line is impressive in aggression and coordination, especially after Lucas “NotE” Meissner earned the full-time flex spot. Their support play is solid. Their DPS are budding superstars. DreamKazper is incredible, but his partner, Tracer main Kwon “Striker” Nam-joo, outplayed SoOn in this match and is garnering whispers that he might be the best Tracer in the league.

Uprising is a fitting name for the team, considering their lineup of no-names is rising to the top of the standings.

The loss was a rough one for the Valiant, who were missing versatile DPS player Ted “Silkthread” Wang and starting support Benjamin “uNKOE” Chevasson due to illness. A win would have put them in the driver’s seat heading into next week’s match against the Seoul Dynasty.

Now, they’re stuck at 5-3 along with the Houston Outlaws, Philadelphia Fusion, and the Boston Uprising. Next week will be a bloodbath with those four teams challenging the three all-Korean frontrunners London Spitfire, New York Excelsior, and Seoul Dynasty. If Valiant beat the Dynasty next week, they’ll open the door for the field. But they’ll need a better performance than they had today—although it’s hard to see anyone beating Uprising with DreamKazper playing like he did today.