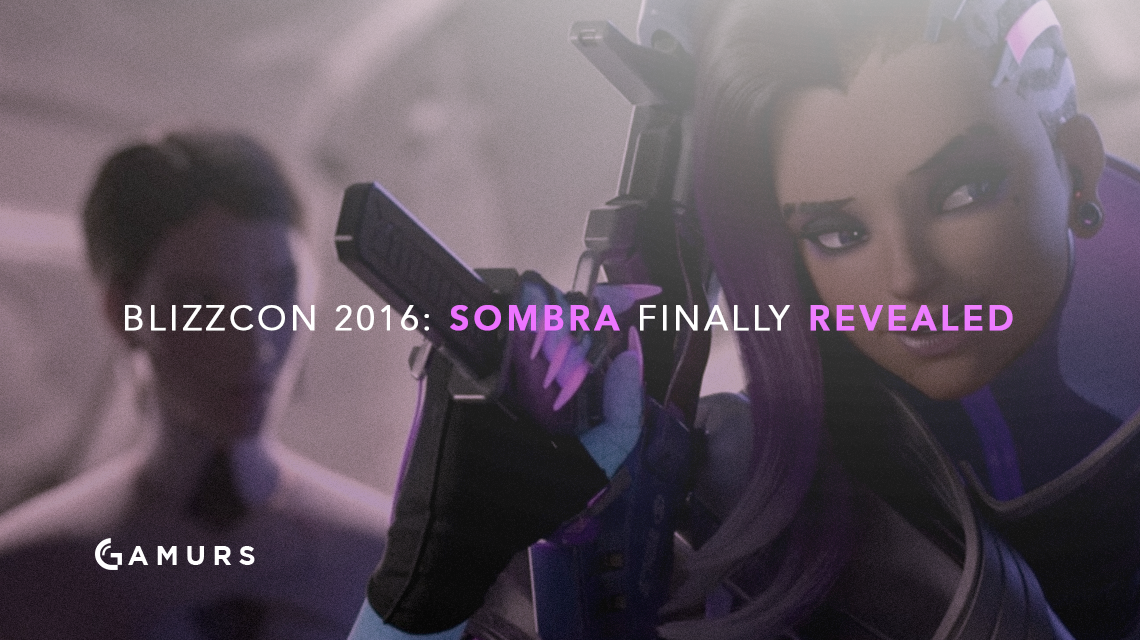 Finally, after months of lengthy and sometimes frustrating hints, teasers and a convoluted ARG, Blizzard has officially announced Sombra as the next hero to join Overwatch. She is described as a stealthy, offensive hero who’s able to hack enemy abilities.

Check out the new digital short “Infiltration” which debuted during the BlizzCon opening ceremony today:

More information about Sombra was revealed on the Overwatch Web site, including an overview of her kit.

Bio: Stealth and debilitating attacks make Sombra a powerful infiltrator. Her hacking can disrupt her enemies, ensuring they’re easier to take out, while her EMP provides the upper hand against multiple foes at once. Sombra’s ability to Translocate and camouflage herself makes her a hard target to pin down.

Hack: Sombra hacks enemies to temporarily stop them from using their abilities, or hacks first aid kits to make them useless to her opponents.

Thermoptic Camo: Sombra becomes invisible for a short period of time, during which her speed is boosted considerably. Attacking, using offensive abilities, or taking damage disables her camouflage.

Translocator: Sombra tosses out a translocator beacon. She can instantly return to the beacon’s location while it is active (including when it’s in mid-flight).

It certainly sounds as though Sombra will be a forced to be reckoned with as a new DPS character with plenty of interesting abilities. Her Ultimate Ability, EMP, is sure to change the way the game is played as she disrupts team fights and more.

Sombra will be playable on the PTR server next week. More info about Sombra and the future of Overwatch will be revealed during the game’s panel later today at BlizzCon.

Are you excited to see more of Sombra? Let us know in the comments below and follow @GAMURScom on Twitter for further esports coverage.