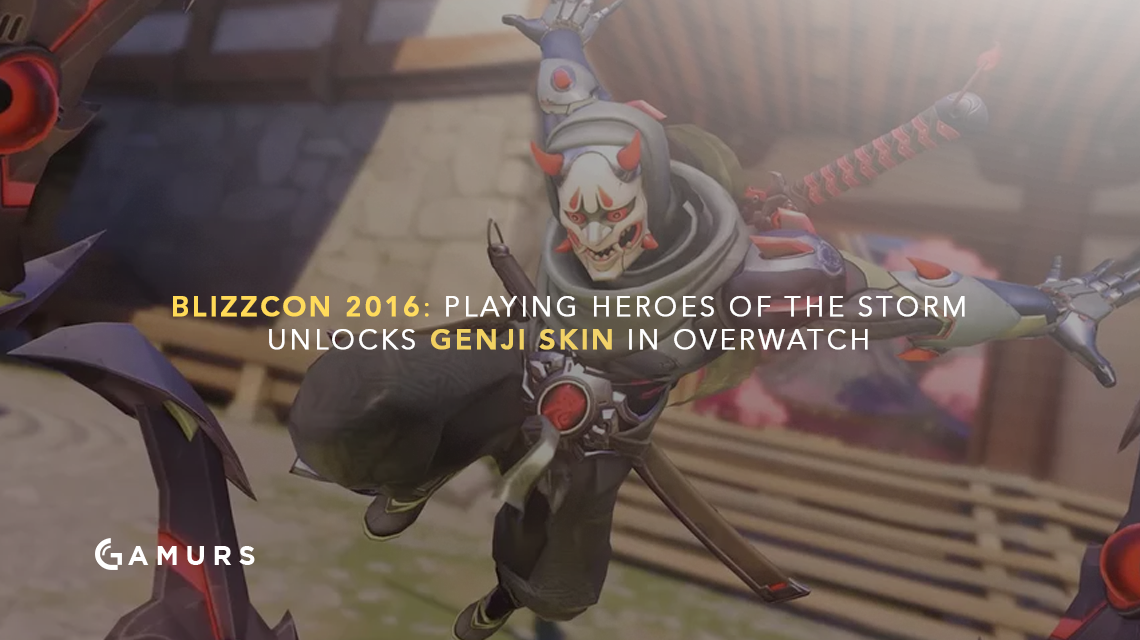 Today, during BlizzCon‘s opening ceremony, Blizzard announced the “Nexus Challenge,” a new initiative to get people to play Heroes of the Storm. Doing so will unlock an exclusive skin coming to Overwatch, with a catch. In order to unlock the “Oni” Genji skin, you need to play 15 or more games of HOTS with a friend.

This is an interesting way of getting people to play multiple Blizzard games with in-game rewards as incentive. Completing the 15+ game challenge will also unlock Overwatch hero Zarya as a playable character in HOTS.  The Nexus Challenge begins on Nov. 15.

Will you be playing HOTS to unlock this Genji skin? Let us know in the comments below and follow @GAMURScom on Twitter for further esports coverage.