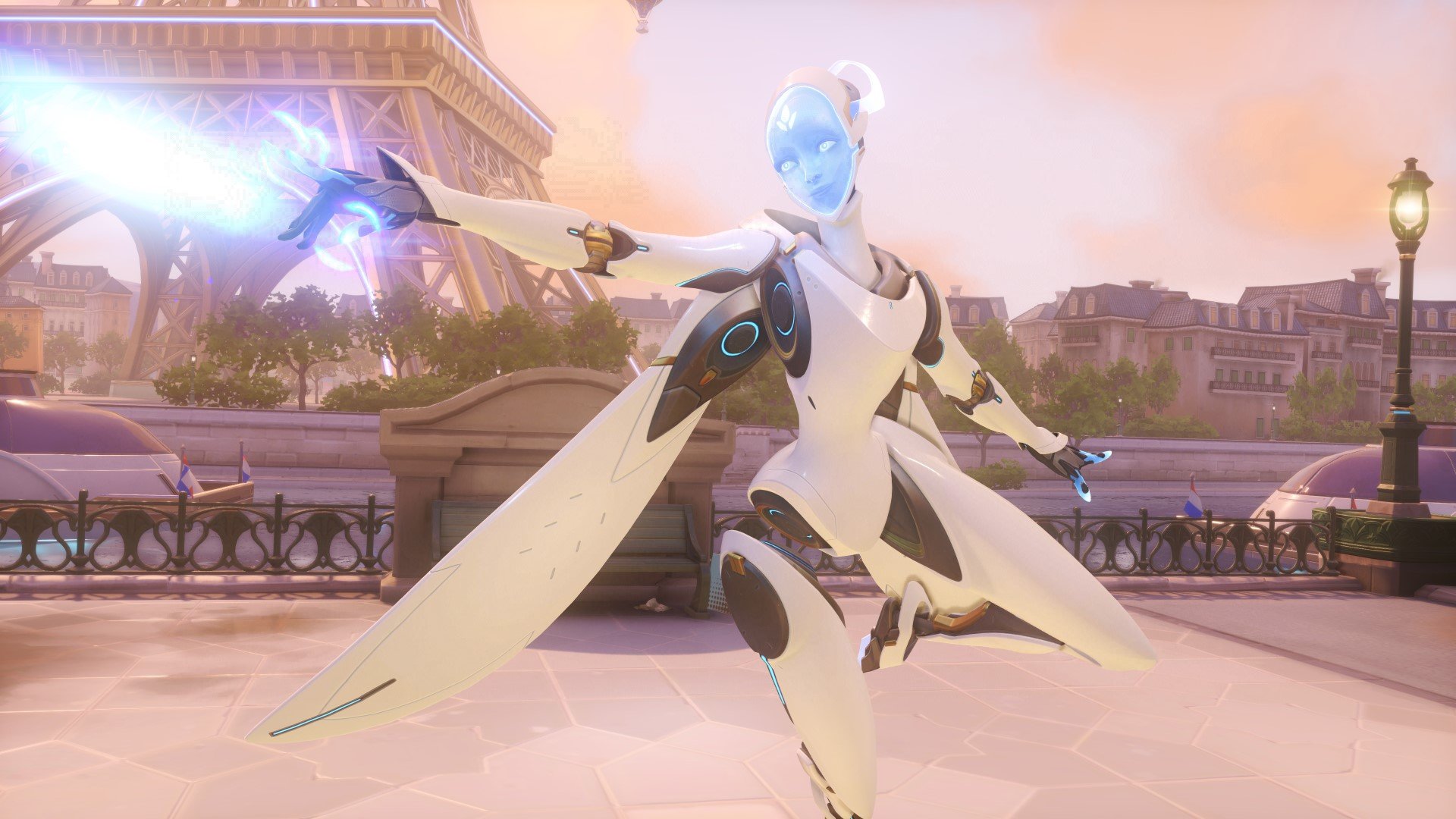 If you’ve gotten swept up in the hype behind Overwatch‘s newest hero, Echo, then get ready to swoon over her first 10 skins. They all went live on the game’s PTR server today.

The 10 skins consist of four basic recolors, two higher-quality skins, and four legendaries that let you choose between going covert or flashy while flying high over the battlefield.

Echo’s basic skin recolors are subtle and have a pastel theme around them. Her Durian skin is a green recolor of her usual white outer shell, while Marina is a light purple recolor, Papaya is an orange recolor, and Vanda is a light pink recolor. All of these skins sit at the 75 gold mark.

This rapidly-evolving robot has two skins at the epic skin tier—and they look pretty good. First, she has a Carbon Fiber skin that many of Overwatch‘s other heroes have. Orisa, Zenyatta, D.Va, Genji, Brigitte, Doomfist and Pharah all have Carbon Fiber skins, but only the robots are colored black and green. 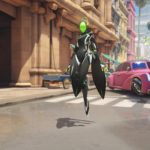 Her second skin is named Hot Rod—and for good reason. Echo has been placed in a bright red armor shell, while she glows yellow. It’s a flashy counterpart to her Carbon Fiber skin, which is much more under the radar. Both skins will cost 250 gold.

Four of Echo’s skins sit at the 1,000 gold cost legendary tier. These expensive skins drastically affect the way a hero is seen on the battlefield and are usually the best-looking cosmetics out of the bunch.

The first two skins available for Echo are more military-themed, aptly called Camo and Stealth. Both skins have her projected face replaced with a target reticle, while her body has been transformed into the perfect battle bot. Both skins are physically similar, but the color scheme differentiates. Camo colors Echo in a desert camouflage with blue glowing parts, while Stealth paints her in a fighter jet-style gray with orange glowing parts. 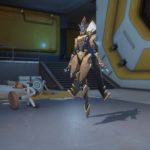 Her Moth and Butterfly skins, on the other hand, are more in tune with nature. Both skins imagine Echo as a member of that specific bug type. Her Butterfly skin is colorful and vibrant, while her Moth skin is earthy and filled with browns and green colors. 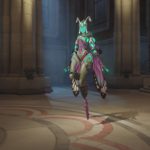 All of these skins are now available on the PTR and will be ready for purchase once she hits the live servers.