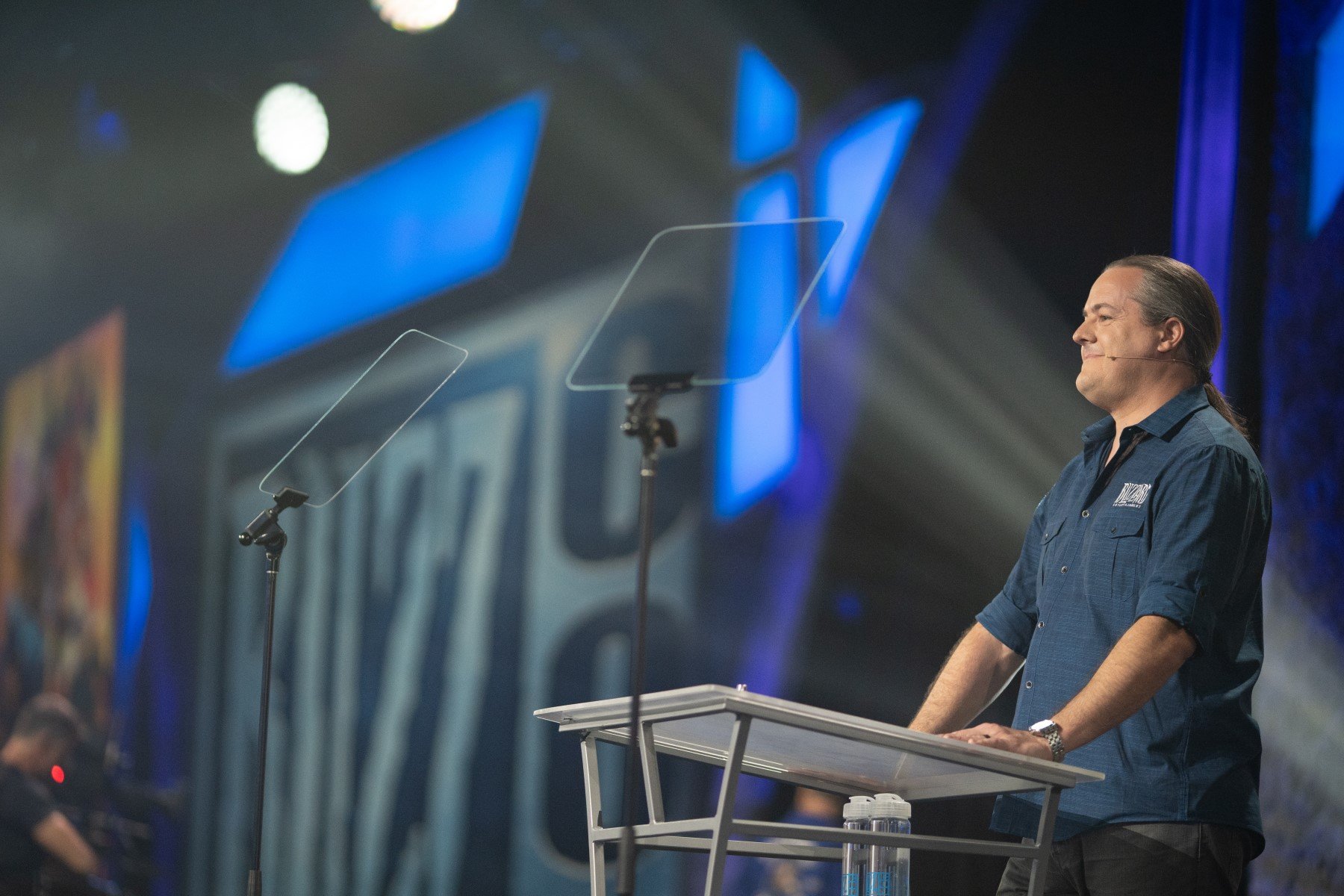 Esports are for everyone. Just ask the president. J. Allen Brack took over Blizzard Entertainment’s highest office for Mike Morhaime in October 2018. The former executive producer and vice president of World of Warcraft has now spent over a year overseeing the growth of games and esports under Blizzard’s banner.

Brack joined thousands of fans to enjoy the Overwatch League grand finals in Philadelphia in late September. Before the finals began, he talked with Dot Esports to discuss the Overwatch League, Blizzard esports, and how we can bring new fans into the fray.

What do esports mean to you, as a person? Are you a fan?

Brack: I’ve been lucky enough to be at Blizzard for quite a while and Blizzard has had a big, deep esports past even before I started at the company. Personally, for my entire life, I grew up as the “geeky kid” playing a lot of games. I’m of a certain age where you used to get made fun of if you played games. To see dreams that I had as a kid, of being able to watch games on TV, and watching games [being] another way to participate in games has just been one of the most satisfying things. To go to different esports tournaments or watch esports tournaments online, but really to go [live], is a transformative experience.

Do you think it’s important that “upper management” support the esports scenes for their titles? Why?

I’ll say one thing about the development piece and then the industry. If you think about what it takes to make a truly world-class competitive video game, something that can actually turn into an esport, there’s a huge development piece of that. The infrastructure and the desire and the sort of will to really create and make that esports piece happen comes from upper management, sure, but it also comes from the community and also comes from the fans.

I don’t think you can just decide, “hey, we’re going to make this game a great esport.” The fans really have to love and appreciate the game and really see the competitive aspect in it in order for it to be a thing. So honestly, it starts with the community and the fans of the game more than anything else. But it doesn’t happen without the [managerial] support of time, energy, focus, money, organizational power, etc.

Do you think the Overwatch League brings more players to Overwatch? Is that a goal of the esports scene for any Blizzard game?

When you think about esports, what we’ve tried to do traditionally is really celebrate the best players of that game and tried to create tournaments and competition around the best players. You could, if you’re a fan of that game, see what it’s like to be the very best. That’s traditionally been how we’ve thought about and supported our various esports competitions and the result of that has been a very game-focused and player-focused emphasis. I think there have been esports teams that have come up that have had rosters of players that have tried to go beyond that, but I think it’s really been about the game and the individual player.

With the Overwatch League, we’re trying to take a lot of lessons from traditional sports and really learn lessons about how to expand esports, not only to celebrate the players but to celebrate the teams as well. [We’re trying] to have a lot of the built-in things you get with a city-based team system and we’re trying to do it globally. The goal of that is to have players that fans follow as well as teams that fans follow; the teams themselves can transcend the individual player. Then, we get some of the other traditional sports pieces around drafts and trades, things like that, which I think can add a lot of story elements to what the league is doing.

In Overwatch League especially, there’s a need for more support beyond the top tier of gameplay. What is Blizzard doing to encourage people to chase that esports dream?

Primarily, it’s through the things that we’re doing with Overwatch League proper. It’s about the teams and the guaranteed salary and the guaranteed benefits that we’ve got as well as the attempt to make it a global sporting league that will sustain beyond one person or one team’s success.

There’s a whole market for people who are influencers and can have a lot of subscribers on Twitch or Mixer or other platforms or have YouTube videos. That’s just not anything that was ever contemplated. To have people be able to take this hobby of video games and be really good at them [where they can] move up the ladders and go through our different tournament structures and into [Overwatch] Contenders… the aspiration of what they can achieve as a professional Overwatch player is what’s driving them.

That is such a great question. I’m going to talk about the challenge, which is really clear. When you think about traditional sports, a lot of the sports that we have in the U.S., the rules have not really changed dramatically for a very long time or they change extremely slowly.

What we call the “core game loop” is also extremely simple. If you think about American football, the core game loop is that you have four chances to make it 10 yards. If you do that, you get another four chances. There’s a whole bunch of rules, it’s far more complicated than that, but that’s the basic thing you need to know. It doesn’t matter where you are in the ecosystem, that’s all you need to remember when you drop into the game. If you watch one game this year or you watch every game, that’s all you need to do.

Every video game is much more dynamic and it changes a lot more. It’s less friendly to the “drop in, drop out” audience than traditional sports are. So that’s one of the challenges that we have from a “gamer” perspective. You want to be adding new content. In the case of Overwatch specifically, you want to be adding new heroes and new abilities. That makes the game cool, that changes up the meta, that makes the game more dynamic. It also makes it a lot harder for someone to jump in and say, “Wait, who’s this guy throwing gravity balls around?” I’m not articulating a solution, I’m articulating the problem that we’re all familiar with.

With Overwatch League’s global expansion comes many new fans. How can we get them more engaged in the league and welcome them in?

One of the things we did this year was add a lot of teams to the Overwatch League and the plurality came from international markets. We added Vancouver as a team, we added Paris as a team, and [added] more teams from China. I think that’s a way to expand fandom, to give people something that resonates with them from a local standpoint. I also think continuing to have the game grow in popularity is something that we can do.

There’s a lot of competition for fan time, right? There are lots of ways you can spend your time. When we think about who Overwatch’s competition is, we don’t necessarily think about video games exclusively. We think about HBO and Netflix and Disney+ and movies, things that are taking people’s time. [We think about] giving people who want to engage in some way an awesome experience with something that really resonates with them, whether it’s the shared love of the game or the fan experience.

Interview has been edited for clarity and length.