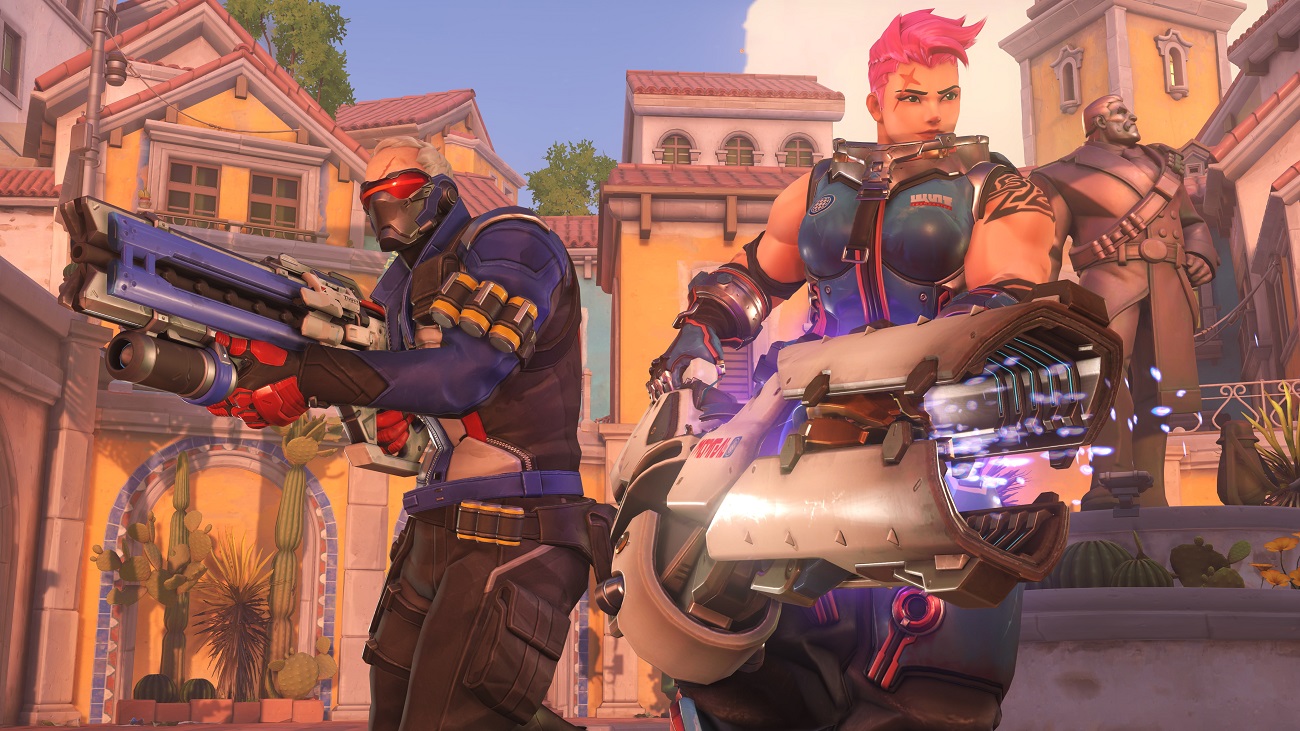 Blizzard has spread Overwatch across a variety of its other games: A bunch of its heroes are playable in Heroes of the Storm, and we’ve also seen Overwatch parodied in a World of Warcraft Brawler’s Guild event in January.

Meanwhile, Blizzard’s other games remain unseen in Overwatch itself. But Blizzard has a good reason for that, according to Overwatch game director Jeff Kaplan.

“For our first year, we felt it was very important to establish the core Overwatch tone and vibe,” Kaplan told PC Gamer. “Because we were creating a brand new universe with its own unique story and characters, we wanted to build a strong foundation for the game before straying too far.”

That doesn’t mean a Blizzard crossover in Overwatch will never happen, however. “We love the other Blizzard universes and would love someday to pay homage to them,” Kaplan said. “As Overwatch continues to become more firmly established as a Blizzard universe, it opens to door for exploration.”

Though Overwatch has its own distinct style separate from Blizzard’s other games, like World of Warcraft and StarCraft, it’s not too farfetched to imagine the different universes colliding. After all, D.Va, Genji, Tracer, Zarya, and Lúcio all fit fine in Heroes. Widowmaker, too, makes an appearance as a skin for StarCraft hero Nova in Heroes.

In February, a Blizzard fan created potential Overwatch skins based off Blizzard’s other games—and they are amazing. Whether it’s D.Va piloting a Viking-inspired StarCraft mech or Genji as an homage to Leeroy Jenkins, we want to see a Blizzard crossover in Overwatch. It sounds like Kaplan and the Overwatch team wants to see it, too.