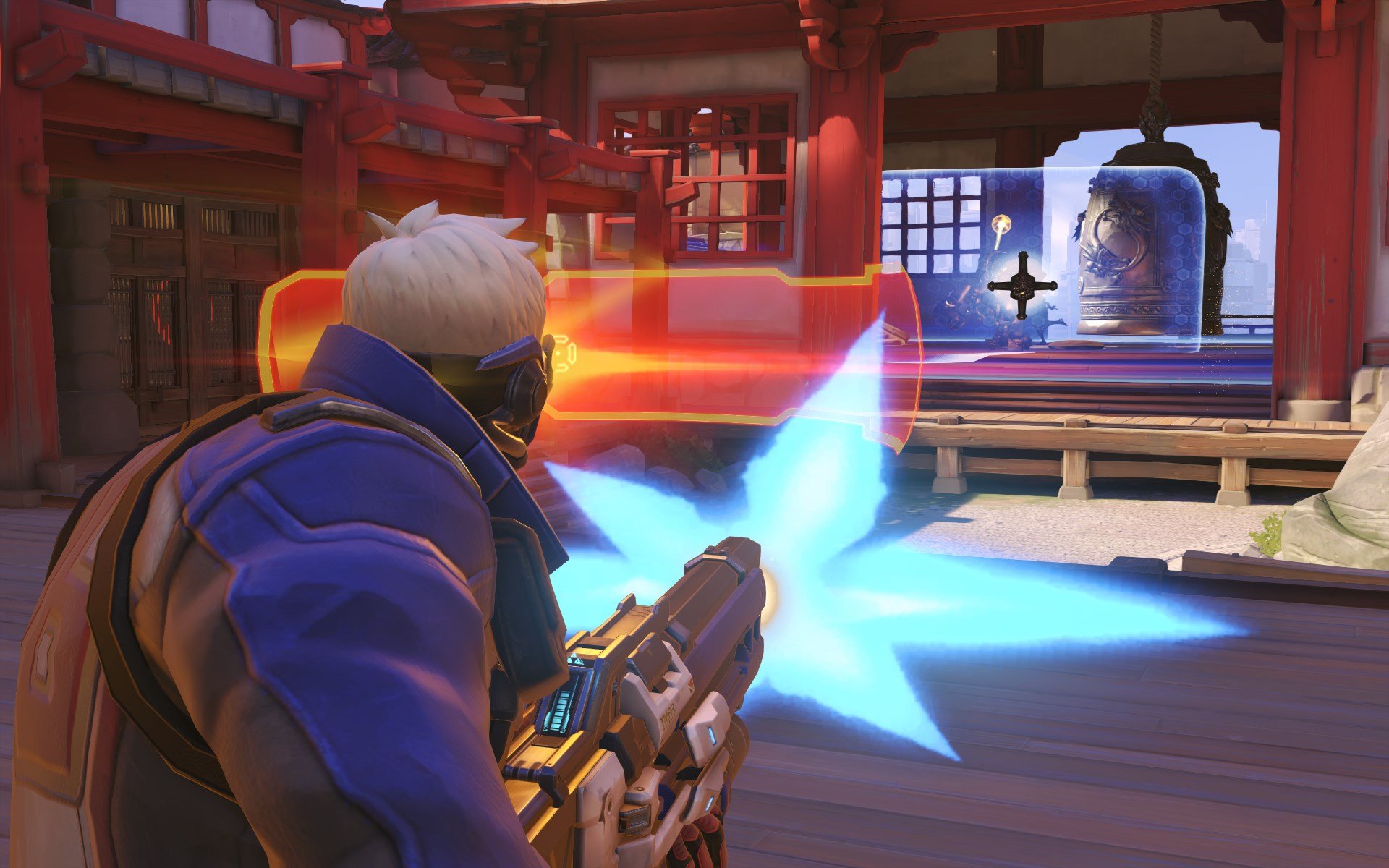 The developer of the highly anticipated Overwatch has revealed a zero-tolerance policy ahead of the game’s May 24 release. Now, anyone who cheats in Overwatch will be permanently banned from the game.

Blizzard also addressed how to report cheaters, noting that in addition to a cheating hotline email address, users will be able to report cheaters directly from the in-game interface at launch. Perhaps more importantly, they cautioned the community against the kind of cheating witch hunts we saw during the Overwatch open beta from May 5 to 9.

Indeed, cheating is a hot topic among Overwatch aficionados. And that was especially the case during the open beta, where 9.7 million players—most of them new to the game—tried their hand at the title, making it the biggest beta in Blizzard’s history. With so many new players touching the title after a relatively exclusive closed beta, calls of cheating were at an all-time high.

Even top-level players weren’t immune. Clips of players tournament-winning players like Timo “Taimou” Kettunen of EnVyUs and Lane “Surefour” Roberts of Cloud9 shot to the top of Reddit, spawning discussions with thousands of comments.

The infamous “surelock” thread shows a video of Roberts playing in a match against Luminosity Gaming during the $5,000 Overkill tournament, which Cloud9 eventually won. As McCree, Roberts stuns and uses Fan the Hammer on an enemy McCree, mowing him down before snapping his aim to the enemy Reinhart before he Fans his whole clip. He reloads, and as the enemy Reinhart charges, he seemingly robotically tracks the tank with his next clip. It’s certainly a suspicious clip, and there are plenty of others if you hand-pick from Robert’s vast library of recorded footage. But it’s hardly outside the realm of human capability, or enough evidence to condemn an experienced player.

The Reddit mods stated that cheating accusations will only be allowed with “irrefutable proof.” But despite saying they weren’t endorsing this particular accusation, the thread was not removed, leading to a 2,200 plus comment discussion. Since then, Roberts suffers constant harassment every time he tries to stream or even play the game, regardless of his guilt or innocence.

That’s one of the dangers of pervasive cheating in-game: it not only ruins the game experience for everyone involved when it does happen, but it has potentially toxic consequences even if it does not. Blizzard’s statement doesn’t directly address Roberts’ or any other specific case, but part of their message seems directed to those slinging cheating accusations.

Blizzard states that its in-game camera system does not play footage at the same “fidelity” as real-time play, which can lead to playback looking more snappy or less fluid, which may make it look like a player is using an aimbot. Plus, there are sometimes bugs in the playback system, like one since-fixed bug that caused Zarya players’ aim to snap in spectator when they cast their shield ability.

“Lastly, some players are just really good at first-person shooters,” Blizzard said. “Through practice and years of experience, these players’ movements and reaction times can occasionally appear unnatural (if not physically impossible) to those who may not have been exposed to that particular level of play before.”

It’s tough for a company like Blizzard to tell a sizable portion of their playerbase to “get good,” but this is certainly a diplomatic way of doing it.

With all those points in mind, it’s nearly impossible to make a real cheating judgement based off a smattering of hand-picked clips from the players involved. That may be a small consolation to innocent players who have to suffer through accusations every time they play. But it’s a start.

So far Blizzard has been mum about its plans for developing anti-cheat software in Overwatch, other than to say they have a team working on it. When I took a tour of the Blizzard Overwatch studio in January, we weren’t allowed to film or take pictures, but even then one door was closed to me: the one leading to the anti-cheat team. That’s for good reason: any insight into Blizzard’s anti-cheat process and development opens a new avenue for hackers to exploit the system, and in gaming, much like the fight against computer viruses and malware, it’s always a losing battle for the good guys.

The next step for the players will be bringing their skills from the comfort of their own home to a live tournament setting, something that will happen later this month. Esports Arena is hosting a $10,000 Overwatch tournament just a couple days after the game’s release, and right now three teams with players publicly accused of cheating, Cloud9, EnVyUs, and Gale Force eSports, are tentatively planning to attend the tournament.

But for players like Taimou and Surefour, even that is a losing proposition: if they don’t perform at their absolute best, putting on a cheater-like performance, some will still doubt them. And it will be tougher to play at that level with the pressure of knowing that in the back of their minds.

Plus, we’ve seen cheating scandals in Counter-Strike even reach live tournaments. Even an in-person event is not sacred when hacks can be hidden inside a mouse itself. In Counter-Strike, it took Fnatic’s Robin “flusha” Rönnquist winning multiple live championships before shedding the doubt some had of him.

Keeping cheaters at bay will be key to the future of Overwatch, both as an esports title and as a game itself. It’s a massive problem in any first person shooter, like in Counter-Strike: Global Offensive, and one that’s almost always a losing battle for the developer. But it’s a battle it has to constantly wage to ensure the success of its title—as with Valve and its coincidentally named Overwatch anti-cheat system.

Today, Blizzard made sure players know that they are preparing for that fight. But to effectively combat cheats, it needs players on their side, and not fighting against each other.