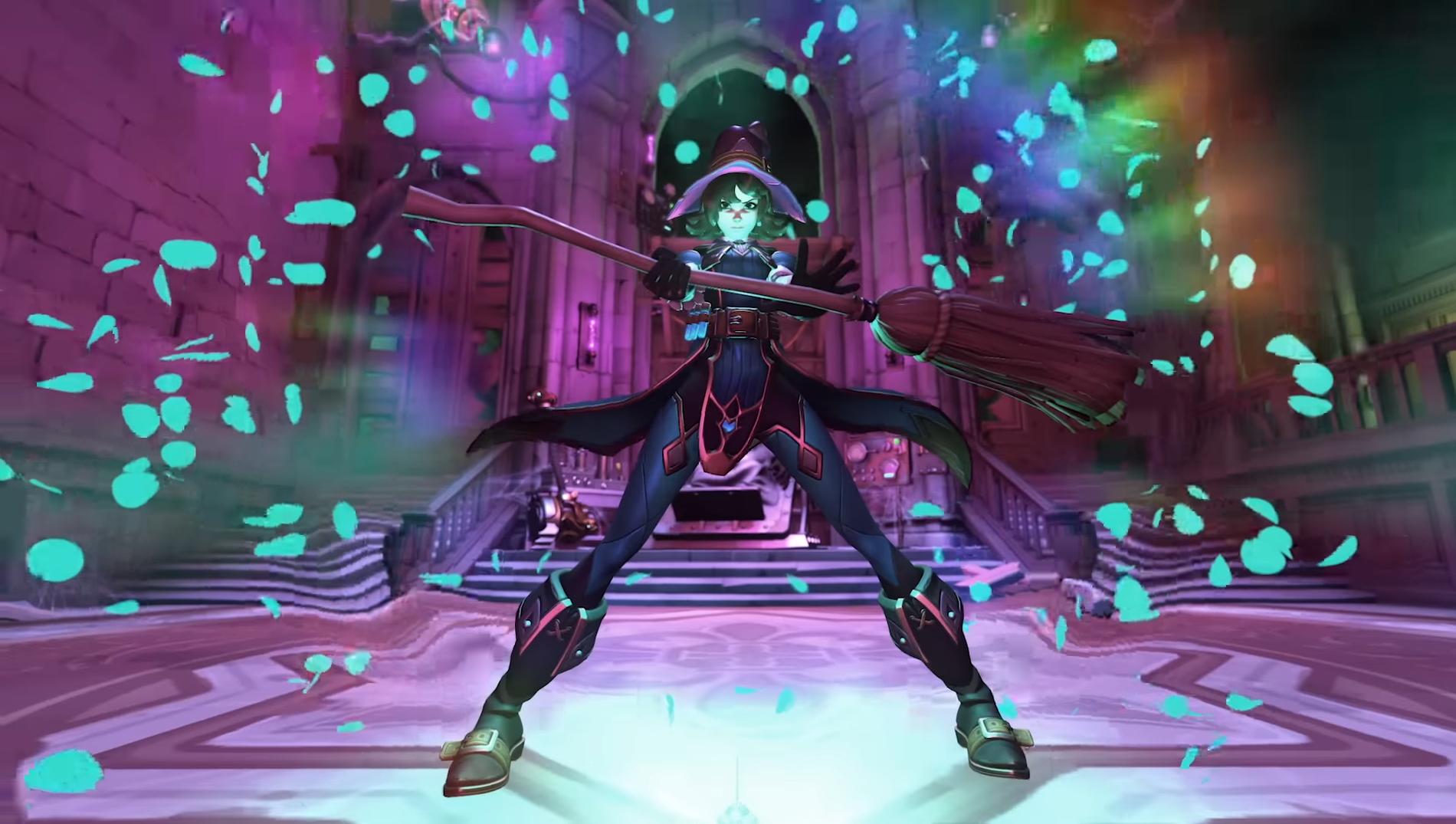 Perhaps the scariest part of Overwatch 2’s ongoing Halloween event is the pricing of cosmetics, particularly that of a highly-anticipated skin that cannot be purchased on its own.

Two new skins were introduced alongside Overwatch 2’s Halloween Terror event today, giving haunting new looks to Junker Queen and Kiriko, the two newest heroes to join the fray. But while Junker Queen’s new Executioner skin can be purchased by itself, Kiriko’s Witch skin can only be bought via a bundle—which appears to be discounted from costing almost $40.

The Witch Kiriko bundle, on sale for 2,600 Overwatch Coins, includes the new seasonal Legendary skin for the support hero, as well as a weapon charm, icon, name card, and seasonal highlight intro. None of these items can be purchased individually, and only Overwatch Coins can be used to purchase them, which must either be earned in increments of 10 each week or directly purchased with real money.

For players with no Overwatch Coins in their inventory at all, they must purchase a bundle of 2,200 coins for $20, then a separate coin bundle of 500 coins for $4.99. Players have also noted that this type of bundle might be illegal in countries like Brazil, where companies are not able to make certain items exclusive to a pack that are not available for individual purchase.

Other overpriced bundles in the shop include some for Halloween skins that were released upwards of five years ago. One of which includes Dragon Symmetra, Coffin Bastion, Flying Dutchman Sigma, and Gargoyle Winston, which has been discounted to 4,400 Overwatch Coins from 7,600—charging nearly $80 for these four skins that may rotate in the shop for Legacy Credits.

While the Witch Kiriko skin may be made available for individual purchase in the near future, for the duration of the Halloween Terror event, it will not be purchasable separately from this bundle. It is unclear if Blizzard will respond to the massive backlash from fans regarding this bundle and other high-priced seasonal bundles now available in the shop since the company has not commented on the prices of skins since Overwatch 2’s launch earlier this month.