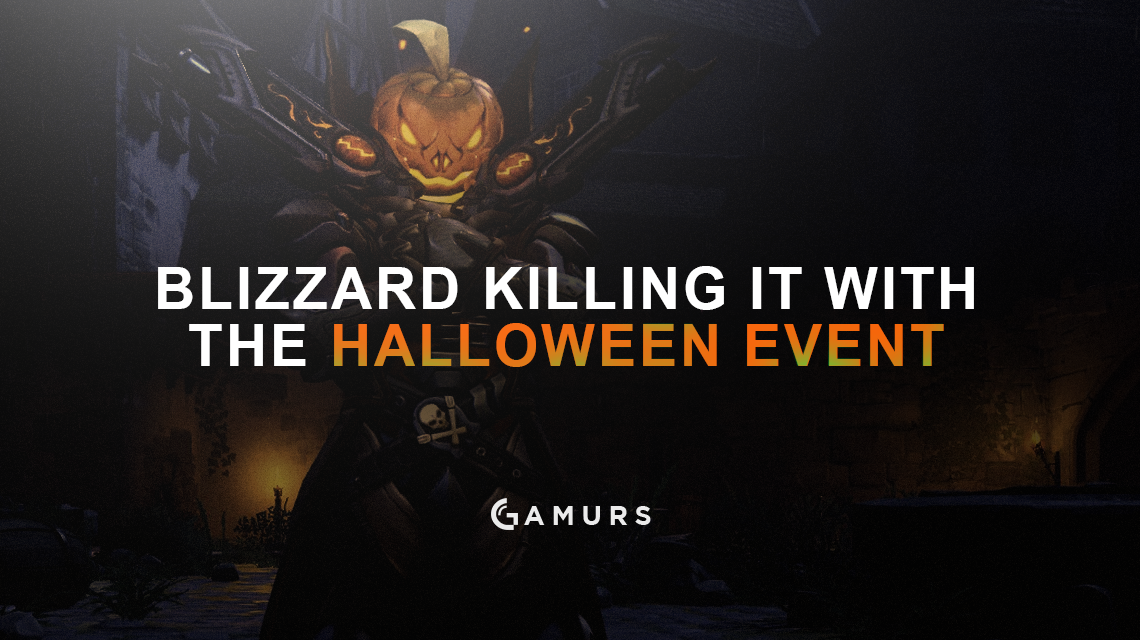 Blizzard is definitely going in the right direction judging from the latest patch which introduced the long awaited Halloween event for Overwatch. They managed to impress me with this latest addition, and I am not one to be impressed easily. They did an amazing job with all the new skins, emotes, winning poses and more.

The new skins are elegant and well-made. They are well designed and you cannot resist buying an extra loot box in order to get the one you want. The good thing is that Blizzard didn’t make them exclusive-loot only, and by that I mean that, unlike in the Summer Games, you can now buy those new cosmetics as well, and not only expect to drop them from a lootbox. Way to go Blizzard.

Secondly, maps have a Halloween flavour that is really spooky and it doesn’t actually mess with the general environment a lot. This is also a nice twist that gives the game a snip of fresh air. Coming with the new patch, we also had an overhaul on the user interface of Overwatch. The new UI is sleek and well-organised. We now have more elegant level icons, career profiles with all the related statistics designed from scratch, and friend lists.

Last, but definitely not least, we have a new Brawl. This has to be the best Brawl ever released by Blizzard. It is the Junkenstein’s Revenge. This Brawl pits four heroes: Soldier 76, Ana, Hanzo and McCree against the armies of Junkenstein, that are trying to break through a door, and if that happens, you lose the game. Junkenstein, which is a spooky version of Junkrat (like if that wasn’t spooky enough), has the help of the alternate versions of Reaper, Roadhog and Mercy. This new Brawl comes with four new achievements and three different difficulties: easy, medium and hard.

This Brawl is amazing, not only because it’s totally unique and amazingly well-made, but also because, unlike Summer Games’ Brawl, Lucioball, it actually helps players improve their game play. I am saying that because in this fight, you are actually put against both zomnics, which are a spooky version of normal robots that you find in the practice mode, but also against AI, which in this case, are the aforementioned heroes that help Junkenstein. This is amazing because you can improve your aim a lot, practice synergy between characters, even at a limited form, and of course, learn how to move. Another great part of the mode is the actual commentary, which gives a little insight on what’s happening and what the theme was all about.

This is definitely a step in the right direction, as the Overwatch development team shows they mean business. They showed us that they actually dedicated time to make this happen and it was something well-planned and executed. It gives us a bright hope for the future and the potential that Overwatch has both as a game and as an esport since the development team seems to care a lot about the community and the game itself. What we would definitely want more is more of that; more content like this that will attract even more players to the game.

This event will last until Nov. 1 and we just wish it would last longer. So cheers to Blizzard and their amazing work, let’s just look forward to more of that.

Are you excited for this Halloween event? Let us know by commenting below or tweeting us @GAMURScom.