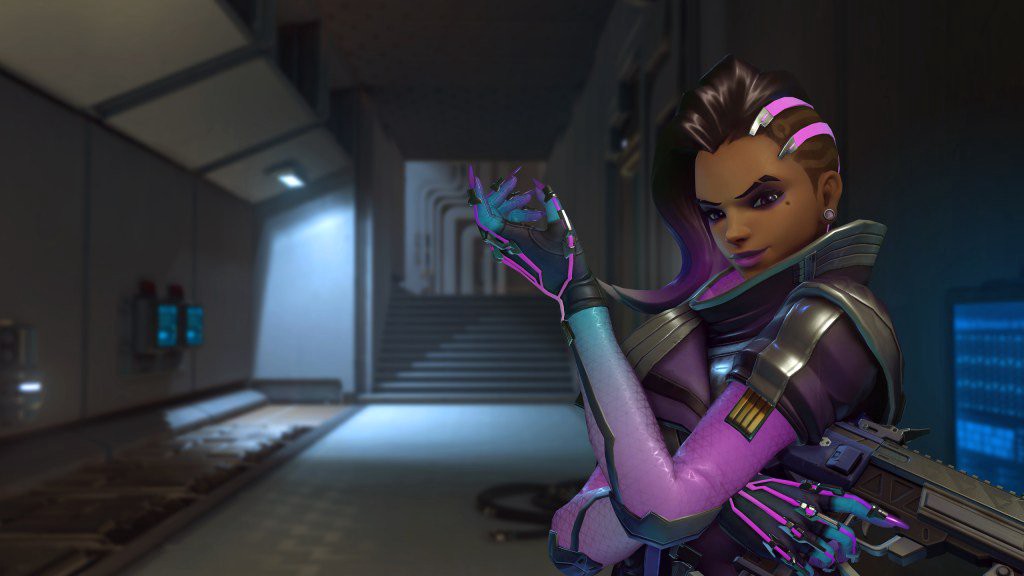 The character has been teased for months through an alternate reality game (ARG), but she’s finally been officially revealed in a unique cut scene released during Blizzcon’s opening ceremony.

According to the Overwatch website, Sombra wields an array of disabling and mobility abilities from the offensive role. Armed with a fully-automatic machine pistol for damage, Sombra can hack enemies to disable their abilities. She can also disable health packs to keep enemies from using them.

Sombra is also highly slippery with high mobility and the ability to sneak into enemy back lines. Thermoptic Camo allows her to become invisible for a short period of time, boosting her speed considerably. She can then place or throw a Translocator, which she can return to at any time?—?even in mid-air. Finally, her ultimate, EMP, destroys enemy barriers and shields, preventing ability use from those caught in the blast in the process.

Blizzard also released a new map, called Oasis, which will be hitting Overwatch’s public test realm in the coming week. The company will also add a new feature known as the arcade which will allow players to compete in unique game modes and maps for a different gaming experience compared to the standard game modes the game

The hero shooter, and Blizzard’s first new IP in 17 years when it was released earlier this year, had a total of 20 million active players in October, the fastest of any title in the company’s history.