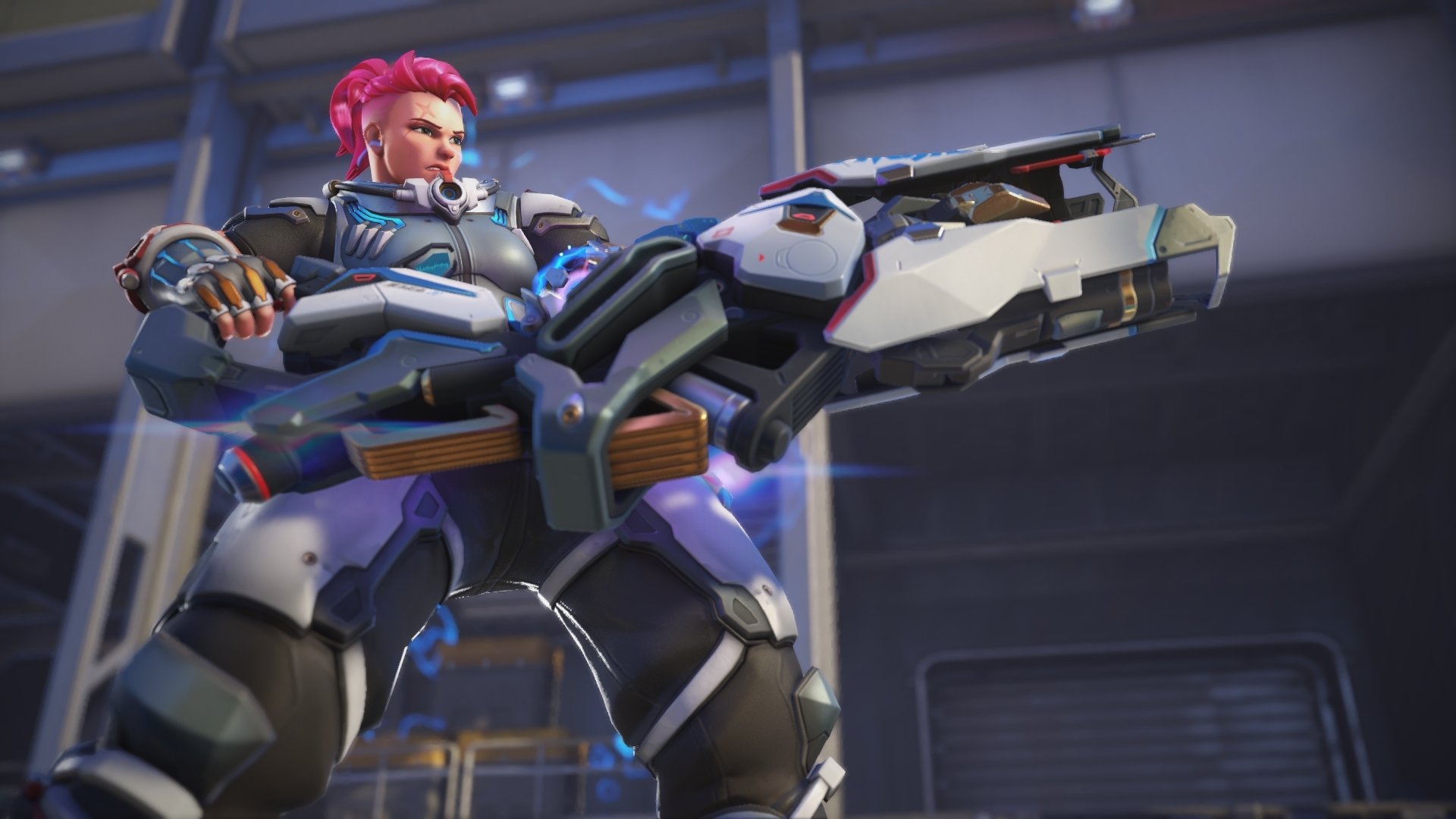 Overwatch 2 has finally released, and the players are starting to get a grasp of the sequel’s meta. Some heroes are causing significant trouble in the game, and Zarya is one of them. Luckily, learning the best counters to Zarya in Overwatch 2 will significantly boost your win rate when pitted against her.

Zarya is a tank hero who received a few adjustments with the release of Overwatch 2. She’s now stronger than ever. She now features two charges of her shield, giving her more flexibility and opportunities to charge up her beam.

The Russian character can carry make up most of the team’s damage if she’s well-played and charged by her enemies. Here is how to counter Zarya.

Related: The best counters for each Overwatch 2 hero

The first thing to remember when playing Zarya isn’t which pick to take against her but rather to adjust your playstyle.

If you target her when her bubble is up, not only will you not deal any damage to her (or the character she shielded), but you will also enhance her damage due to her passive. You should therefore be careful not to target bubbles and keep track of her charges. When charged up, Zarya’s appearance changes, becoming circled by a white beam. When she does, it means her beam will deal significant damage to you and you will likely lose any duel against her.

With that in mind, some characters are definitely more effective against her than others, and here is the list.

Sombra is the perfect counter to Zarya because when hacked, she can’t activate her bubbles. If you manage to hack the tank when she has low HP, it will be deadly to her.

Sombra’s EMP ultimate is also very efficient against her since she won’t be able to protect anyone in the team against you and your allies for a while.

Bastion is one of the most effective heroes in the roster to counter Zarya because it has high damage control and can deal incredibly high amounts of DPS in short amounts of time due to his Configuration: Assault ability.

If you play smart with Bastion, you will make quick work of Zarya. Enter the Configuration: Assault mode (the slow-moving and cannon ability, which was adjusted with Overwatch 2) when you know she has used one or, better, both shields and they’re on cooldown. She won’t be able to protect herself from your rotary cannon and take significant damage.

Hitscan DPS heroes, in general, are efficient counters against Zarya. Since she has so much uptime on her shield with the changes brought by Overwatch 2, it’s better to have control of your weapons to hit her within shield downtime, rather than launching projectiles her way.

Soldier: 76 and Sojourn are decent heroes to counter her for this reason, but Cassidy is even stronger in that configuration. Thanks to his modified grenade, he can deal a high amount of damage in a short time.

When Zarya has used up both shields, Cassidy can stick a grenade on her and roll away, then land some bullets (ideally, headshots) to eliminate the tank. The main issue with hitscans is their vulnerability to her ultimate, Graviton Surge. But in those moments, healers and the tank are generally responsible for the team’s survival.

Hitscan heroes aside, Hanzo is a very good pick against Zarya –although it depends on the team’s configuration, overall. Hanzo can be a situational pick so don’t pick him for the sole purpose of countering Zarya, in particular, if you’re not comfortable with the enemy composition (such as high-mobility heroes).

Still, Hanzo is very efficient against Zarya thanks to his Storm Arrows ability. He can deal significant damage to her by activating the ability when she has used both shields and you know they’re on cooldown.

The ultimate, Dragonstrike, is also incredibly powerful against her if she hasn’t a shield. Be careful, though, because if she does, she’s likely to gain a maximal charge pretty quickly thanks to your ultimate.

Doomfist can be powerful against Zarya because he strives against low-mobility heroes. His rocket punch and seismic slam abilities allow him to deal significant damage in a short time, which can be deadly against her.

As always, however, keep track of her shields. Once she has used both charges and you’re sure they’re on cooldown, simply execute your combo to try and eliminate her. Moreover, his power block ability works against Zarya’s beam, which makes him more threatening.

Zenyatta is the most powerful support hero against Zarya thanks to his damage orb. If he focuses her primarily with his orb, he can debuff her every time she isn’t protected by her shield, which makes her take more damage from enemies.

For more efficiency, he can also charge all of his orbs and release them on her (using his right-click) as soon as he put the debuff orb on her to deal significant damage in a short time.

In addition, his ultimate is perfect to protect his allies against Zarya’s graviton surge, topping them off in a flash against significant amounts of damage.

Lucio isn’t a counter to Zarya in an aggressive way, but he has every tool to negate her power against his allies. His sound barrier can absorb significant amounts of damage when she throws her graviton surge.

He is also hard to kill because it’s challenging for her to target him due to his high mobility and sliding passive. Additionally, Lucio can push her away when she’s charged up, making it harder for her to target her enemies with her beam.

Kiriko isn’t as strong as Zenyatta and Lucio against Zarya. She has, however, a few tools that can bother the tank. Her invulnerability (Protection Suzu ability) can save her team against Zarya’s graviton surge, or against her beam when her weapon is fully charged.

Due to the invulnerability, her targets won’t take any damage for a short while and prevent her to maintain her charge at the same level. Zarya also has low mobility, which makes her an easy target for Kiriko’s secondary fire.

Her ultimate won’t help her allies against a graviton surge. It will allow them, however, to eliminate Zarya quickly. Thanks to the Kitsune Rush’s boost, her allies can break her shield and eliminate her in a flash. While some high-mobility characters might run away, Zarya will usually be the primary target of that ultimate.