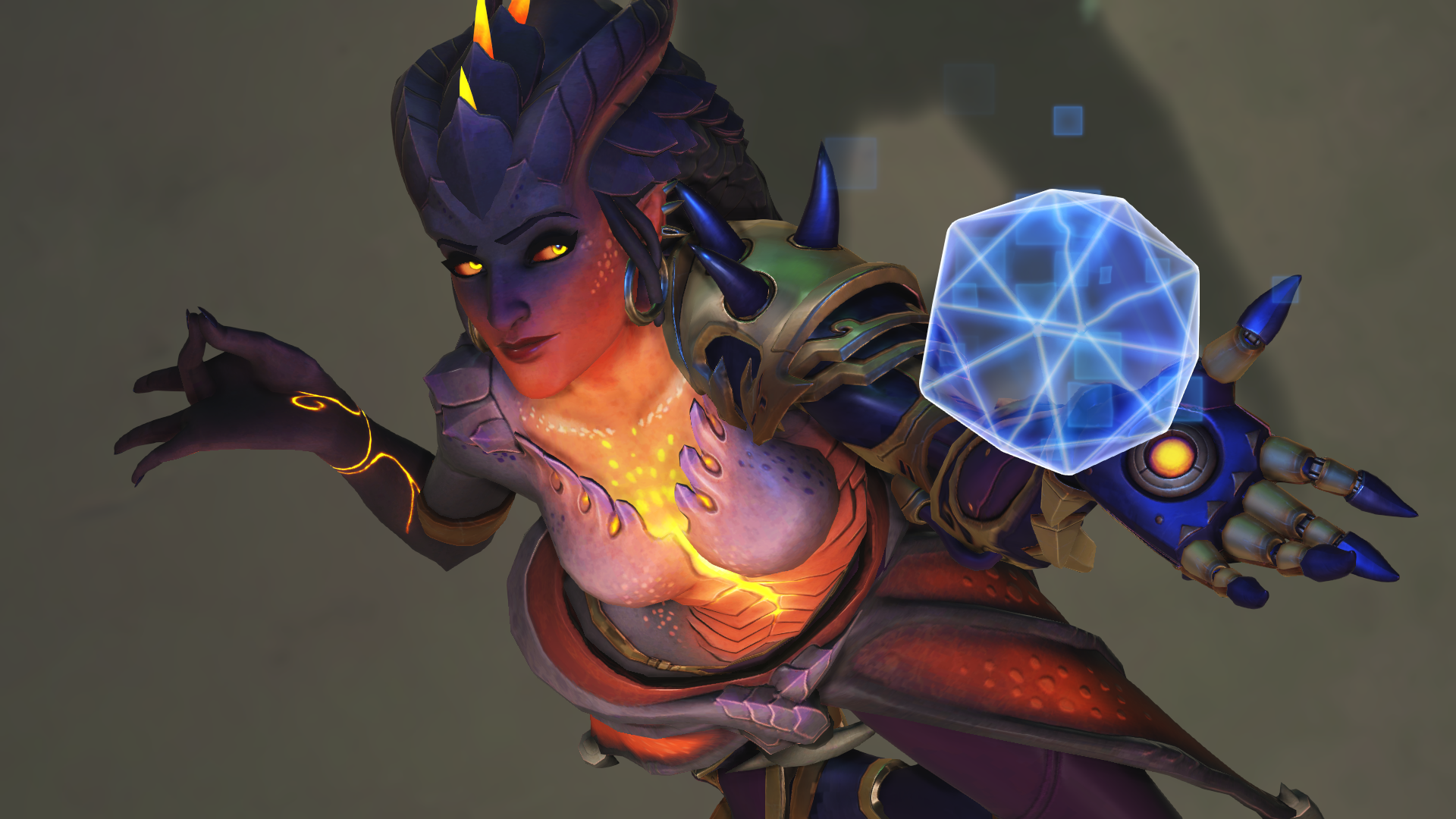 Blizzard Entertainment launched Overwatch in May 2016 and has been consistently adding new skins since. With each Overwatch event, we get more and more skins, all of which are not equal.

Some of the extra-special event skins fall flat compared to the others—and that’s why we must rate them.

Here are the 17 best Overwatch skins released by Blizzard since launch. They’re arranged in no particular order, though it goes without saying that Pink Mercy is now the best skin that exists and will ever exist. Dragon Symmetra is still a close second, however.

Overwatch just knows how to make good Mercy skins and this one is no different. Pink Mercy is a skin that benefits charity. It costs $15, but it’s worth it—the skin is way more than just a cosmetic.

Reinhardt has some amazing skins, but none more than his Crusader armor that was seen in his animated short, Honor and Glory. The young, blonde-locked stud is ready for battle in the sexiest way with this outfit.

Talon Widowmaker gives Overwatch players a look at Widowmaker before her skin turned purple. Any skin that gives players a peek into Overwatch’s lore is a good skin in our book. Unfortunately, you can’t unlock Talon Widowmaker anymore—she was only available in Uprising loot boxes.

In a game full of oddities and super soldiers, Baptiste’s Spec Ops skin might be the coolest-looking one out of the group. He’s got some sweet goggles and sexy black armor complete with blue accented lighting.

It’s nice to see that Blizzard embraces the Soldier: 76 dad meme. With the summer event, the Blizzard crew introduced the Grillmaster: 76 skin—and it’s beautiful. Not only is Soldier: 76 wearing socks and sandals, but he’s also got an incredible “Raise the steaks” apron.

Say what you will about Talon, but they sure know how to dress. Sigma’s best skin is an Epic that’s available for just 250 credits. You should buy it right now if you haven’t already.

We didn’t think it could happen, but Dragon Symmetra once dethroned Witch Mercy as the best Overwatch skin of all time. Available in Halloween Terror loot boxes, the skin gives Symmetra a spooky, scaly look that’s damn near perfect.

This skin is kind of a meme, but that’s partly what makes it so great. Brigitte’s reign of terror in the “GOATS” meta in pro Overwatch play got its own skin by literally dressing Brigitte up in a goat costume.

Though Blizzard doesn’t explicitly say it, Pharah’s Mechaqueen skin basically turns the Egyptian soldier into a Gundam toy—a model mech kit based on the anime show. We’re hoping for a Bandai Namco and Blizzard team up because we want a Pharah Gundam kit. Mechaqueen is a legendary skin for Pharah and costs 1,000 Overwatch credits to unlock.

Don’t you just want to snuggle up with Yeti Winston? As you may have guessed, this skin turns Winston from a gorilla into a yeti—and it’s perfect for the Winter Wonderland event. The details here are just fantastic: his snow-capped backpack, bulging bottom teeth, and fluffy white fur.

This ridiculous skin turns what’s usually a tumbleweed in McCree’s ultimate into a beach ball, his gun into a flare gun, and his cowboy boots into flip flops. Any skin that changes the character’s normal design this much is special.

Baihu Genji was introduced during Overwatch’s Year of the Dog event, which was designed to celebrate the Chinese New Year. Baihu is a reference to one of the four symbols of Chinese constellations—Baihu is the white tiger.

Overwatch’s Blizzard crossover skins were all fantastic when they were released a couple of years ago, but Orisa took the win for the coolest. This StarCraft skin kits her out like the Immortal from Legacy of the Void, the powerful ranged attacker for the Protoss army.

A clever riff on her original skin, Witch Mercy gets all the details right—the boots embellished with lightning bolts, a spellbook inscribed with “vitae,” her Caduceus Staff masked as a broom.

Those lucky enough to have nabbed Witch Mercy during the Halloween event—or desperate enough to buy her—get some bonuses, too. Blizzard added a few Witch Mercy voicelines to the game: “Did someone call for a witch?” and “My servants never die,” among others.

Like Talon Widowmaker, Blackwatch Genji is only available in Uprising loot boxes. He also adds a peek into Overwatch lore, which is certainly welcome. The Blackwatch skin places him much earlier in the Overwatch timeline, before he got his new armor. We see a lot more of his regular body—and, well, some fans like that.

This spooky skin was introduced during Halloween Terror, and rightfully so. Moira looks like something out of a ghost movie. Players who DPS with her instead of healing will be especially scary now.

Officer D.Va can arrest us any day. What makes this skin so cool is that her mech actually lights up with red and blue lights while blaring sirens. It started as a promotion skin in conjunction with Heroes of the Storm, but it’s not available in base loot boxes.