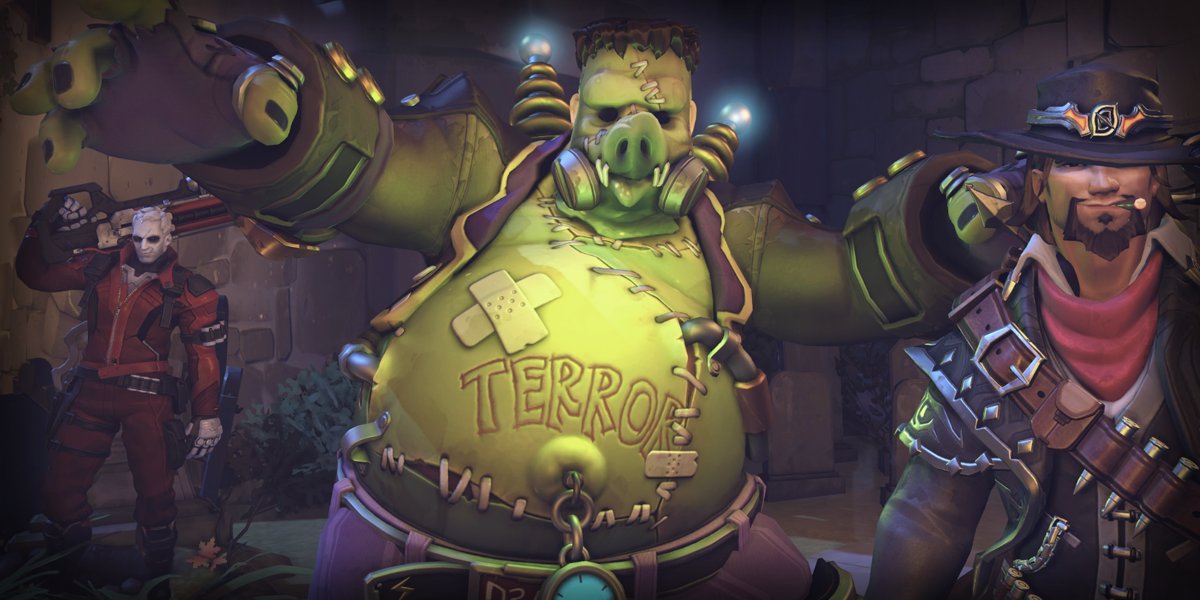 Overwatch’s Halloween-themed brawl, Junkenstein’s Revenge, is back for the second year in a row. The player vs. environment brawl pits four heroes against wave after wave of omnic zombies—plus a few super scary bosses. But because Overwatch fans are terribly creative, players aren’t just fighting off the bosses. They’re photobombing the boss entrances.

It’s not new: Folks began photobombing Junkenstein’s monsters during last year’s brawl, too. It just hasn’t gotten any less hilarious. And with five new heroes added this year—Genji, Torbjörn, Widowmaker, and Zenyatta are playable, while Symmetra is a new monster—there’s extra potential for hysterical photobombs.

Our favorites are in the gallery above.

Part of what makes photobombing Junkenstein’s monsters so much fun is that it’s dangerous: Getting so close to the enemies is a serious risk in Junkenstein’s Revenge. Should the photobomber get knocked out, the rest of the team can fall, too. But, it’s worth the risk. Landing that perfect photobomb—hitting that emote timing just right—is exhilarating.

New to photobombing? Blizzard actually added little clovers to the Junkenstein’s Revenge map that reveals where the monsters will spawn. Standing by those will put you in the shot.