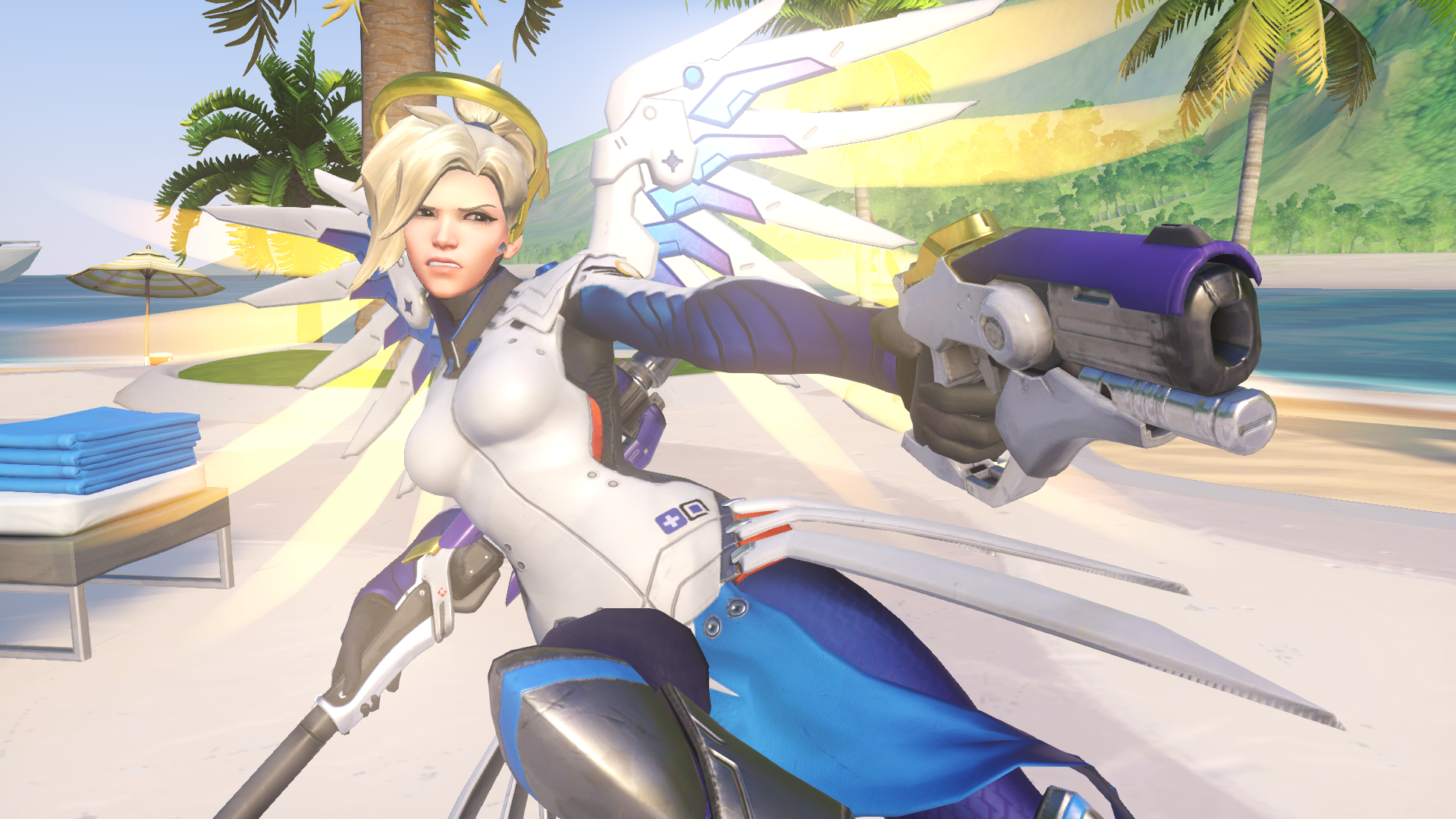 Valkyrie’s online—and because of it, Mercy’s weapon is a little bit too strong.

Overwatch’s Mercy got a reworked kit on the game’s public test region earlier today, totally changing the way the hero is played. She’s got a new ultimate, Valkyrie, that allows the healer to fly, but also amps up Mercy’s stats.

It’s major: Valkyrie gives Mercy infinite ammo and increases the damage and fire rate. Pair that with Ana’s Nano Boost and you’ve got a seriously scary healer. Take a look at TSM streamer Gale Adelade trying out the strategy.

Apparently that’s, uh, not how new Mercy is intended to be played, according to Overwatch principal designer Geoff Goodman. “Her gun while using Valkyrie is a bit too strong at the moment,” Goodman said. “The idea is for it to have some extra juice to use it in more niche situations. It is strong enough that it is feeling like the primary way to use the ultimate, which isn’t intended.”

That sounds in line with Overwatch game director Jeff Kaplan’s previous comments about why the developer is changing Mercy. Her kit was encouraging players to stop healing in certain instances and go hide in a corner. This is different, but in an entirely opposite way.

Goodman didn’t expand on how the ultimate could be adjusted to fix the problem, but he did mention that there is “likely” to be a “good amount” of tuning throughout the Patch 1.15 PTR cycle.