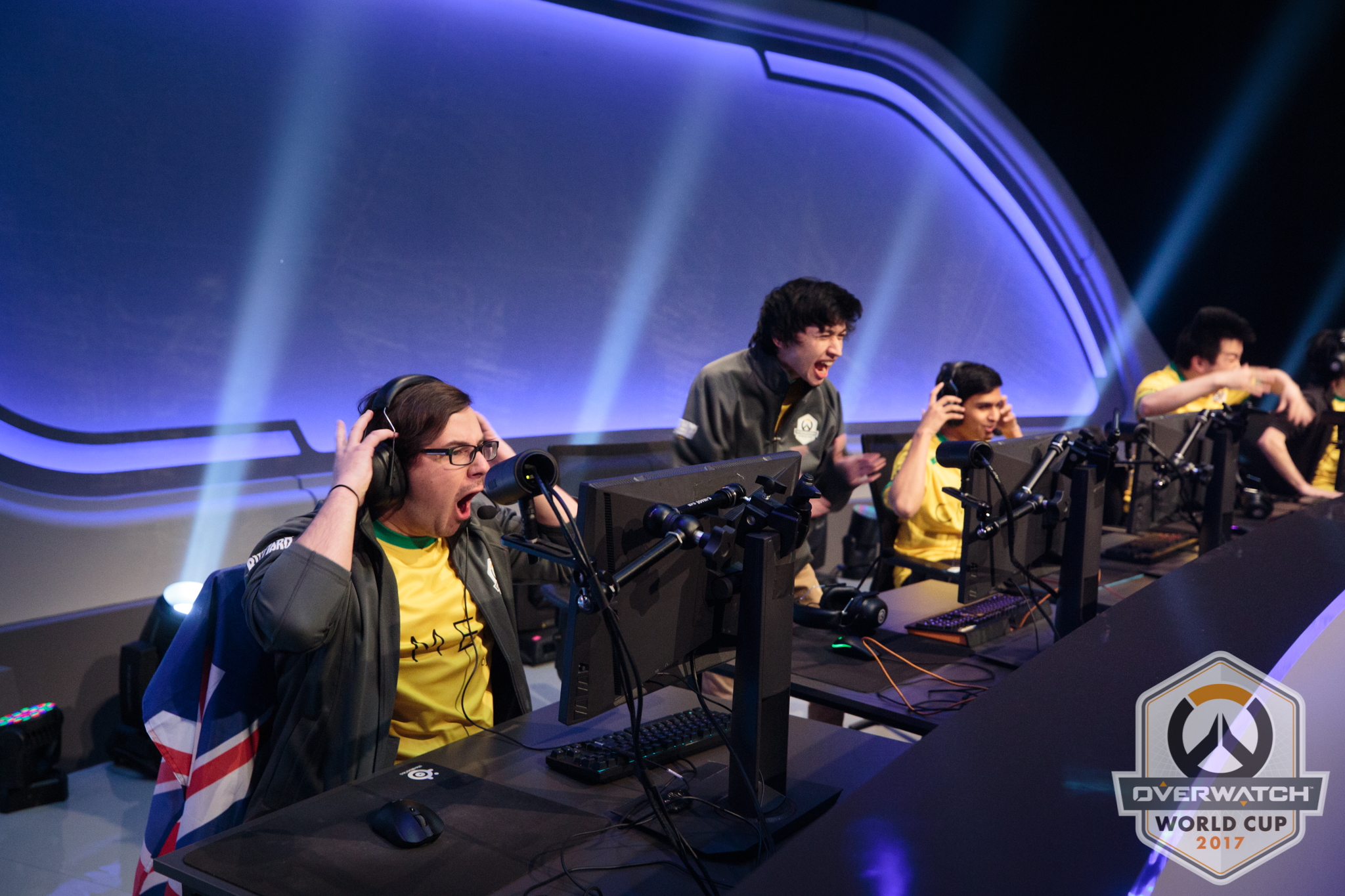 Though Vietnam and Finland also had this sort of advantage, Sweden and Australia were able to both break out of Group C and punch their tickets to BlizzCon. Both teams made easy work of the other teams in Group C—Portugal and Italy—aside from Sweden’s slight falter in a 2-2 series with Portugal. Sweden topped the group, followed by Australia, into the Sydney semifinals.

Group D saw Japan and Spain at the top of the initial stage, upsetting favorites Finland who entered the tournament with the former Rest in Pyjamas Overwatch team and Team EnVyUs’ star DPS Timo “Taimou” Kettunen. Japan, a relatively unknown team in the international Overwatch scene, proved a challenge for the rest of the field.

The Overwatch World Cup Sydney playoffs pitted Sweden vs. Spain and Japan vs. Australia. Sweden made quick work of Spain, taking them out 3-0—though the games weren’t entirely straightforward. Japan vs. Australia ended the tournament in an exciting fashion with a back-and-forth series that reached the full five game series. The home team, Australia, kicked off the series with a win on King’s Row only for Japan to snag the next win on Lijiang Tower. Both teams continued to trade map wins until Oasis, where Australia harnessed the power of Sydney’s passionate crowd to take the 2-0 win.

The Overwatch World Cup roadshow heads to Katowice, Poland from Aug. 4 to 6. South Korea, Netherlands, Poland, and Austria will compete as part of Group E, while Canada, Russia, Singapore, and Turkey round out Group F. The final group stage event will be held in the United States from Aug. 11 to 13 with the United States, Taiwan, Brazil, and New Zealand in Group G, and United Kingdom, Germany, Israel, and Belgium in Group H.