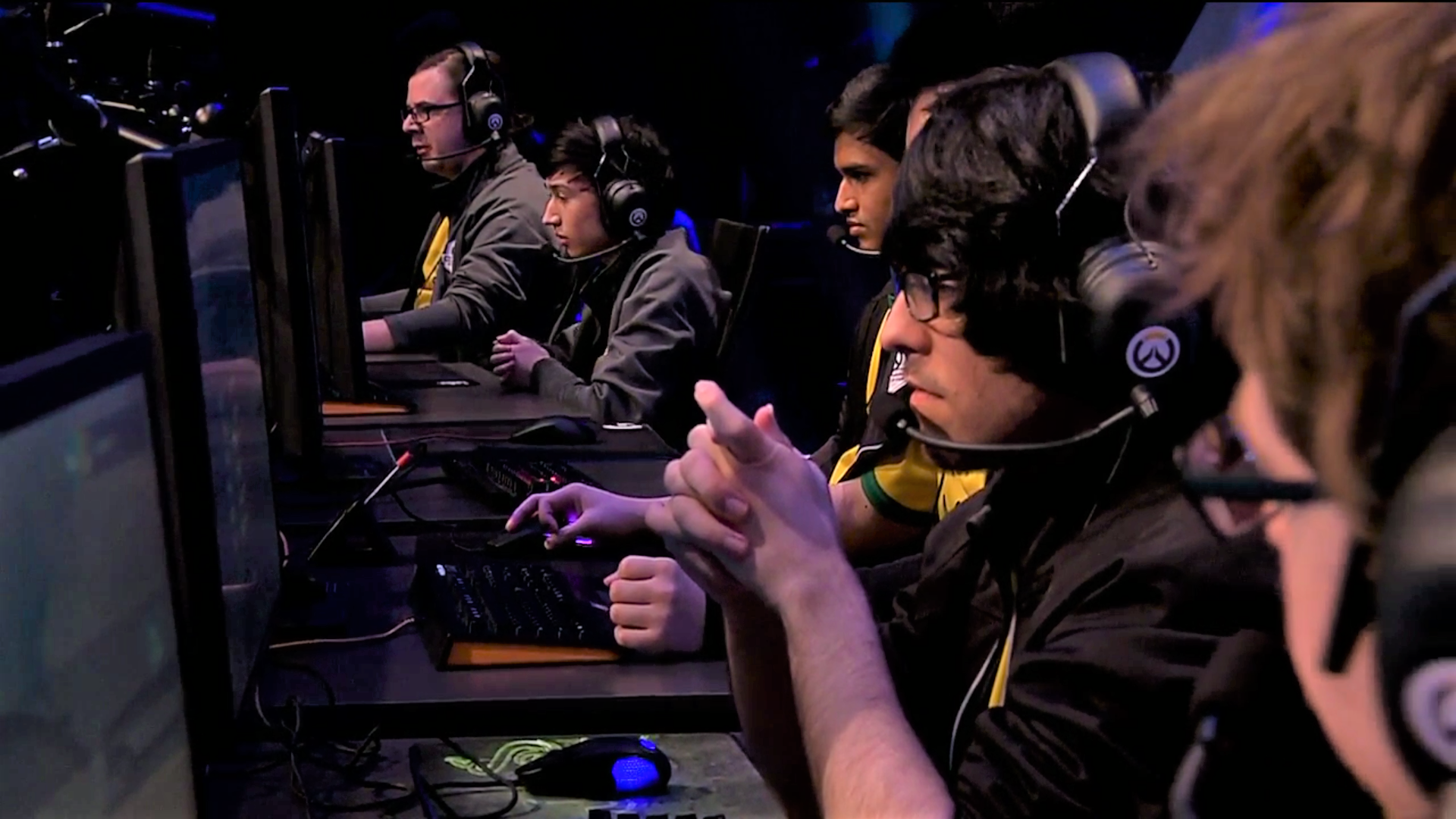 Not to mention, the team is entering the tournament with a certain advantage: The Sydney group stage is back on their home turf. They have, however, spent the past few months competing in Taiwan’s Overwatch Pacific Championship, where they earned second place. The Overwatch World Cup Sydney group stage is a welcome homecoming, and the team is looking forward to playing hard for a crowd full of locals.

Related: Australia learns that anti-gravity isn’t the best place to fight in the Overwatch World Cup

Australia’s been underrated across the globe. International teams outside of Asia haven’t had much of a chance to play against them. With a 4-0 against Italy on the first day of play at the Overwatch World Cup, other teams will likely be a bit more intimidated. Their hardest matchup is Sweden, who they’ll face on the third day of tournament play.

Do you have any advantage in being an already-established team coming into the event?

Rqt: I think there is always a benefit to having a long-standing roster together. I think it’s an advantage. We have been a team since November, and that’s an advantage we have over other teams.

SereNity: If you’re looking at efficiency or practice, for example, other World Cup teams that don’t have a complete roster can only spend one or two weeks practicing. The Chinese team, for example, the roster was announced and only had two weeks to practice. For other teams like Rogue, like us, and to some extent, Misfits, all of our practice and other tournaments is also for the World Cup.

How would you compare Australia to the rest of the world?

Rqt: I think there is a disparity between us and America, just overall. I think you can see that reflected in the World Cup seeding, since it’s based on average season rank. I think there is a gap there, but at the high end there is always going to be good players and I think our team is a little underestimated by some of the overseas teams that haven’t had the chance to play us. The last six months we’ve had the chance to practice against Korean teams. They are the best region, so I think that’s an advantage to us if other teams underestimate us.

Do you notice much of a strategic difference in the way regions pick heroes?

Rqt: Yeah, there is a little bit of a difference. I’d say a lot of Sombra is being played by the Korean teams and we saw it kind of pick up in the Chinese qualifier. I think the western scene wasn’t ready or expecting that, and that’s why it seemed like Sombra did well at the start.

SereNity: In Australia, it’s a lot harder to climb or gain rating as a tank or support player because it’s generally harder to coordinate with your team in Australia. When it’s an isolated region, people don’t focus as much on competitive and learning the game, so it’s very obvious when all the top players are just DPS players. It’s hard for teams to learn the coordination required to improve, because geographically they don’t get the chance to scrim international teams like the Koreans, for example.

What does it mean to represent Australia on your home turf?

Rqt: We’ve been dominant against Australian teams for a while now, so I think we’ve had that feeling of, “We’re the best in Australia. We’re the best we have to offer.” I feel like in Taiwan we also felt like we represented Australia. It feels good, honestly that we are at the top of our country, and that we have the support of people. And coming back from Taiwan where we didn’t have the crowd support, just hearing the crowd today filled us with a lot of joy. It feels good being back in our home country where a lot of people support us.

SereNity: The thing to note is that most esports athletes are generally younger, so they wouldn’t have had the chance to experience life and go through hardships in life. And it’s very obvious when having a home ground advantage, for example, because our players are very affected by the crowd. During the Overwatch Pacific Championship, when the round would just cheer for something minor, like one of our team dying, yeah, it really affects the players. I would say it’s a big factor here. One of our strengths is the home crowd.

Sweden is the top seed coming into the tournament. How are you preparing to compete against them? Are you worried?

Rqt: I wouldn’t say we are worried. They are our biggest competition in our group for sure, I don’t think anyone would dispute that. I feel like there’s always going to be that pressure to perform against them, and I guess looking at the match we will just go over as much as we can between now and then of our games and of their games, and try and sort something out that is going to work against them.

SereNity: The biggest problem with that is that because we have played in Taiwan for three months, we have a treasure trove of VODs for people to watch and analyze our play. For example, with Sweden, they have Misfits and also two different players so we can’t really be sure how different the team will be with the two new players. Even watching old VODs, it will just be the Misfits strategy. But what will these two new players bring in to the team? That’s a big concern.

On Horizon Lunar Colony, you were dominant overall, but there were moments on defense where you looked shaky. Is that something you will be looking at moving forward?

Rqt: I feel like the nature of two [capture point], like Horizon Lunar Colony, you can lose so quick if you make one mistake. And that’s what happened on stage, we didn’t really jump when we could’ve on the first point, and we really paid for it because they had a good ultimate economy going on to the second point. Once we analyzed that we should have gone on the first point, when the second half came around to replay the map, they didn’t capture the first point. The map is not a weakness, it’s just that we didn’t execute what we should have.

Assuming you qualify for BlizzCon, who would you like to face at the event?

Rqt: We were over in Taiwan for three months, so it would be good to play against Taiwan if they are able to make it out of their group. It would be amazing to get the rematch, because in Overwatch Pacific Championship, they got the upper hand, winning in the grand final. There is a bit of a grudge there.

SereNity: Another concern is that the tournament in Taiwan, the Overwatch Pacific Championship, the international scene doesn’t think well of it. They think it’s just a tournament for all the other teams that are excluded from bigger events because they are not skilled enough. But as we can see, there are three teams from the Overwatch Pacific Championship that actually made it to the World Cup. I think it’s Thailand, our team, and Taiwan. I am hoping for all three teams making it to BlizzCon, and actually show the world that playing together for three months is the best way for teams to improve. But with Thailand being knocked out, the only possible chance is for us and Taiwan to make it through to BlizzCon.