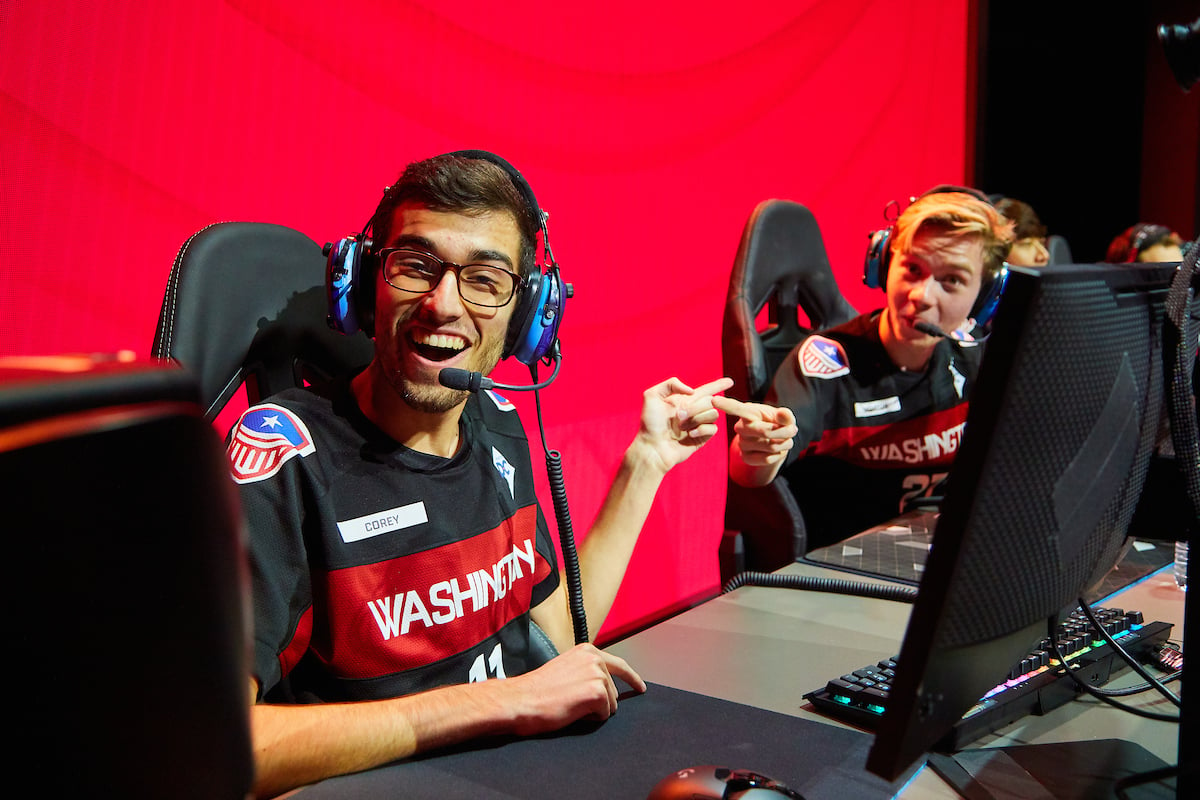 It may only be the third week of Overwatch League competition, but this weekend’s games are about to make things very interesting.

The Washington Justice will host eight teams at their homestand on Feb. 22 and 23. These games serve as the first opportunity for teams to clash outside of their designated regional divisions. Atlantic North teams will face their Atlantic South counterparts for the first time, giving fans a better read of where teams fall in the entire Overwatch League leaderboard.

Here are some of the best matches to watch during the Washington, D.C. weekend.

This homestand might belong to the Washington Justice, but the weekend’s first game is delivering all the hype. At their opening weekend homestand, the New York Excelsior swept both enemy teams. Last week, the Philadelphia Fusion did the same at their own homestand. Both teams have only dropped one map to competitors. Philadelphia is the current front-runner for Atlantic South dominance and the NYXL has no plans to give up its lead in the Atlantic North division.

This will be the first time in the Overwatch League season that two overwhelmingly dominant teams face off. Look for flex support battles between 2018 Overwatch League MVP Bang “JJoNak” Sung-hyeon and newcomer Kim “Alarm” Kyeong-bo of the Philadelphia Fusion to start things off. DPS battles will also be intense depending on starting roster choices. Will we see a battle between New York’s captain Park “Saebyeolbe” Jong Ryeol and legendary Philadelphia carry DPS Lee “Carpe” Jae-hyeok?

Beyond the obvious lure of epic showdowns, this match will be the first chance for a team to gain bragging rights across division lines. Of all the matches taking place this weekend, this one shouldn’t be missed.

On the other end of the competitive spectrum lies this match between the Houston Outlaws and Boston Uprising, which takes place at 4pm CT on Feb. 22. Boston put up a surprisingly good fight against the New York Excelsior on opening weekend, but dips in cohesion took them down. Meanwhile, Houston had an abysmal 0-2 showing last week due to illness and questionable coaching decisions.

For two teams that obviously need improvement, this match is a chance at redemption. A win here signifies that changes have been made and will give either team a much-needed boost in morale.

With one win and one loss, the Paris Eternal are sitting pretty in the middle of the Atlantic division standings. This weekend, one of their secret weapons is ready to take the stage. Former Element Mystic off-tank Choi “Hanbin” Han-bin turned 18 this week and is now eligible for Overwatch League play.

During opening weekend, the Paris Eternal ran a questionable double main tank setup since neither of their off-tanks were available. This weekend, they’ll face the difficult decision of running Hanbin or Eoghan “Smex” O’Neill, who was ill during the team’s first two games.

If Hanbin can use his built-in cohesion with DPS Jung “Xzi” Ki-hyo, a player who stunned fans and analysts with his flex skills, the Paris Eternal might be scarier than anyone expected. The Washington Justice will be the first team to deal with Hanbin at 6pm CT on Feb. 22.

Hitscan is a way of life: Toronto Defiant vs. Philadelphia Fusion

In their first game of the season, the Toronto Defiant impressed fans with a 3-1 win over the Paris Eternal. This weekend, however, brings the team their first real challenge in the form of the Philadelphia Fusion. Huge DPS battles are guaranteed, especially between Toronto hitscan god Andreas “Logix” Berghmans and any of Philadelphia’s choices, like Lee “Ivy” Seung-yun.

At the end of the day, we might see who can carry harder between Carpe and Logix. Philadelphia’s cohesion may top the Defiant’s, but this match will be a good indicator of Toronto’s true talent. They take on Philadelphia at 4pm CT on Feb. 23.

Despite losing both of their games thus far this season, the London Spitfire put up an unexpected fight against strong teams like the New York Excelsior. In the final match of the weekend, at 6pm CT on Feb. 23, the all-rookie Spitfire roster will be pitted against the Washington Justice.

London have had a few weeks to learn from their initial mistakes and may come back with a vengeance. It’ll be up to London’s support line to survive the endless onslaught brought by Washington DPS duo Corey Nigra and Ethan “Stratus” Yankel. If the Spitfire bring home a win on Washington’s own turf, they’ll silence quite a few naysayers.

The Washington D.C. homestand games begin at 2pm CT on Feb. 22 when the New York Excelsior takes on the Philadelphia Fusion.