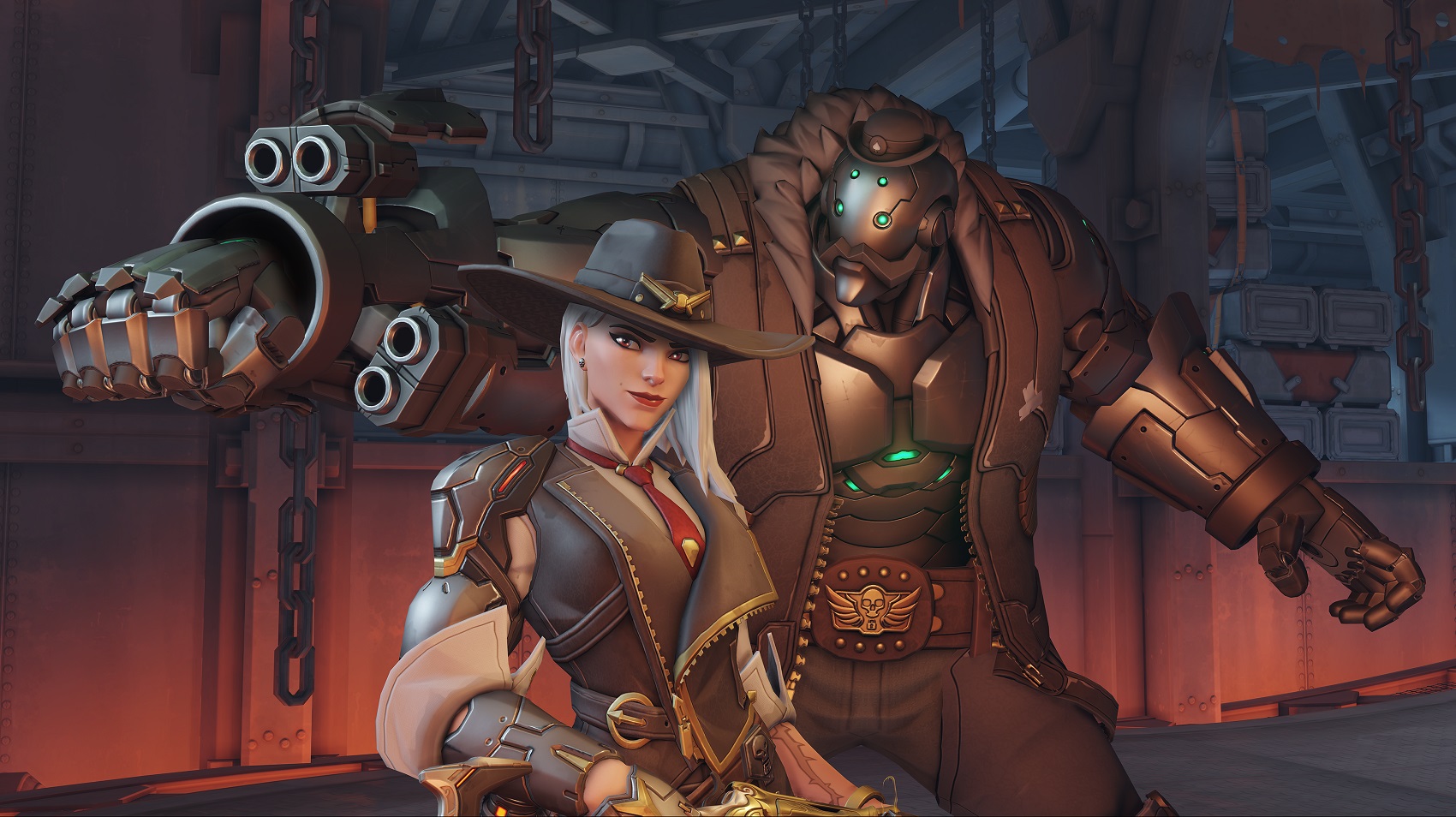 Blizzard announced her entrance into the PTR through a Developer Update posted to YouTube on Monday. Introduced first during Reunion, McCree’s animated short, Ashe is a damage-dealing hero with a high-skill playstyle and a sidekick ultimate called B.O.B.

Related: Blizzard is “in discussion” with Microsoft and Sony for console cross-play

BlizzCon attendees were able to test out Ashe over the weekend, but she’s available for all PC players on the test server today. Ashe, with her omnic sidekick, was introduced during BlizzCon 2018 as leader of the Deadlock Gang. She’s a bad-ass gunslinger who’s got two weapons—a semi-automatic rifle called the Viper and a smaller gun called the Coach Gun. Dynamite is her other ability, and it’s literally a stick of dynamite that Ashe throws into battle; shooting the explosive will detonate it immediately. Otherwise, it’s got a short delay until the blast.

B.O.B. is her ultimate ability—and it’s awesome. Ashe calls in her omnic butler to do damage and charge into enemies. He’s essentially a seventh hero in Overwatch. Bob’s one of a kind: he can contest points, be nano-boosted, and healed.

As always, we can expect Ashe to be up on the Overwatch test server for at least a few weeks. During the incubation period, Ashe will likely be iterated on as players find out how to exploit her abilities. PlayStation 4 and Xbox One players will have to wait until she’s made her way onto the live server, however. Until then, only PC players will be able to test out Ashe and her large omnic sidekick.