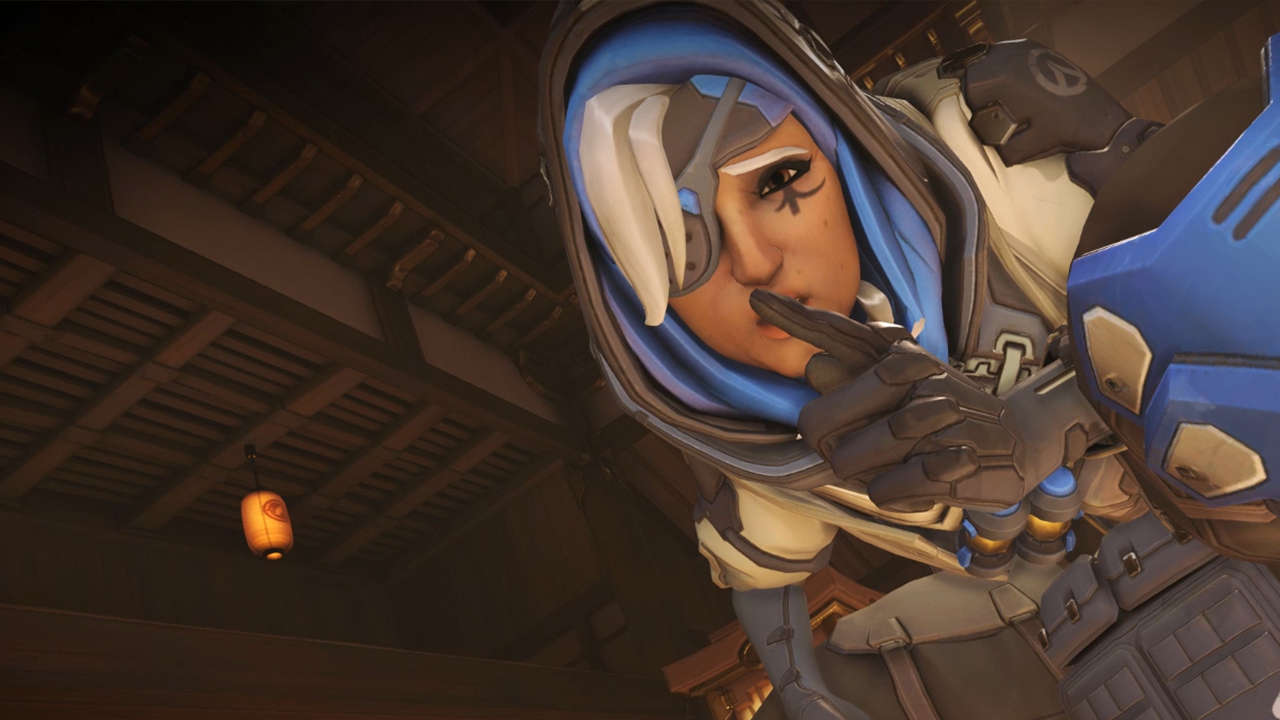 Overwatch healer Ana has been practicing her comedic styling.

In Overwatch, she’s pretty serious. But in Heroes of the Storm, all she’s got are jokes. Like Genji and D.Va in Heroes, the jokes flow. The nature of Heroes, and how it’s excluded from lore timelines, allows Blizzard’s developers to get a bit sillier with the characters involved—and Ana is not an exception.

If she’s not joking about her age, she’s cracking jokes about her missing eye. It’s dad joke after dad joke.

Related: Heroes of the Storm has embraced Gremlin D.Va

“When she was young, Fareeha asked for a toy rifle. I told her she’d shoot her eye out,” Ana says. “I regret that.” Psst, and if you don’t know, Fareeha is Overwatch hero Pharah, Ana’s daughter.

Related: Overwatch heroes Ana and Junkrat are joining Heroes of the Storm

Another favorite is when Ana and Blizzard tease the audience about some classified information in Overwatch. As Ana is thinking about the good times with the Overwatch crew, she mentions a few names we haven’t heard yet: But they’re redacted by Blizzard.

“I just love this photo of Fareeha and me with the original Overwatch team,” Ana says. “It brings back memories of times with Jack, and Gabriel, and redacted. Oh, and I could never forget redacted.“

Ana’s available for testing on the Heroes PTR, alongside new battleground Volskaya Foundry. Overwatch hero Junkrat is expected soon, too.