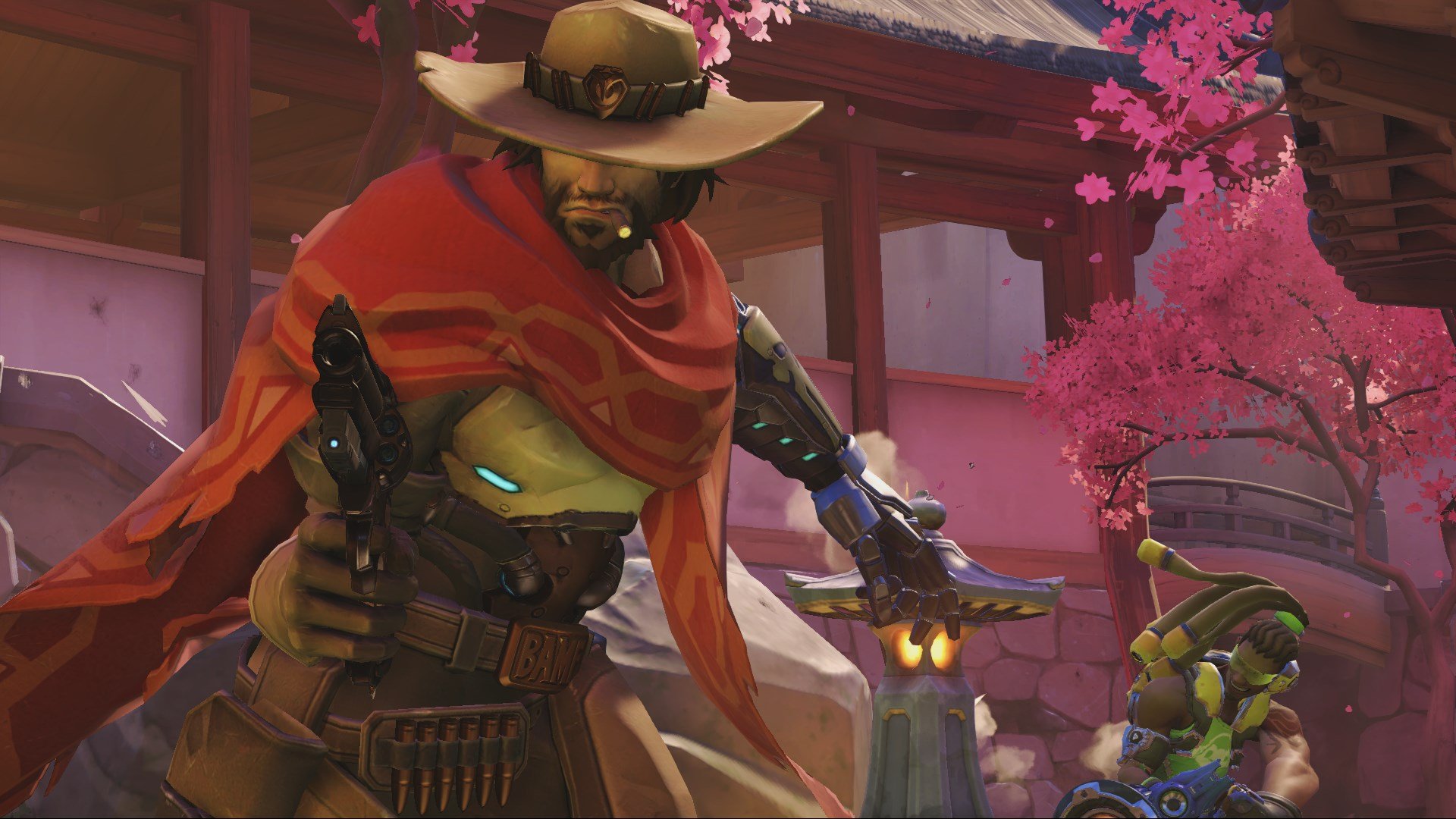 Just one week after the release of Overwatch’s first new hero, and she’s already receiving buffs.

Ana’s Biotic Rifle now features 10 shots per clip and her rate of fire has increased by 20 percent. That should give her a little more oomph, allowing her to output healing numbers more on par with her fellow supports while making her that much more dangerous to the enemy team. While Ana features a kit filled with extremely powerful abilities, the playerbase at large has struggled to leverage them to success. In the pro scene, Ana has seen plenty of play, especially on offense, where her Nano Boost ultimate is the ultimate weapon to push a checkpoint, but this change could make her a bit more stable.

In addition, a bug that allowed players affected by her Sleep Dart to recover instantly has been fixed, meaning the Dart will keep a hit target out of the fight for at least 0.5s.

The change to McCree, though, are a bit more puzzling. The gunslinging cowboy became a monster after the July 19 update massively reduced the damage falloff on his pistol, allowing him to snipe foes from almost every reasonable range on Overwatch’s slate of maps. That, combined with Zenyatta buffs which brought him and his powerful Discord Orb into play, has made the game a nightmare for classes like Pharah, who can’t survive without getting picked off instantly by McCree’s laser pistol. McCree needed some changes, as after nerfs to his Fan the Hammer, he was absent from the metagame in favor of the more versatile Soldier: 76. But the July 19 patch made him an unstoppable monster at many levels of play.

Blizzard likely aimed to change that with an update this week, but many pro players fear its response may end up as a buff to the cowboy overall.

McCree’s damage falloff range was decreased by 10 meters, meaning that his pistol damage now starts falling off closer than after the July 19 patch, but he still has more range than he did at Overwatch’s release.

In exchange, the cowboy got a handful of buffs. His alternate fire, Fan the Hammer, now unloads his clip 15 percent faster, and the recovery time on his Flashbang was reduced from 0.5 seconds to 0.35 seconds.

During the beta, McCree was a monster with his full damage Fan the Hammer, even killing beefy tanks with a single click of his mouse. Blizzard heavily nerfed the damage on it, leading to the optimal play usually being to land a headshot with his primary fire instead of using Fan the Hammer at all.

It makes sense, then, that the alternate fire received a buff considering it was suboptimal to use it in almost every situation. But the changes, allowing McCree to fire sooner after landing a flashbang and allowing him to empty his clip faster, means he should now be able to get 5 and sometimes 6 shots off on a stunned target, which spells immediate death for characters like Tracer and Genji.

So overall, the changes feel like a buff at first glance to what is currently the most powerful carry character in the game. McCree will still deal full damage with his pistol during most fights in Overwatch, and he’s now much more dangerous in close quarters, especially against non-tank heroes.

It’s possible the changes won’t play out as many players expect, and it will certainly at least decrease the chances of a random headshot and discord orb one shotting players from across the map. But for now, it looks like it’s high noon all the time.