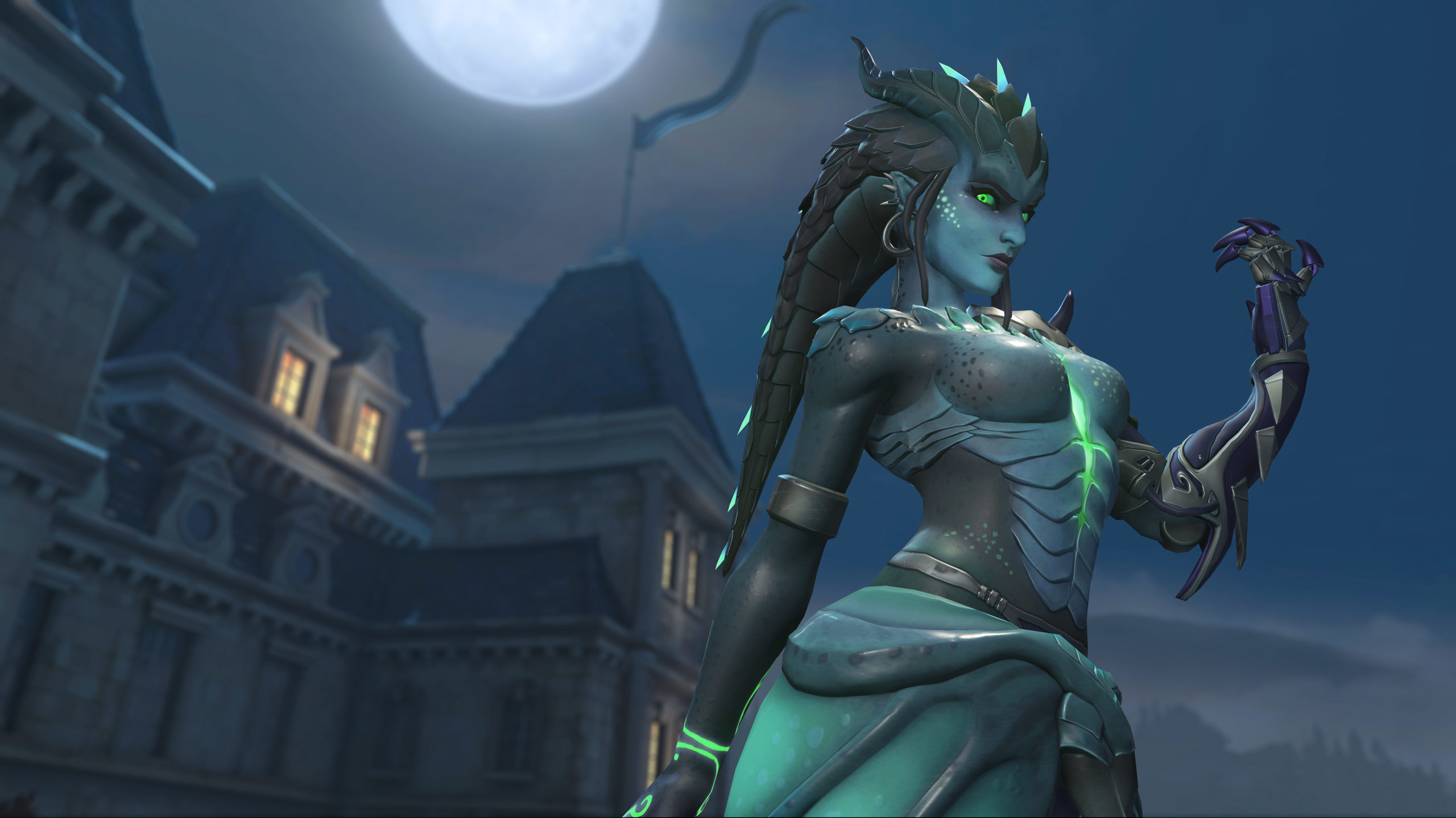 Blizzard has announced the next variant of its Overwatch Anniversary Remix events. Starting today, players will be able to obtain new recolors of six legendary skins. Additionally, three new weekly challenges will give players the opportunity to earn popular returning skins, player icons, and sprays that were only available for a limited time.

As is customary for Overwatch‘s anniversary events, all other limited seasonal skins and cosmetics are available for purchase for the duration of the event. Anniversary Remix: Vol. 2 is the second of three planned Anniversary events this year, all of which are giving players the opportunity to stock up on Overwatch‘s best skins before the launch of Overwatch 2.

Neon Cat Sombra is a remix of Black Cat Sombra, which debuted as part of 2021’s Anniversary event.

Poison Dart is a blue-green remix of Lúcio’s Hippityhop and Ribbit skins, both of which are non-event base legendary skins.

Noxious Roadhog is a remix of Toxic Roadhog, which was released during 2019’s Anniversary event.

Dark Wolf is a remix of Hanzo’s Lone Wolf and Okami skins, which are two of his legendary skins.

Dr. Ziegler Mercy is the first week’s challenge reward. Alongside the skin, players will be able to earn two sprays and a player icon that debuted with the skin during the Mercy’s Recall Challenge in late 2019.

Mardi Gras Ashe is the second week’s challenge reward. The skin was originally featured during Ashe’s Marti Gras Challenge in 2020 and comes with two player icons and a spray.

Maestro Sigma is the third week’s challenge reward. It originally came as part of Sigma’s Maestro Challenge in 2020 and features a unique player icon alongside the skin.

While it isn’t technically a part of the Anniversary Remix: Vol. 2 event, the new Luchador Reaper skin will be available for purchase starting on May 17 and running through June 25, which overlaps with the event. It’s an Overwatch League skin, meaning it can only be purchased with OWL tokens.