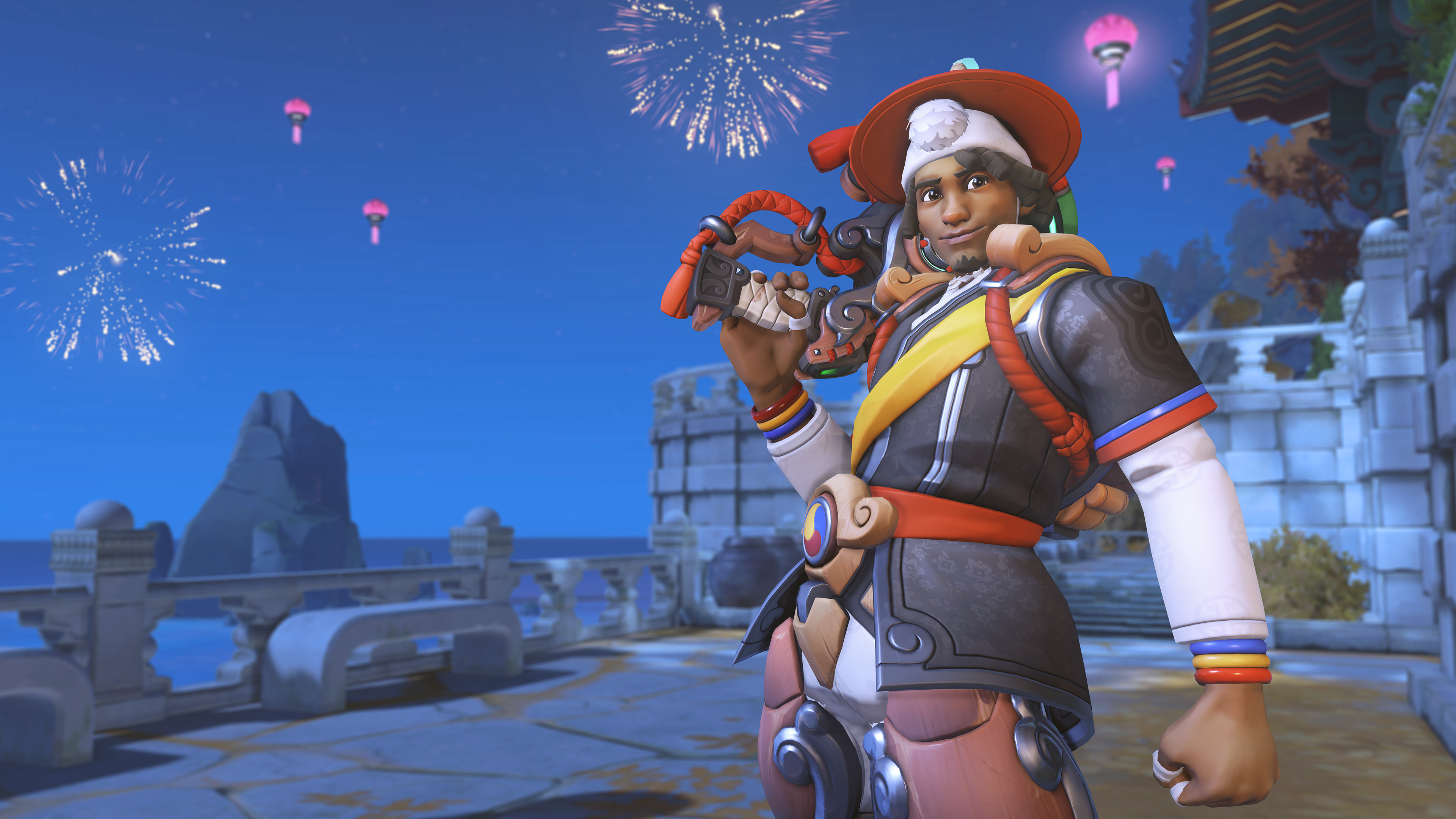 Though the release of Overwatch 2 is in the near future, it is expected that these events will continue throughout 2022 in a similar pattern, allowing players to get their hands on items they may have missed from previous years, as well as earn new ones. Therefore we can expect the annual events to return in the same capacity throughout the year, barring any changes that Blizzard may include, such as the lineup of challenges that accompany these events.

Here is a look at the seasonal events Overwatch players can expect throughout 2022.

Every February, Overwatch celebrates the Lunar New Year alongside the rest of the world, tying in cosmetics that relate to East and Southeast Asian traditions and folklore. This event allows the Overwatch developers to find ways to connect heroes like D.Va and Mei to cultural traditions, while decorating other heroes in traditional outfits to celebrate alongside them.

At least one hero receives a skin that relates directly to the year’s zodiac, such as last year’s Bull Demon skin for Orisa celebrating the Year of the Ox. Interestingly, within this event, Ashe received her Tiger Huntress skin, where BOB takes the form of a tiger—despite that animal not being the year’s zodiac.

Lunar New Year was the first time the infamous Capture the Flag game mode was introduced to Overwatch, now returning each year with new modes and availability in competitive gameplay. Recent iterations of the Lunar New Year event have also included the new Bounty Hunter mode in Overwatch’s Arcade, enabling players to seek revenge on others that rack up large amounts of kills.

Players can look forward to the annual Lunar New Year event, this time celebrating the Year of the Tiger, returning in early February.

Archives is the one event every year that allows players to dive deep into an unexplored area of Overwatch’s extensive lore. From Tracer’s first mission as a member of Overwatch, to dissolving the exploits of Talon, and even fighting through Omnics in Havana, the Archives event has previously opened many PvE opportunities for players to learn more about their favorite heroes.

Yet there has not been a new addition to the PvE stories available to play within Archives in three years, likely due to the emphasis on PvE game modes in the upcoming Overwatch 2. Though that may change with this year’s planned iteration of the event, it will likely only contain Uprising, Retribution, and Storm Rising as previous years have allowed.

These PvE experiences, while available in their normal story-driven capacities, also return with added challenges that reward exclusive sprays upon their completion. Some of these challenges include enemies exploding on kills, allies having less health, and Torbjörn lava spewing from defeated enemies. Each of these challenges comes with varying difficulty levels, enabling players to traverse them at their own pace.

Archives is expected to return in early April.

This year marks the fifth anniversary of Overwatch, and the Anniversary event at the end of every May marks the celebration of how the game has grown since its release.

Overwatch’s annual Anniversary event acts as a major celebration for players to enjoy just how far the game has come, from its growing roster of playable heroes to the expansive cosmetics available for each of them. New cosmetics become available during each Anniversary that showcase the cast of heroes in more party-like attire, with some skins opting for more comical approaches to a hero’s design. The Anniversary event was also the first event to bring the dance emotes for each hero, with some new ones added each year.

Throughout the duration of the event, all seasonal game modes and their competitive counterparts make a return on a rotating weekly basis, complete with all of the rewards normally available for completing achievements within them. Players will also have the opportunity to purchase previous seasonal cosmetics for every hero, including skins, highlight intros, sprays, and more during the Anniversary event. Seasonal items released this year will maintain their high pricing, while those from previous years will have their cost substantially reduced.

Overwatch’s Anniversary event is expected to launch alongside the game’s fifth anniversary at the end of May.

Overewatch’s version of the Olympics, the Summer Games, returns in the midst of each summer to provide the game’s heroes a brief break from saving the world.

The Summer Games is renowned for the introduction of Lúcioball, a three-vs-three game mode where all players take control of an individual Lúcio to enjoy a game of soccer utilizing twists on many of Lúcio’s abilities. Previous iterations of Lúcioball have enabled players to partake in games in stadiums in Busan, Sydney, and Brazil, though new maps may join the rotation in the future. The separate Lúcioball Remix mode allows players to ramp up their normal Lúcioball gameplay in a more fast-paced setting for more rewards.

The 2022 Overwatch Summer Games event is expected to start in late July.

Before the end of the year, Overwatch celebrates two unique holidays in very different ways. The first of these is through the Halloween Terror event, placing many of the game’s cheerful heroes in locations straight out of horror movies.

In the PvE experience Junkenstein’s Revenge, players take control of a hero from a curated list to fight Dr. Junkenstein and his Omnic army, as well as the many heroes that he summons as his companions to break open the gates of Eichenwalde’s giant castle. The list of heroes available to play as in the normal version of the mode grows each year, as many heroes receive new skins that tie them into the lore of Junkenstein’s havoc.

Like with Archives, Halloween Terror brings back multiple challenge modes within Junkenstein’s Revenge that let players experience the PvE mode in different ways. By completing these challenges on various difficulties, players are rewarded with various exclusive sprays that can not be obtained through other means.

Overwatch’s Halloween Terror event returns at the end of each October.

Overwatch ends each year with festivities in the snow, acknowledging the hard work that players and the cast of heroes have put in throughout the year.

The annual Winter Wonderland event sees heroes join together to celebrate the holidays, putting aside their differences to partake in holiday festivities, such as snowball fighting and hunting yetis. Exclusive cosmetics are made available each year that showcase the holiday cheer of many heroes, some opting for more cozy attire while others taking the appearance of characters from holiday tales.

Three game modes are available during the Winter Wonderland event, each complete with their own takes on fun in the snow. The first is Mei’s Snowball Offensive, where players take control of Mei to shoot snowballs at their enemies in Ecopoint: Antarctica. There’s also a free-for-all deathmatch version of this more, forgoing the teams available in the standard version for all-out snowball warfare. Yeti Hunter puts a team of five Meis against one giant yeti Winston where the Mei’s fight across the snowy tundra to slay the beast or become victim to another one of his feasts.

Last year’s iteration of Winter Wonderland introduced the new mode, Freezethaw Elimination. In this mode, two teams of four fight to freeze their opponents, which happens upon a hero dying. Allies have the opportunity to thaw out their teammates, but if the entire team is frozen without anyone being thawed out, they lose. It is likely that this game mode will now accompany the others available during the annual Winter Wonderland event.

Overwatch’s Winter Wonderland event rounds out the year at the start of each December.