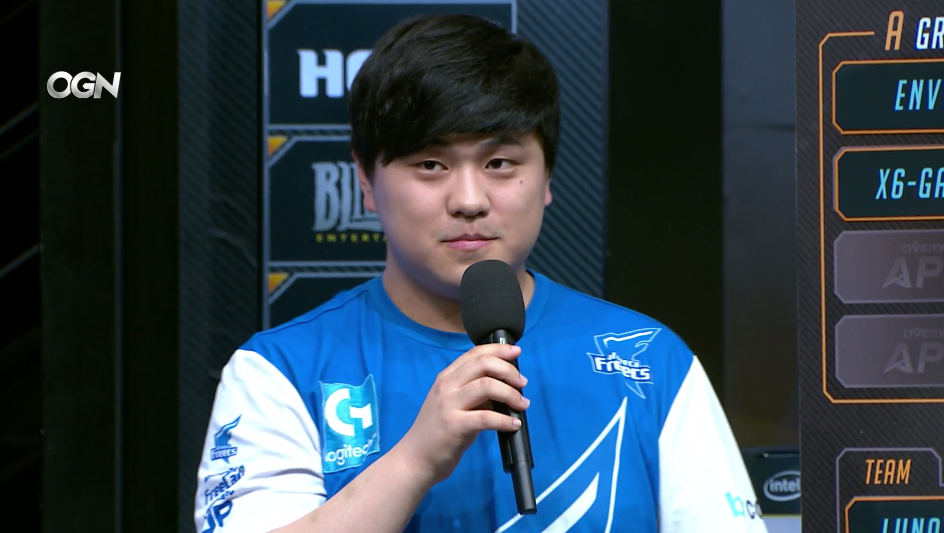 Afreeca Freecs Blue have earned their rematch with Meta Athena.

The team that sent ArHaN and company to the losers bracket in last season’s playoffs, Meta Athena has become the target of Afreeca Blue’s revenge.

Meta Athena handily took down Afreeca Blue in their playoff bout last March, ending the series 3-1. Afreeca Blue looked promising after their initial map win on Ilios, but were subsequently beaten by Meta Athena in the three following maps.

Taking Meta Athena to overtime in the last two maps, Afreeca Blue narrowly missed the series win—a win that could have propelled the team into the round of four.

Three months have passed since that best-of-five series, and on June 13, Afreeca Blue and Meta Athena will once again meet in the Seoul GIGA Arena for the first round of Overwatch Apex’s playoffs.

Afreeca Blue head into this series with an undefeated match record this season, beating the likes of Runaway, who finished last season in second. Afreeca Blue are ready to continue this win streak by instilling a feeling of defeat onto Meta Athena

For Meta Athena, this match is a necessary bridge to cross. After being just one map away from beating Lunatic-Hai in last season’s semifinals, Meta Athena have their eyes set on the finals. Despite ending their group in second this season, Meta Athena have retained their elite level of play. To Meta Athena, Afreeca Blue are just one of the many bridge trolls they will have to overcome in their journey to the finals.

But before Afreeca Blue can also set their sights on the finals, the team must first make sure all members are in top form.

ArHaN is the unknown variable within Afreeca Blue—he has been inconsistent throughout his career as a professional player. Arguably one of the best Genji players in the world, ArHaN’s mechanics are top notch. With a lightning fast reaction time, he can single-handedly bring his team back from a losing teamfight.

But with ArHaN’s positives come his negatives. Known to play overly aggressive at times, his headstrong nature has more often than not led to his death in-game. And being the player Afreeca Blue pours their resources into, ArHaN’s mistakes can have deep consequences.

Fortunately for Afreeca Blue, this past season of Overwatch Apex saw a much tamer version of ArHaN. He’s been more in sync with his teammates, and ArHaN decimated his competition in Group B in tandem with Afreeca Freecs Blue’s other DPS player, Jeong “Recry” Taek-hyun.

But Meta Athena is a much different beast.

A better team than any Afreeca Blue faced during the group stage, Meta Athena will put ArHaN to the test. Unlike a team like KongDoo Uncia, who Afreeca Blue toyed around with playing Orisa, who at the moment is considered quite bad in competitive play, Meta Athena will punish any mistakes Afreeca Blue make. One slip up by ArHaN, no matter how small, and you can be sure Kim “Libero” Hye Sung and Ha “Sayaplayer” Jeong Woo, Meta Athena’s two DPS players, will be there to instantly capitalize.

While ArHaN’s performance will surely be important for Afreeca Blue, Meta Athena’s innovative playstyle may be what decides this series. Last season’s playoff matches were Meta Athena’s stage to unveil their unconventional and unique strategies. Some of their most creative plays, such as their Mei ice wall boost on Dorado, were showcased during the playoffs.

This creative aspect of Meta Athena is something Afreeca Blue knows all too well. Afreeca Blue were the first team to experience Meta Athena’s Sombra, a hero that became a part of the meta soon after.

Afreeca Blue’s ability to adapt mid-series will be crucial for their success. Even if Meta Athena refrain from any unconventional picks, they will pull out heroes like Zarya and Reinhardt who, despite falling out of the meta, can still be very effective in the right situation.

If Afreeca Blue can overcome Meta Athena’s strong unconventional play, revenge may finally be theirs.