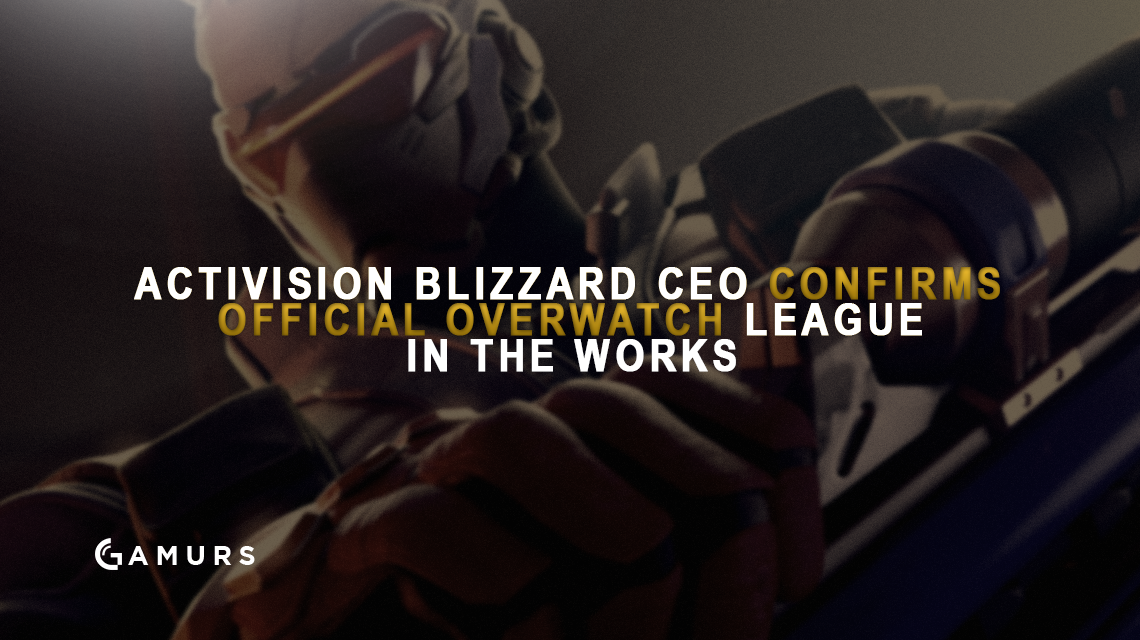 Today at the Vanity Fair News Establishment Summit, Activision Blizzard CEO Bobby Kotick broke the news that an official Overwatch League is happening, according to GosuGamers.

With Blizzard’s first official Overwatch event to take place at BlizzCon, the Overwatch World Cup, it makes sense for the esport to become more official with its next big step. The World Cup will feature national teams from around the world in lieu of esports organizations.

This upcoming league would likely be more in line with other official leagues like the League of Legend’s League Championship Series or Blizzard’s recently announced Heroes of the Storm league. An official announcement has not yet been made, but house money is on that happening during the BlizzCon event on November 4-5.

Overwatch has seen numerous tournaments since its launch in May, including ESL’s Atlantic Showdown, ELEAGUE’s Overwatch Open and the ongoing OGN APEX League in Korea. An official league with backing by Blizzard would be the a huge step in Overwatch’s evolution as an esport.

Are you excited for an official Overwatch Esports League? Let us know in the comments below and follow @GAMURScom on Twitter for further esports coverage.