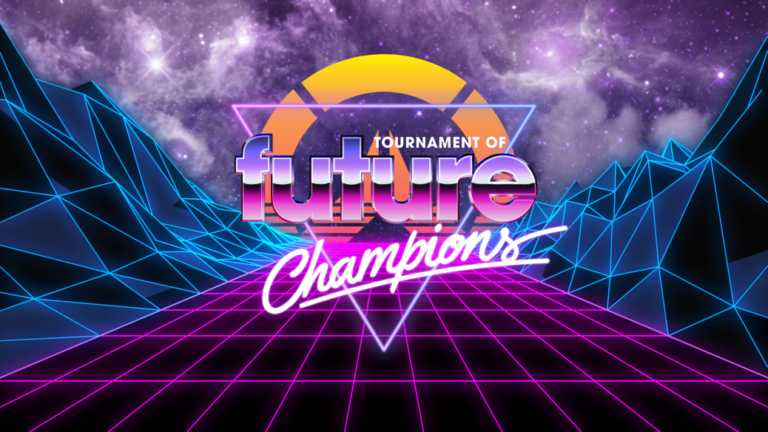 Image via Tournament of Future Champions

Hero bans, though familiar in esports, aren’t something competitive Overwatch has embraced. There are a few reasons, the biggest of which is that Blizzard operates the three main Overwatch circuits: Overwatch League, Overwatch Contenders, and the Open Division. Third-party tournaments, which are more likely to iterate on tried rulesets, are rare.

But one upcoming tournament, Dallas Fuel coach Justin “Jayne” Conroy’s Tournament of Future Champions, will be the first to test out a new ruleset, implementing hero bans and protects for the tier two and three Overwatch scene. The hero ban system is most commonly used in multiplayer online battle arena games, like League of Legends and Dota 2. Anyone that’s watched the League Championship Series or Dota 2’s The International should be familiar with the practice: the two teams cycle through ban and picking phases, each choosing who they want to play and who they don’t want the other team to have access to. The structure adds a layer of complexity not only to in-game style, but to the scouting and practice that happens outside of professional matches. It works in League of Legends and Dota 2 because there are so many champions available.

The number of Overwatch heroes available to play is the big knock against pick and ban systems for the competitive scene. “We’ve had a lot of discussions on this, as early as before we even shipped we talked about this kind of stuff,” Overwatch developer Geoff Goodman said in December. “There’s still maybe potential for it, but it wouldn’t be for a while if we did it. We would need a much deeper hero pool, otherwise it doesn’t really make sense.”

Not everyone agrees. Jennifer “LemonKiwi” Pichette, a caster for the Tournament of Future Champions, told Dot Esports that pick and ban systems in Overwatch isn’t just a way to remove unbalanced heroes from competitive play. Instead, it’s a challenge that forces teams to prepare for anything and remain flexible.

“It rewards teams who study the enemy, who expand their strategies on maps, and can flex their hero pools to fit the situation,” Pichette said. “It’s a battle of adaptability. I’m excited to see if teams will opt to enable their own team, or decide to cripple the enemy’s strengths.”

Smaller scale events, traditionally, are the arena in which teams are able to try out new strategies and develop the meta. That’s precisely what the Overwatch community has seen with Overwatch Contenders over the Overwatch League—Contenders has a less rigid patch schedule than the Overwatch League had in its first season, which allowed Contenders teams to be the harbingers of new metas. The Tournament of Future Champions, with its $2,000 prize pool, gives Overwatch’s upcoming talent a little more space to play around with the current format.

The most interesting possibilities are the mini metas that are likely to develop inside the single tournament, like what happens with League of Legends’ World Championship. It’s still an untested idea in Overwatch, but the community is excited about creating further complexity in how teams strategize.

“You can go in with the best possible plan but it can all be ruined by the protect or ban from the opposing team,” Christopher LoBosco Jr., a Tournament of Future Champions caster, said. “The ability to make adjustments and create compositions based on what is happening in a game and what heroes are still available is imperative. Certain sets of bans will have their own meta and strengths for certain play styles.”

Unlike in Dota 2 or League of Legends, teams are locked in for their “picks.” Those are just protected heroes that can’t be banned by the other team. It allows for Overwatch to keep its core values of flexibility and adaptation, allowing compositions to change during the match as they normally would.

“Since TFC is a one-day tournament, hero bans is a way to level the playing field between teams who have a lot of practice and newer teams, ultimately allowing the ingenuity and skill of players to shine through,” Conroy said in a statement. Coaches, too, will be able to spectate matches, which will help teams use their support staff in-game.

The Overwatch community has been vocal about change—whether that’s in the form of new or adapted rulesets. Pick and ban systems haven’t been tested yet in Overwatch, but come the event’s start on Jan. 19, we’ll have some concrete evidence to consider.