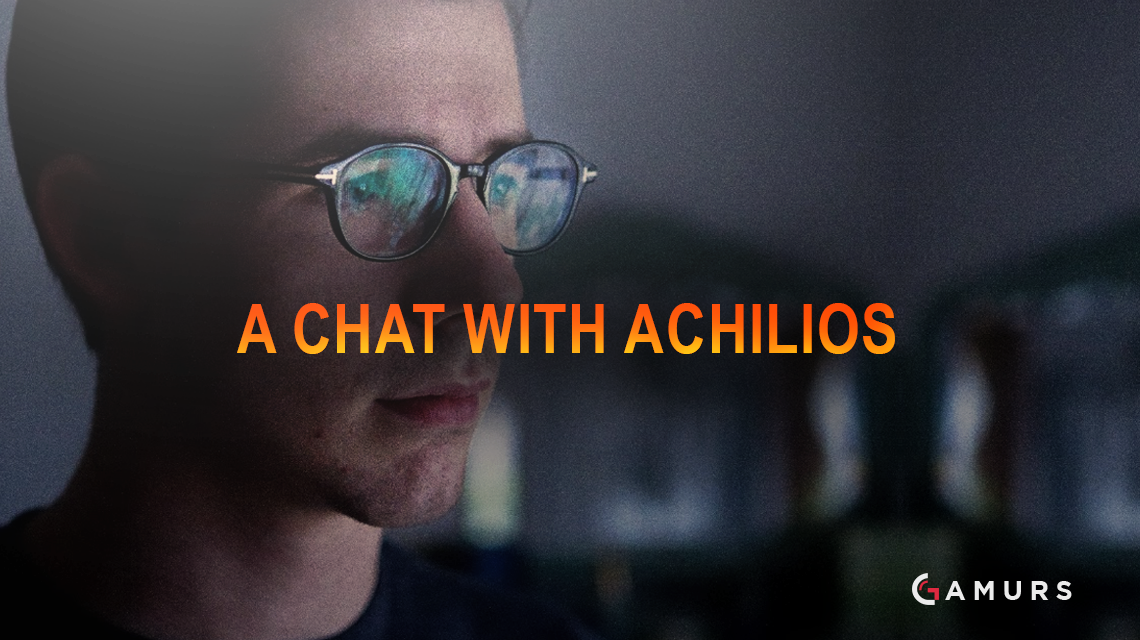 I was lucky enough to get the chance to interview one of my personal favorite casters, Seth “Achilios” King. He’s most known for casting LCK with OGN, and recently for being on the talent team for IEM Oakland. In just a few days, Achilios will be at IEM Gyeonggi, where he will be casting both League of Legends, and for the first time, Overwatch. As he’s a newer face to the Overwatch community, I wanted to do a quick profile-interview to potentially introduce him to some new fans.

Was League of Legends the first esport you started casting? How did you manage the transition from an amateur doing events like the HTC league to a professional with OGN?

Achilios: League was my most played game (other than WoW) at the time that I started casting, about four years ago or so. Initially, I started off applying to everything I could find, mostly small online weekly leagues, such as TowerDiveTV and LoL Tourneys, while filling the gaps with little one off events. This went on for a long time and then I became staffed as a caster for Highschool Star League. Around that time, I met Zirene and he offered me personal coaching and really helped me improve my casting immensely. Shortly after, I landed the Alphadraft Challenger League, which is where I casted with EU’s Tsepha and LPL’s Frosk for the first time. After ADCL, I was contacted by Twitch in regards to casting the LMS Summer/Regional finals. I, of course, said yes and recommended Tsepha to be my co-caster. This was around the time that Steve Arhancet told me his plans for creating a challenger tournament to showcase TLA and other up-and-comers; C9’s new jungler Contractz was one of these talents. Montecristo, having watched HTC and LMS, reached out over Twitter to see if I would be interested in working for OGN. So, here we are.

You recently were added to Cloud9’s streaming community. How did this partnership originate and can we expect more regular streams?

Achilios: During my time working for Team Liquid as a video producer, I was contracted out to follow C9 through their boot camp and brief Worlds run last year. During that time, I became pretty well acquainted with the players, as well as Jack. C9 has always been a team that I’ve enjoyed watching, what with their unique collection of personalities, so it seemed like a decent place to call home as far as streaming goes. I don’t mean any disrespect to TL (haha), I still love those guys and cheer for them every time they play. As for regular broadcasts… soon.tm

You’re most known for casting LCK in South Korea. Was ending up in Korea the way you envisioned your career going?

Achilios: I never thought I would end up in Korea. Originally, NA/EU LCS was my goal, the idea of coming to Korea just hadn’t even occurred to me given the prestige that the region carries, as well as my casting predecessors here. That being said, I couldn’t be happier with how things turned out.

You and Monte were on air when the now infamous hour and half long pause occurred. What was the process that led you two to playing Hangman with Twitch chat?

Achilios: I wouldn’t call it a process, it was more of a descent into madness. When you have a long pause, you can only really talk about the game for about 15 straight minutes before it gets stale and repetitive; we didn’t even get into champ select so we didn’t stand a chance with that. Monte is great to cast with because he’s known for his antics, so being with him during that pause really softened the blow and allowed for it to be entertaining throughout. It was a unique experience that I hope to never go through again, haha.

There is a huge amount of excitement in the community over the LCK rosters being formed for 2017. As a caster, are you sharing that excitement?

Achilios: Of course. The roster shuffles for season seven have been some of the most exciting mix ups we’ve ever seen, especially with the reverse Korean exodus.

Moving away from LCK, recently you casted IEM Oakland. How was your experience casting at the Oracle Arena and what I believe was your first international event?

Achilios: That was my first arena cast (where the audience can hear the English commentary), and it was an absolute blast. Getting to work (again) with Papasmithy, Tsepha, and Frosk is always a treat, but it was nice to have my first event alongside Sjokz, Mark Register, and Crumbz. I hope I can continue to work with them, whether it’s at future IEMs or other League events, such as MSI or Worlds.

Obviously IEM and ESL enjoyed having you on board, as you are now casting at IEM Gyeonggi. How does it feel to be there for IEM’s return to South Korea?

Achilios: It’s great. We get to see Immortals and Team Liquid at their first international events, SC2 is going to be massive, and ESL is bringing us a massive venue to debut their foray into Overwatch. The production from OGN will be top notch; I’m expecting this to be one of the best IEMs ever held.

At IEM Gyeonggi, you’re going to be casting both League of Legends and Overwatch. Surely, that’s going to be a huge challenge to prepare for both games. What kind of prep work is going into this?

Achilios: My preparation is mostly going to be focused on Overwatch, since I have never casted the game before. Mostly just learning the history of each team up to this point; their roster changes, player roles, and the heroes that they play. LoL requires a little bit less studying since the tournament will bring many surprises as far as current champion priorities and the synergy between some of these newly formed rosters.

Most fans have yet to watch LW Red play, despite the hype around the roster. What are your thoughts on them? Can they win IEM Gyeonggi?

Achilios: All of us at OGN were really surprised to see that LW Red didnt make it into APEX for Season 1. That being said, they’re still an excellent team and are the forerunners in the promotion tournament that will be taking place next week. If they can get through Lunatic Hai, then I think they can take the entire tournament.

So far, you’ve yet to cast Overwatch before this, despite OGN running Apex. Have you been interested in casting Overwatch as well?

Achilios: I’ve been interested in casting Overwatch since it was first announced at BlizzCon. I got to play the game several times during that weekend and immediately fell in love with it. So it’s just been a waiting game for my chance to dive in.

You were lucky enough to be at the Apex grand finals. What was the atmosphere like?

Achilios: It was incredible. OGN, as always, went all out on the stage and production for the event. The crowd was in awe over the setup, myself included. It’s unfortunate that it was a swift 4-0, but it was still well worth it to have been in attendance.

There is a lot of hope and conviction in the Overwatch community that the game will become the next big esport. Where do you see the game going in the future?

Achilios: I’m really not sure, it’s all going to come down to Blizzard’s plans for the League. Once we have more details on the structure, I can formulate my expectations for the game’s future. That being said, I hope to see it grow to the level of other titles, like CSGO and League.

I have to ask the obvious question. Will we get to see you and Papasmithy move into Overwatch more permanently, or possibly join the Apex talent team?

Achilios: Who knows? I would love to cast it regularly, and I think Papasmithy would feel the same way. It will just come down to our schedules with LCK and OGN next year.

Any tips on how to suck less at Widowmaker?

Are there any shoutouts you’d like to give out?

Achilios: Yes, a big thanks to everyone that has followed and supported my career thus far. The positive reaction from the LCK fans means the world to me, so I hope to continue entertaining and improving for them. And, of course, to my co-casters, not just Monte/Doa/Papa in Korea, but everyone I’ve had the pleasure to work with thus far.

Thank you, once again, to Achilios for taking time from his busy pre-event schedule to sit down with me. You can follow his Twitter @AchiliosCasts and his stream at twitch.tv/Achilios