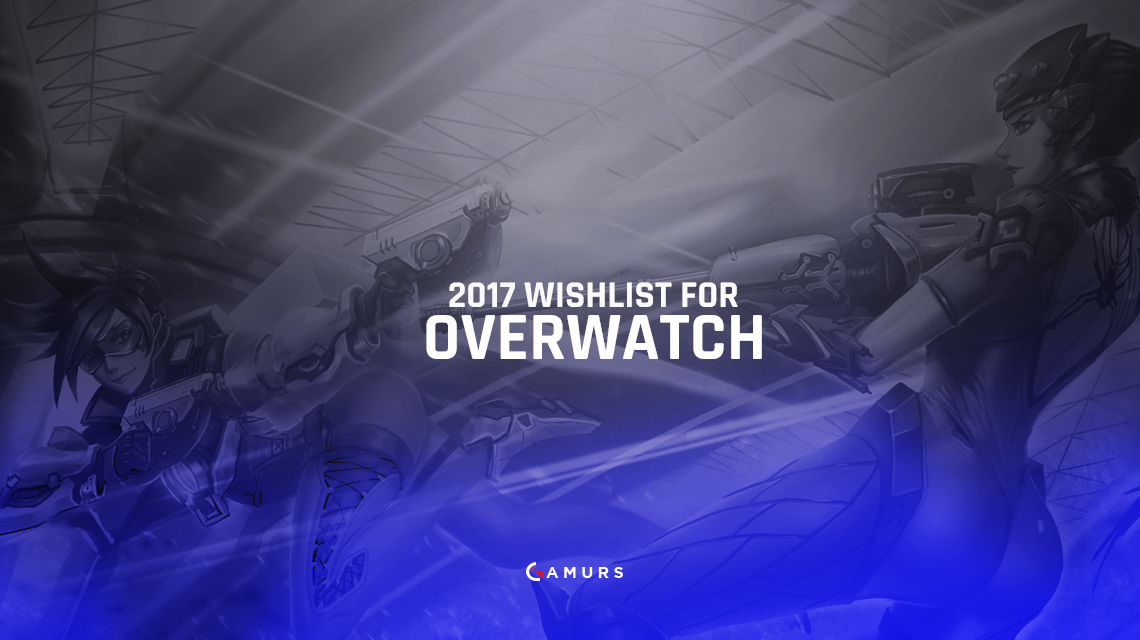 2016 was the year of Overwatch. In the year of its release, it saw multiple Game of the Year awards and high praise from throughout the industry, as well as a successful first few months in the esports scene. But there’s plenty of room to grow.

With the Overwatch League set to come in 2017, there’s a few things that could help bring the game to the next level in various ways.

Jeff Kaplan and the team have been teasing it for a while, but a better spectator experience is desperately needed for the esports side of the game. Overwatch is sorely missing in-game statistics and better spectator tools in general. Kaplan confirmed a type of overhead map in the works, but the game and scene would benefit greatly from stats to be able to see who’s doing well, who’s not doing well, and why certain characters are working/not working.

Overwatch’s biggest calling card is its diverse cast of characters and the player’s ability to switch mid-game. Why switch and when? Statistics and a map could help explain this to the casual viewer, as well as just give more presentation options for commentators and broadcasters.

A few months back, Blizzard announced plans to be more active on the public test realm to try out different changes when it comes to heroes and other aspects of the game. However, the last two balance patches have come from the PTR to the live server without much changing in between, when there’s clearly been cause for concern by those play-testing.

In 2017, it would be great for Blizzard to utilize the PTR better. If they want to test out drastic changes, that’s fine, but it would be for the best if there was more changes to what’s being tested on the PTR before they went live, as opposed to testing out the patch on PTR and bringing it to the live servers with largely nothing changing. Isn’t that what the PTR is all about?

In the same vein as the last topic, this one has been an issue numerous times. Heroes that have been weaker than others, like D.Va and Ana, got buffed; big-time, and in multiple ways. D.Va had her move speed buffed while shooting and her health was buffed by +100. If Blizzard decided to do just one of these things instead of both, we wouldn’t be in the current situation we are in where D.Va is incredibly strong, probably too strong. Change one thing at a time and see how the meta shapes up, instead of wholesale changes that take a character from weak to must-use.

A Fix for Assault Maps

Almost everyone can agree that the two checkpoint Assault maps in the game (Volskaya Industries, Temple of Anubis, Hanamura) are some of its weakest. If it were up to the players, they would rarely be played in a competitive setting. What can be done to change them to make them more player, and spectator, friendly? That’s up to Blizzard, but some environmental changes to the maps’ designs would be a good start.

Keep Up the Good Work

While there’s numerous issues with the game right now, Blizzard has obviously done a good job in other places. If they can keep up the pace they’ve started in 2016 with regular additions to the game, including content updates, heroes, maps, modes and seasonal events, 2017 will be another great year for Overwatch.

What do you want to see out of Overwatch in 2017? Let us know in the comments below and follow @GAMURScom on Twitter for further esports coverage.