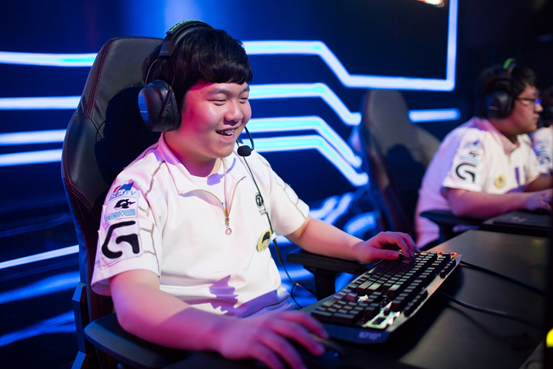 The World Groups Draw commences on 12th September. The group stage of the tournament consists of 4 groups of 4 with 3 pots. The first pot is reserved for the 1st seed in the 4 major regions (Korea, China, NA and Europe). The second pot is then reserved for 2nd seed for NA & Europe, the 2nd and 3rd seeds for Korea & China and the 1st and 2nd seeds for the Taiwanese region. The third pot is reserved for 3rd seed NA & Europe and the International Wildcard regions. Teams in the same region and teams in the same pot cannot be drawn together. Groups are played in a best of 1 double round robin. Top 2 teams in each group advance to the knockout stage.

Here are some interesting matchups that I would like to see going into the Group Stages.

I felt that this would be interesting matchup due to the history of both teams and also as a disappointed KT Arrows fan. It still makes for a good matchup as both teams have styles that originate from KTA’s skirmish-heavy style. Invictus Gaming’s teamplay is probably much closer to the style of play that won KTA the summer season. The main playmakers of this team are Kakao and Rookie and the rest of the team follows their lead. The main difference being Zz1tai, who is used as more of a split push threat while Ssumday in season 4 was much more of a role player, party due to what the meta demanded of top laners.

LCK Runners-up, KT Rolster on the other hand focus early resources onto Ssumday where Score and Piccaboo can roam and gain vision in the enemy jungle. While the focus is on Ssumday, Nagne and Arrow play safe during the laning phase and scale up for teamfights. Both teams play around their solo lanes and skirmish around dragons, so I’d expect at least an entertaining game from both teams. The problem is that like the KT Arrows, iG are very inconsistent.

There are also some question marks about Ssumday’s champion pool coming into the World Championships. During the regular season, Ssumday showed an impressively wide champion pool playing both tanks and carries, but has not shown impressive performances on Fiora and Gangplank; two very strong picks in the top lane meta. Surely there is enough time between now and the group stages to get more comfortable with these champion so we would have to wait and see. Teams have also started to identify weaknesses in KT’s early game by looking for the 2v2 to prevent roams by Piccaboo.

The Taiwanese region has been somewhat of an unknown. The region has not been able to recapture the glory of Season 2. Season 3 showed that the SEA region was inferior to the 4 main regions. Season 4 showed that the Taiwanese teams could compete with the top teams with both Ahq and TPA going out in groups but not being subjected to the typical International Wildcard stomp. Performances from Yoe Flash Wolves and Ahq in IEM Katowice and MSI respectively have shown that the Taiwanese region is ready to compete with those in the 4 major regions. Taiwan’s separation from the South East Asian region as well as their ability to play on the Korean server has only improved the growth of the top Taiwanese teams.

A good barometer to where both Ahq and Yoe Flash Wolves rank among the top teams is if Ahq play Counter Logic Gaming.  CLG having won the North American playoffs, are undisputedly the best team from North America at the moment but the North America region is still seen as the weakest region out of the 4 due to Fnatic’s impressive showing at MSI and TSM & C9’s shaky play in the summer season. While claiming 1st place at the NA playoffs CLG has shown some glaring weaknesses in their finals against TSM. First of all, CLG has struggled with engaging teamfights and therefore heavy rely upon Aphromoo to engage teamfights. Xmithie’s mechanical play is also very inconsistent showing incredible plays and amateur mishaps often in the same match. A world class team can easily exploit these weaknesses with a good kite/disengage composition or by targeting Xmithie. CLG’s style is also relatively easily to scout and their style hardly varies between match to match.

After winning the LMS playoffs in late July, Ahq had the longest time to prepare for the upcoming championships so their play and champion pools is somewhat a little bit of an unknown. Westdoor remains the primary playmaker for the team playing mainly aggressive picks that can roam and get kills across the map. With Diana and Fizz gaining popularity, the meta will suit Westdoor’s style of play. This matchup will probably be dependent on if Ahq can move Aphromoo away from engage champions so that Ahq can choose to teamfight when they want.

Many consider both Fnatic and Edward Gaming to contend for the title but it seems as if their strength relative to the rest of the world is unknown. After dominating during the regular season, EDG went through a serious blunder in the playoffs playing too passively resulting in a 4th place finish in the Summer Playoff. They bounced back in the regionals, winning against both iG and Snake to take second seed. This dip in form has made them hard to judge for me in terms of the top 3 contenders for the championship.

Fnatic on the other hand, have only since dominated since their impressive run in MSI going to 5 games with SKT. They have tried to diversify their style by running Lulu to play protect the AD carry compositions. Huni still remains to be main playmaker for Fnatic running top lane carries and will only be stronger with the most recent patches. Having a strong top lane in this meta seems like a very key to compete on the world stage so I’d expect Fnatic to at least advance past the group stage.

In terms of the matchup, the meta is starting to favour Pawn with more aggressive picks gaining popularity. Febiven has mainly played Viktor, Lulu and Azir throughout the summer split but there is nothing to suggest that he won’t be strong on assassins also. The bottom lane seems to be well-matched aswell. There is a stylistic difference in the jungle with Reignover being more gank-heavy while Clearlove likes to place vision and look for counter ganks. I’d expect this match up to be the closest.

All photos provided by Lolesports