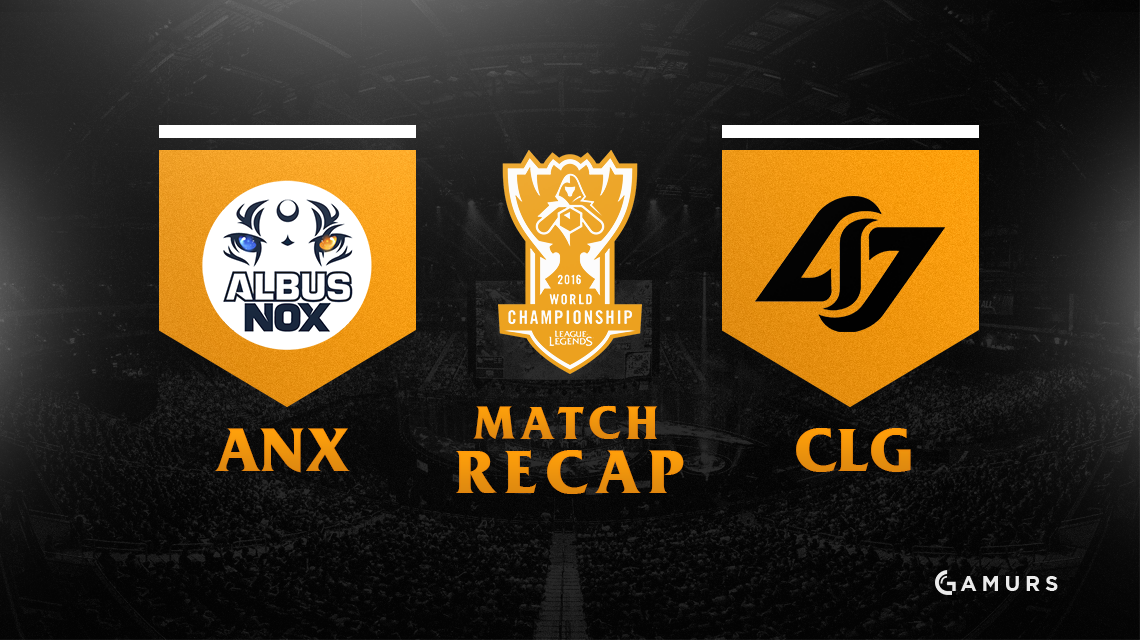 A recap of the match from day four of Worlds 2016 between Albus NoX Luna of the LCL and Counter Logic Gaming of the NA LCS.

Both of these teams knew that a win here might open the floodgates for them to go into the last-eight of the competition, as both squads walked into the match with a 2-1 record. This game could be the one that decides who stays and who goes, and both teams were ready to prove themselves on the rift.

CLG tried their luck up top early, but were denied by ANX and the game staying level for the first five minutes. In the ninth minute, ANX were able to punish an aggressive CLG down bot lane and get first blood for Likkrit.

ANX headed towards mid lane to secure the second kill and take a big early advantage, punishing a complacent CLG. This would then proceed to a team fight bot side, where CLG would trade two kills for two.

At the 15-minute mark, ANX were able to secure the first dragon of the game which resulted in ANX catching out an alone Nami to secure a kill as well. This would allow ANX to secure the first tower to complete the triple triad of firsts in the match (first blood, match and dragon). They would also find themselves the rift herald, only the fifth herald to be taken at Worlds.

A team fight at the dragon at the 22-minute mark gifted ANX another kill and their second dragon and tower. This increased their gold lead to nearly 4k.

After tower dive in the mid, another clean play by ANX gave them a tower, three kills and another pre-25-minute Baron to increase their lead more and more to just over 8k gold.

ANX were able to secure towers in the bot lane and an inhibitor shortly afterwards, and then turned their attention to the midlane and then the toplane, pressuring CLG as they took every outer tower and every inhibitor, all the while only losing their support. With a 13k gold lead at 28 minutes, this game was a slaughter.

Leaving CLG’s base, ANX were able to secure and other dragon to take the fight to CLG at the 30-minute mark, chipping away at the base to finish off CLG and leave them on the brink of an exit.