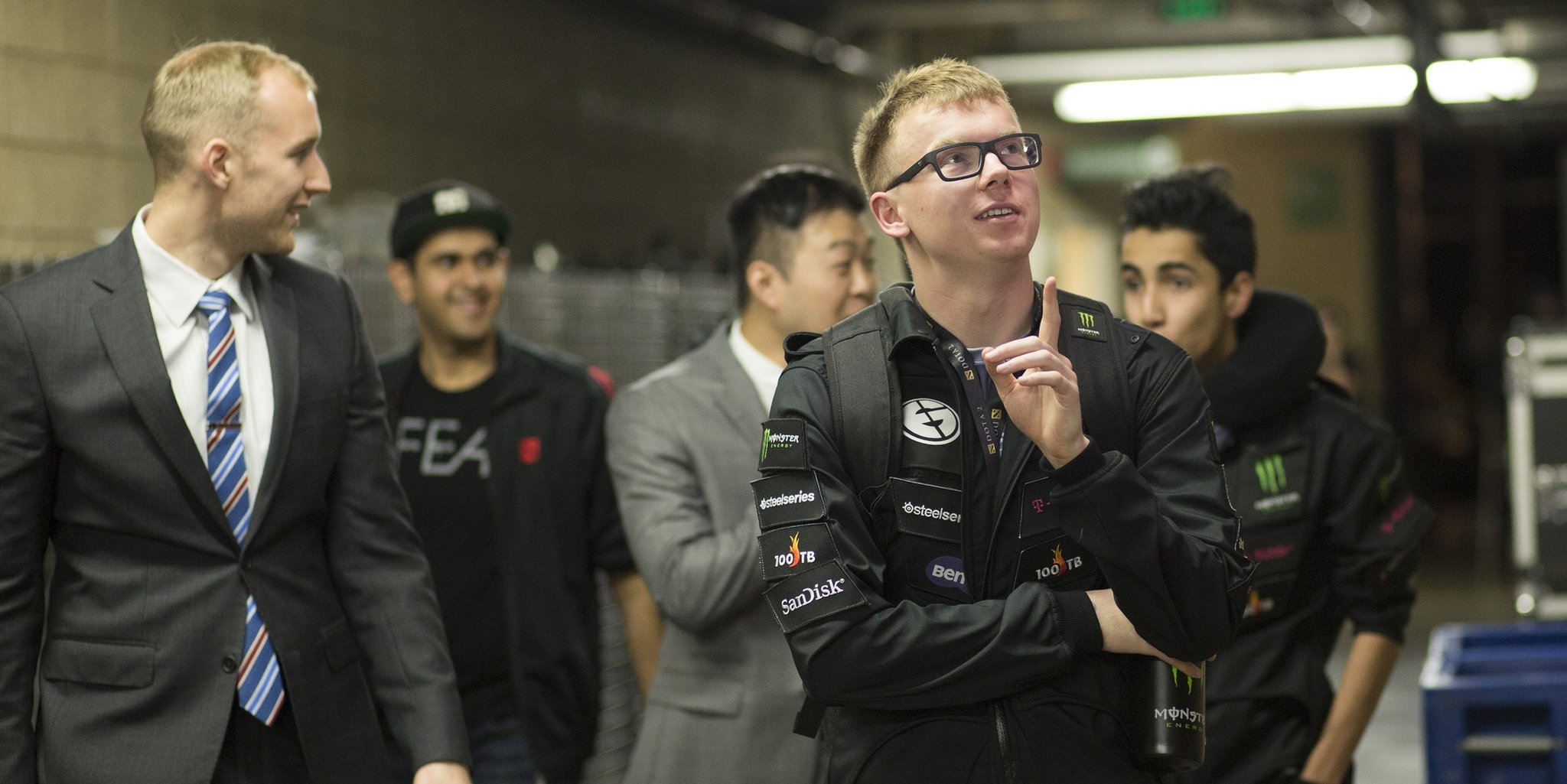 This article is a comprehensive analysis of the players who I believe are the five prodigies coming in to League of Legends Champions Korea Spring Split (2016).

Preface: The decision on what players to include was based solely on my opinion, so you might not agree with all of the players I have chosen, and I’m making my rankings based on all of the knowledge available to me at the time of writing this article (SoloQ, competitive history, roster swaps etc).

With the LCK’s spring split just two months away, I thought it would be fun to look at the up and coming talent in Korea. With the great exodus last year, many of the top Korean pro’s left to go overseas for more money, more opportunities and just more experience. This led to Korea having to develop a lot of new talent, and fast. The past two split showed us a lot of amazing new players, and a few players who didn’t quite live up to the hype. With that in mind, the players I’m about to list probably won’t become the next Faker, but with the right amount of coaching and nurturing, they could develop in to the future stars of Korean League of Legends. Without further ado, here are the top prodigies for each position coming in to Korea Season 6.

(Note, I’ll only be looking at teams/players in Champions, not challenger teams such as the players from ESC Ever, currently heralded for their surprise victory in the Kespa Cup).

The top laner for our squad of prodigies is none other than Jin Air Green Wing’s top laner SoHwan. This player is the biggest dark horse on this list, a highly skilled player known for his Riven play, a player who often finds himself going too aggressive. SoHwan spent last summer split playing for Pathos in the Korean Challenger Scene, unfortunately the team were not very successful. It’s easy for anybody to see that SoHwan can carry, hard. The biggest question however, is if he can adapt if the meta starts to stray away from top lane carries like Riven, Hecarim and Fiora, to more standard tank/utility play on champions like Malphite and Lulu. Also it remains to be seen if SoHwan will be the starting top laner for the Jin Air Green Wings coming in to the spring split. Whilst he got to play in the Kespa Cup and performed well, the Jin Air Green Wings recently lost veteran mid laner Lee “GankedByMom” Chang-Seok, so the team might look to their more established, stable top laner; Yeon “TrAce” Chang-dong as they adapt to having a rookie in the mid lane.

HONORARY MENTION(S): As of the time I am writing this article no Korean team’s have officially announced a new top laner, so for now there is no honorary mention. 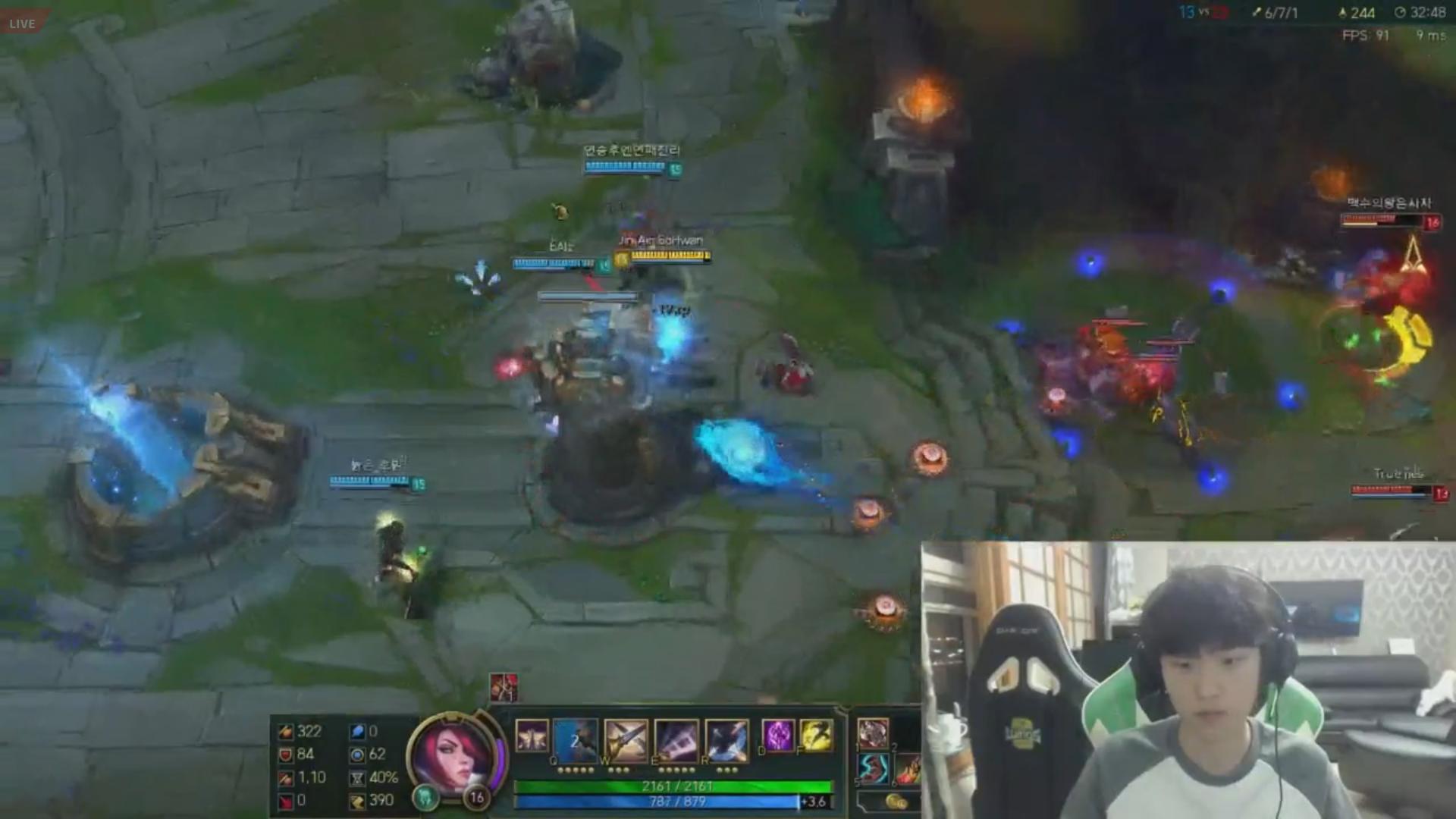 At this point, almost everybody who watches Korean League of Legends is starting to get hyped up for this player. SBENU Sonicboom finished 1-17 in the LCK Summer Split and most people were sure they would be relegated. However, coming in to the relegation tournament, SBENU picked up a new jungler, and he CARRIED. It would be unfair to put the series win completely down to Flawless as the rest of the SBENU squad look to have improved DRASTICALLY, but Flawless looked very comfortable playing in the booth and made loads of intuitive and aggressive plays on his competitive debut. Since then, Flaw has received a lot of attention after numerous highlight reels reached the front page of the League of Legends sub-reddit showing him outplaying western pros as they boot-camped for worlds. Turning down offers to come over to the west, Flawless looks to prove himself as a top jungler in Korea, and has already helped SBENU take a game off of world champions SK Telecom T1 in the Kespa Cup. Flawless is definitely a player to watch out for. 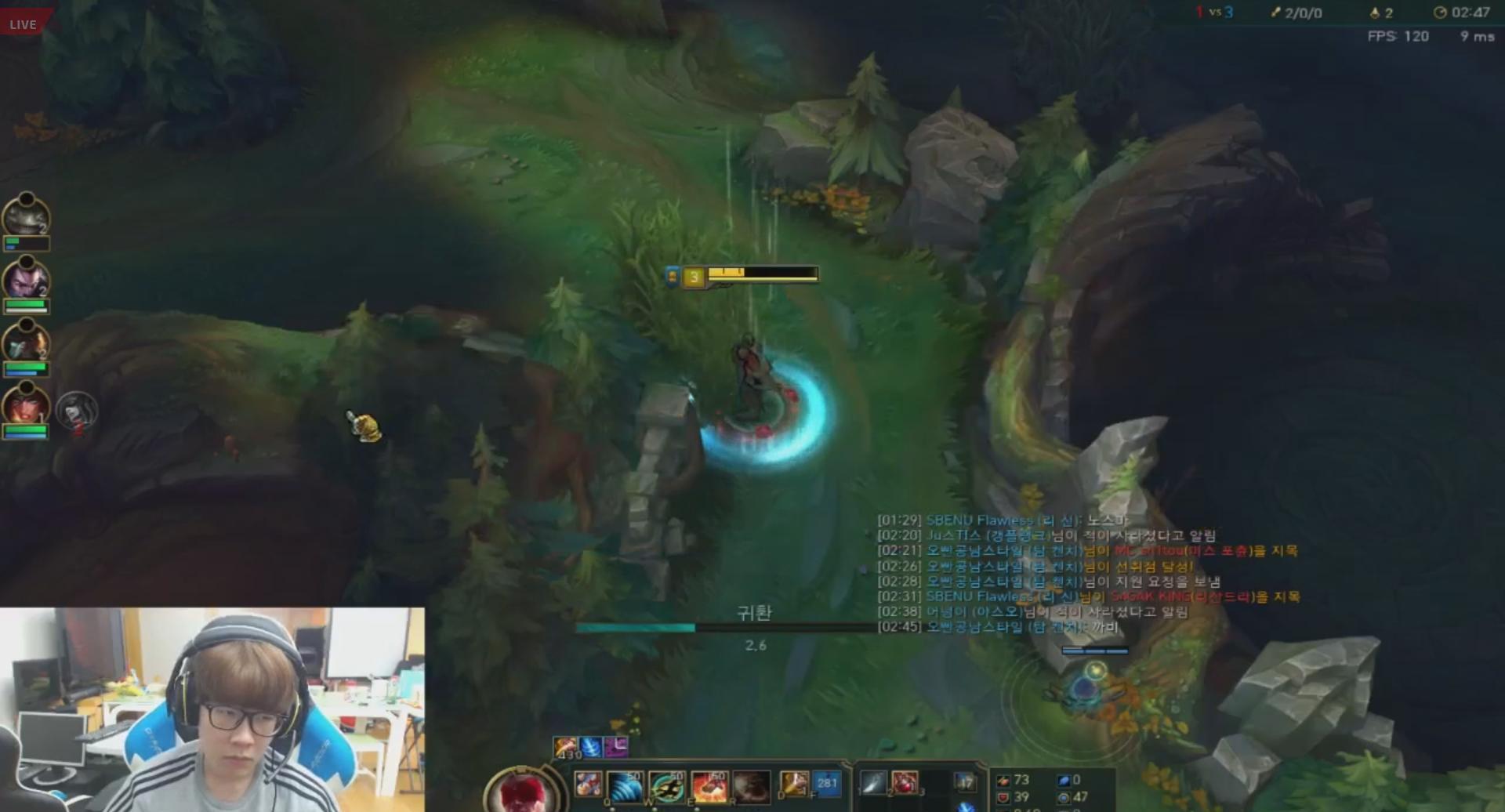 Being a substitute for the best player in the world AND somebody who could easily be argued as a top 3 mid laner in Korea in Lee “Faker” Sang-hyeok and Lee “Easyhoon” Ji-hoon can’t be easy, but Scout makes it look that way. Having just turned 17 recently, Scout has only now reached professional eligibility. That fact alone makes you wonder if he could start some games for SKT T1 to allow Faker and Easyhoon rest. It also helps that Scout managed to finish season 5 as the rank 1 player on the Korean Server, a feat only held by some of the world’s best. Scout’s mechanics are no joke, and from spectating his SoloQ games it’s clear for all to see that he can master the hardest intricacies of any champion at an almost alarming pace. If you haven’t heard of Scout, all you have to do is go on to the League of Legends sub-reddit to see an abundance of highlight reels from his games. If an outplay is possible, you had better believe that Scout will pull it off. Scout played his first ever professional game just recently in the Kespa Cup, whilst it may have been a loss, Scout didn’t play poorly. It’s unsure if SKT T1 will start Scout much this split, but I strongly believe that if he got a good amount of game time, he could prove to be a top tier mid in Korea.

(note: it was very hard to chose between BDD and Scout as THE mid lane prodigy to watch, but as BDD will not be old enough to play for some time now, I chose to pick Scout, who is currently eligible for competitive play). 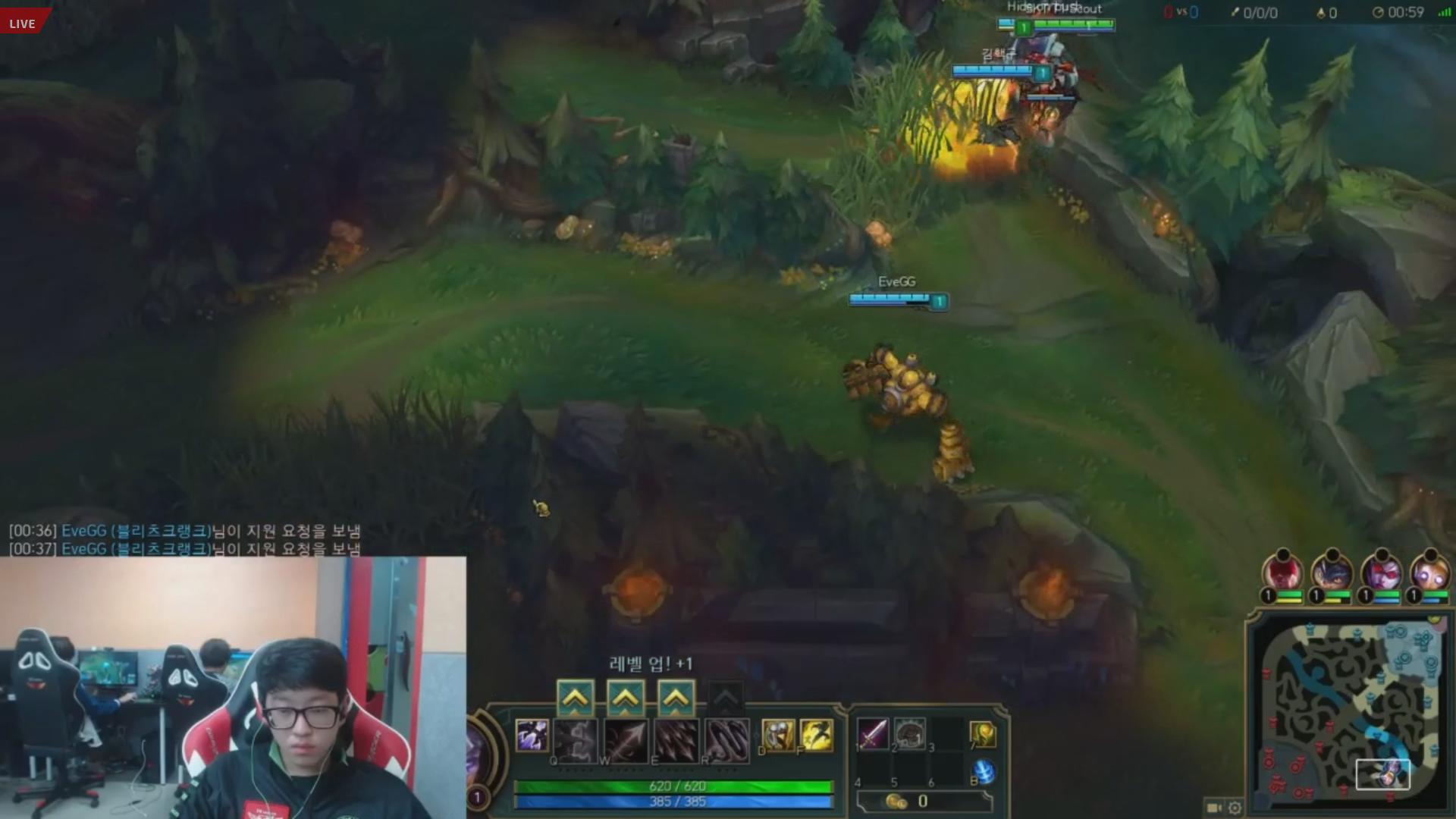 Ok yes I know that putting Fury in this list is a bit shifty considering he has a large amount of competitive experience when compared to the rookies on this list, but I feel like Fury best fits the title of “ADC to watch” coming in to the spring split. Fury first played for the now non-existent Prime Optimus in the spring split of 2014 (so yes, Fury is nowhere near being a rookie). Fury then joined a few organisations as an in-house sub/practice partner, but joined Samsung Galaxy during their re-building phase post the exodus of season 4. Fury has now played with Samsung Galaxy for two splits, and has been one of the best performing members on the struggling squad. Whilst the new Samsung Galaxy had a talented roster on paper, they’ve really failed to mesh and placed last place in spring, and then seventh in summer. However, Fury has pushed past his team’s issues and has looked like an elite AD Carry both splits. It could be my love for good players on weak teams kicking in, but I strongly believe that Fury could easily be the best ADC in Korea if he was on a stronger team, or Samsung Galaxy managed to work on their cohesion/macro play, which is tough for me to admit considering how much I love some of the other ADC’s in Korea. He may not be a rookie but watch out for Fury this split. 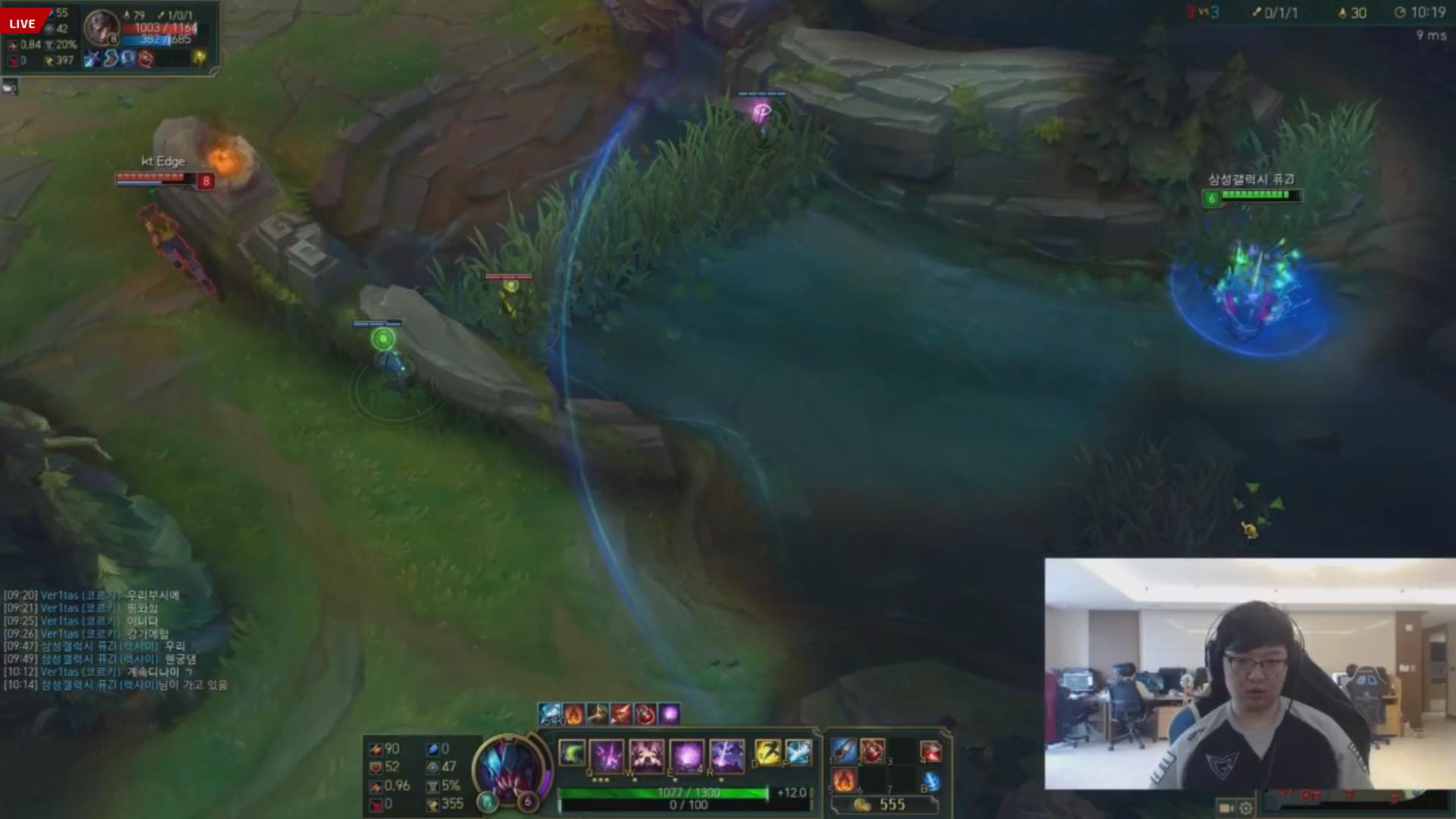 IgNar is a player most famous for being a substitute for ex-North American LCS team Winterfox, alongside Eugene “Pobelter” Park and Johnny “Altec” Ru; a promising team filled with many could-be star players. IgNar being one of them. IgNar never started a game for Winterfox and opted to stay in Korea, and sign for Incredible Miracle. IM are a team famous for having players that go on to be stars upon leaving the organisation. IgNar is a player who could, and I believe will become a star WHILST playing for Incredible Miracle. IgNar drew the attention of Winterfox, Incredible Miracle and numerous other teams who tried to sign him, as he was (and usually is) the highest ranked support on the Korean SoloQ Ladder. IgNar is frequently sitting around top 10/top 20, a very impressive feat for support players in Korea (it isn’t impossible and has been done by quite a few supports before, but it is still a big achievement). The top 30 slots is usually almost always just filled with carry roles, so IgNar clearly has remarkable mechanics to climb to high on the ladder, something he managed to show in the summer split with his roam-heavy style and dominating Thresh play. IgNar has yet to play with an ADC known for being strong in their position, and it is rumoured that Incredible Miracle are spending big money in the off season to bolster their line-up, so it’s entirely possible that we could see IgNar laning with a world class ADC this up-coming split. With the right coaching and team around him, IgNar could very well become the next best play making support in the world. 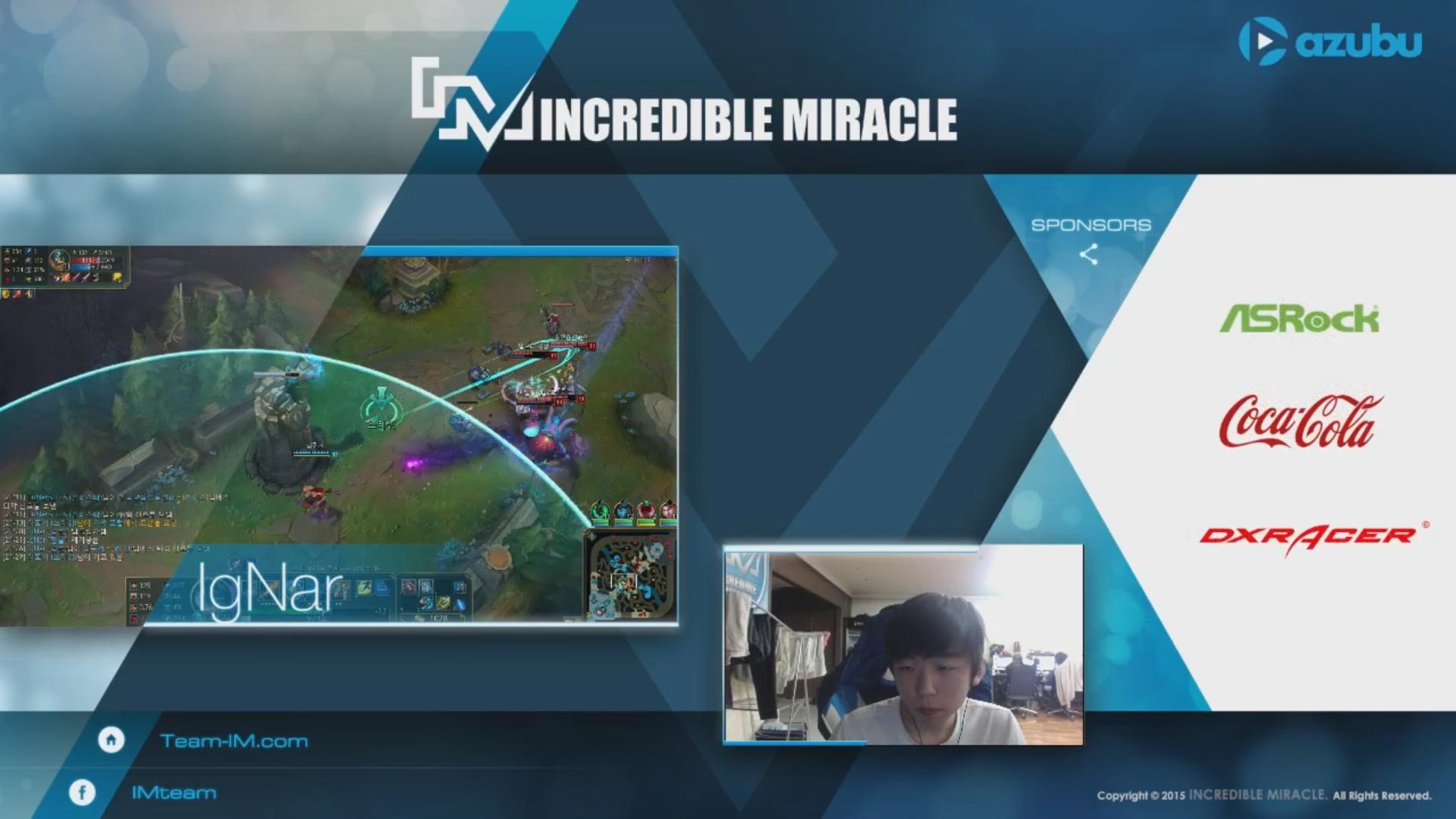 All five of the players I listed in this article could end up becoming elite players. Maybe none of them will. This article is mostly to look at players who have shown great promise that I believe could develop in to great players over the next year. I hope you enjoyed the article, but do you agree with the players I listed? Do you feel like I missed anybody? I love talking about Korean League of Legends so feel free to leave a comment or send me a tweet @jakeduggan_ Thanks for reading!