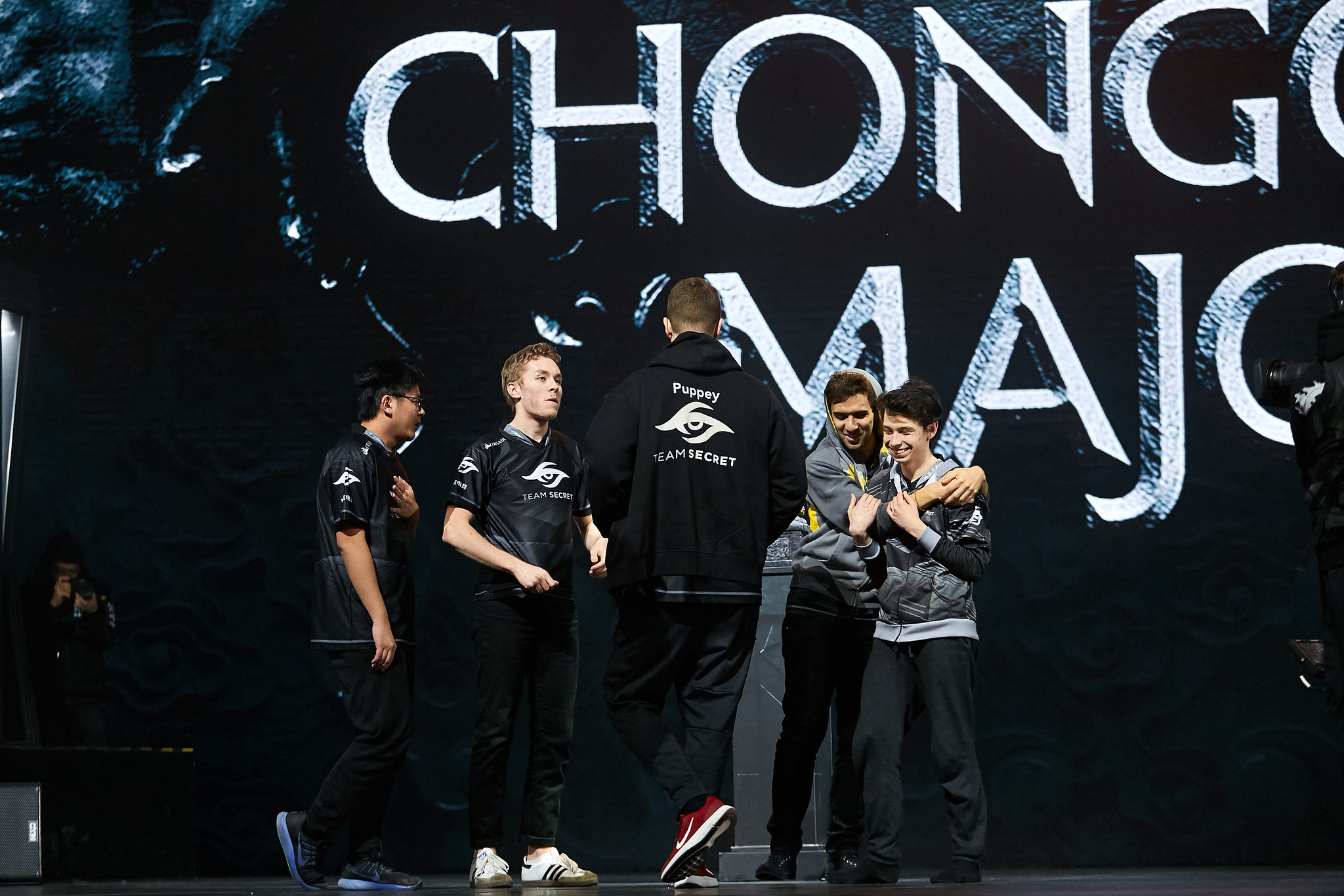 The multi-million dollar pro scene for Valve’s Dota 2 brings hundreds of the best players in the world together to battle in front of millions of fans on the biggest stage.

But just like in any competitive event, there are players who separate themselves from the pack and show that they’re elite talents.

Several factors can be used to determine what makes a player great, like overall performance, team success, and their legacy. In an era where teams frequently shuffle players around, having one of the best players in the world to anchor a roster can be the difference between victory and obscurity.

This list only takes into account active players who are competing in the Dota Pro Circuit during the 2018-19 season. These players are at the top of their game and playing the toughest competition in the world at each event, which is what brings the best out of them in a competition.

Team Liquid have been a staple of the Dota scene for years, and in the last three seasons, they’ve been a dominant force. This is largely thanks to their team captain, KruoKy.

KruoKy joined the team on Nov. 9, 2015, after hitting a rough patch in his career. The veteran support player was a part of one of the legendary Natus Vincere squads featuring Danil “Dendi” Ishutin and Clement “Puppey” Ivanov.

When Puppey left Na’Vi to join Team Secret, KruoKy went with him to form a squad that became the favorite heading into The International 2015. But following a disappointing seventh-place exit and some internal issues, KruoKy left the team to form his own alongside current teammates Lasse “MATUMBAMAN” Urpalainen and Ivan “MinD_ContRoL” Ivanov.

The new team placed well in several smaller events, catching the eye of Liquid as the organization looked to make a move back into the Dota scene after letting their roster go in 2014. After signing with Liquid, KuroKy became one of the most prominent names in the Dota community.

He was already well known for being one of the best support players in the world, but now he was leading his own team and was taking charge against the best squads in Dota. All of this culminated in a win over Newbee’s powerhouse roster and a trip to TI6.

But it wasn’t until the 2016-17 DPC season when Liquid and KuroKy put their stamp on the game’s history. After a slow start to the season, the team added a relatively-new player, Maroun “GH” Merhej. This change ignited a spark in the team that propelled them to dominate the 2017 LAN event scene.

Spearheaded by KuroKy and his masterful play across dozens of heroes, Liquid completed their miraculous season with a 3-0 sweep of Newbee to win TI7 and raise the Aegis.

Liquid’s continued success comes largely in part due to KuroKy’s play and leadership. As they prepare to make a deep run into their third-consecutive TI, his skills will once more be put to the test.

His young teammate, Amer “Miracle-” Al-Barkawi, might be joining this list in the near future thanks to his high skill level and continued success. But for now, the old guard stands as KuroKy remains at the top of his game.

Suma1L has been playing Dota for a long time, but he’s spent his entire career with Evil Geniuses. And during that span, EG have been one of the most dominant teams in the world, and by far the best squad in North America.

Best known for his aggressive playstyle, which is something EG as a whole are known for, the 20-year old midlaner is never deterred from making risky moves if it might help his team win a match. It was honestly shocking at how easily the relatively-unknown Suma1L fit into a top-level team.

After essentially being tossed into the thick of the most competitive part of Dota, Suma1L became a legend with his fearless offensive tactics and unmatched mobility. Manning his now iconic hero, Storm Spirit, Suma1L launched himself into the public eye with an incredible showing at the Dota 2 Asia Championships 2015.

He’s well known for being cocky and overflowing with self-confidence, which is a big double-edged sword in games like Dota where a match can easily flip from fast to methodical play. When working the lane, he’s a terror for opponents as he masterfully spaces his attacks and seems to evade any attempt to trap him.

In his first season with EG, the team won TI5 thanks to former captain Peter “ppd” Dager and the legendary Saahil “UNiVeRsE” Arora, two other candidates for this list. But when his veteran teammates struggled, Suma1L stepped up. His efforts against CDEC Gaming in the finals helped his team secure the Aegis.

Since then, Suma1L has continued to be a driving force that pushes EG as the team remains one of the top names in Dota. They placed third at TI6 a year after winning it, and following a disappointing ninth-place exit at TI7, the team bounced back and placed third again at TI8.

This year, EG have been comfortably slotted as the third-ranked team in the world for most of the season, and their offense has given top teams like Secret and Virtus Pro several issues at Majors. Suma1L and his longtime teammate Artour “Arteezy” Babaev are among the top players this season, as seen by their dominance of both NA and DPC events.

“Everyone must forget the words Carry/Support/Ganker, this is all rubbish,” Puppey said. “If you want to be useful, to win the game, you must play on all heroes, instead of crying like a baby when you have to play carry.”

That’s a legendary quote from one of the most prolific and successful players in the history of Dota 2. Puppey has been at the top of the Dota food chain since the beginning, always playing heroes that might be viewed as unconventional or experimental.

From the start of the DPC, Puppey was in the limelight as he and Dendi helped lead Na’Vi through the first International, losing just one match throughout the entire tournament. That squad became the first Dota 2 world champion and it was just the start of a dominant era for Puppey and his team.

Following the departure of the team’s captain Ivan “Artstyle” Antonov, Puppey was handed the reins. This is where Puppey truly began to shine.

Over the next three seasons, Na’Vi won 20 premier events and made it to the finals of the next two Internationals, losing to Invictus Gaming and Alliance. Throughout that streak and in the following year, Puppey demonstrated a brilliant mind for drafting.

He took his philosophy on hero selection and applied it to his team’s drafting strategy. Instead of focusing solely on the trending meta or counterpicks, Puppey is well known for throwing random things at the wall during any match.

If he or one of his teammates think they should forgo a Sven to try and take their opponents off guard with something like an oddly-timed Abaddon or Monkey King, it isn’t off the table. These conversations that were later talked about in post-match interviews demonstrated that Puppey is always open to trying weird things if it makes sense at the time.

Even back then, Secret’s new roster was considered a super team and went on to dominate the 2015 season. But they only placed seventh at TI that year and the team split up, leaving Puppey to hold the franchise up.

Forming a team around himself, Puppey proceeded to lead the new squad to upset the TI5 winners, EG, at the MLG World Finals. They went on to have a mixed 2016 season and made several more roster changes, yet Puppey remained dominant.

But 2017 was a big year for Secret and Puppey. Following more changes, the captain faced questions about a lack of big wins in recent seasons. The new team went out and dominated the European scene with huge wins like sweeping Team Liquid at DreamLeague Season Eight. But following the strong start, they ended up faltering. Puppey and crew managed to maintain a top eight DPC slot and received a direct invite to TI8 despite the issues.

At the biggest tournament of the year, Secret placed the highest of any International since Puppey joined the organization. They were still unable to overcome EG and some of the former Secret players, but with Puppey’s drafting and the excellent play of Yeik “MidOne” Nai Zheng, they earned a fifth-place finish.

With their best placement under their belt and the return of Michał “Nisha” Jankowski to the team, Puppey and crew geared up for another run at the Aegis.

From the very start of the 2018-19 season, Secret were on top of the world and dominating every event they went to. They finished first or second at all but three events they attended during the season thus far and Puppey’s continued top-level play is a big part of that success.

Even as recent as ESL One Birmingham 2019, Puppey put in work with trying to implement the changes made in the newest update in an effort to make his team better. Whether it was working on hero pools or even drafting Mars as soon as he was legalized, he’s always tossing darts at the board.

By the end of the tournament, Puppey made one of the key plays in game five of the grand finals to secure the win against EG. His Shadow Shaman shackled EG players and allowed for some easy kills, tying the ribbon on the ESL title while earning the MB MVP award.

Puppey has been active in the scene since 2011, going back to 2007 in the original Dota, and has played in every International tournament. He’s one of the most decorated players in the history of Dota 2, and right now, he’s arguably playing the best Dota of his career.

This run by Secret has the team poised as the favorites heading into TI9 this August. With only the StarLadder Ukraine Minor and EPICENTER Major left this season, Puppey’s squad could end the year at the top of the rankings.