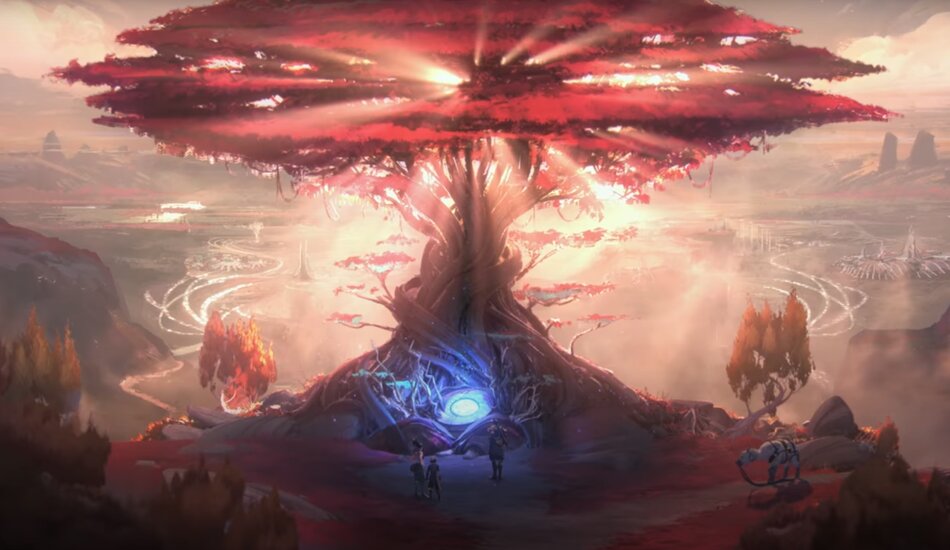 Ionia is about balance between the material and spirit realms. In Legends of Runeterra, the Ionia region is packed full of Elusive units that have threatened to throw the meta out of balance since the open beta’s release. But a new champion and several cards are being added to the region for the official launch of LoR on April 30 via PC and mobile.

It was suspected that Lee Sin was the new Ionian champion, but with the reveal of “The Lesson,” perhaps it’s Akali, the Rogue Assassin.

Lee Sin might still show up as the new LoR Ionian champion, but “The Lesson” features Akali and Shen as he teaches her about balance prior to her going rogue.

The short begins with a Noxian child cutting down a Guardian tree within the Navori Province in Ionia. Akali stops him, surprised that the culprit is just a kid.

But cutting down the tree has awakened the shrine’s protector and it seeks to destroy the boy. Akali attempts to protect him but fails when using her steel. Thanks to Shen, Akali was able to see into the spirit realm and realizes that planting a seed from the tree’s former branches will restore balance.

She tells the boy to plant the seed and then casts a spell to water it, causing it to sprout at a rapid rate with a little help from Shen. The strategy works, and as a final touch, Shen turns the sapling into a giant tree. With it looming over the Ionian lands, the protector returns to its resting place and balance has been restored.

Regardless of who it is, the new Ionian champion coming to LoR should be officially introduced soon.