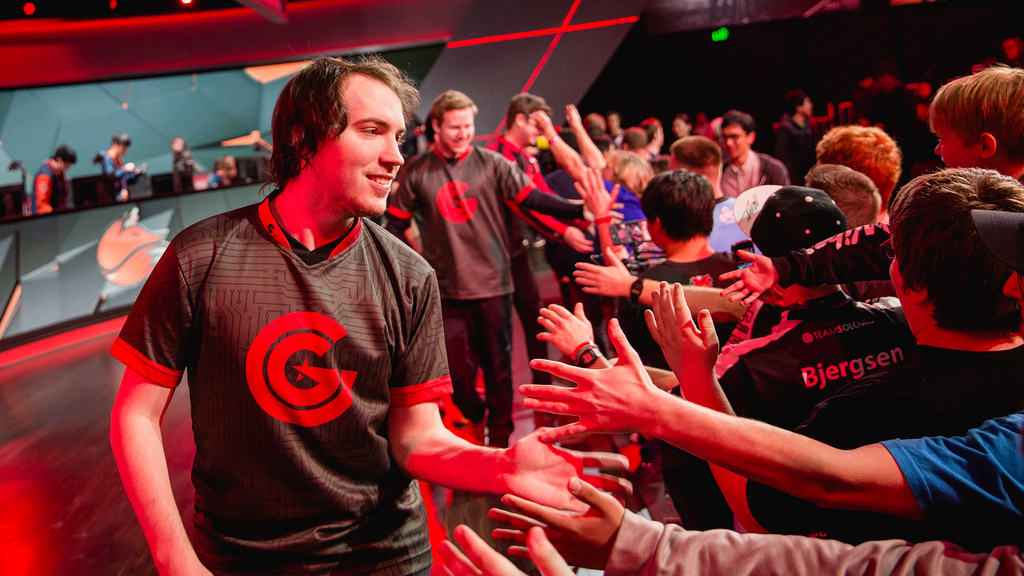 The final week of the NA League of Legends Championship Series kicks off Saturday and with it comes another slate of daily fantasy matchups.

The NA LCS may not be as hotly contested as Europe, where every team is still in contention, but that doesn’t mean there won’t be fireworks as teams jockey for playoff position.

The playoff stretch run is often tough to predict, especially with many teams keeping their cards close to the vest to save their strategies for the playoffs. But we’ve got the fantasy picks to help you make the most of the Spring’s last regular season contests.

This week is filled with huge fantasy matchups, particularly on a Saturday where multiple high-scoring teams face off against points piñatas. That can make it tough to pin down a winning fantasy lineup considering a large numbers of players are liable to explode, but we’ll do our best to give you a helping hand.

These two teams play the slowest games in the NA LCS, and this promises to be a tough match to predict. Your fantasy dollars are better spent elsewhere.

Golden Guardians are a golden goose when it comes to fantasy scoring. They may have less deaths than Flyquest overall, but they die more times per minute and play a much less stable late game. Team SoloMid will score big on Saturday.

While starting Echo Fox or Team SoloMid’s top is a solid pick this week, Darshan also has a great matchup. OpTic Gaming features the weakest top lane in the league and Darshan should feast. He may be the most expensive top laner, but even his price tag won’t break the bank.

Dardoch has the best numbers from the jungle in the league, and he has the best matchup of the week against Flyquest.

One of the most consistent fantasy superstars in history has the best mid lane matchup of the season against Hai Lam, the weakest mid laner in the league statistically. Bjergsen is captain material this week.

Cody Sun is hot and now leads the league in KDA and kills from his position, but he’s got a rough matchup against a Clutch Gaming team that just doesn’t give up deaths. Steer clear in favor of some other strong hyper carries, like Trevor “Stixxay” Hayes or Johnny “Altec” Ru.

He leads the league in support KDA with 5.2 and is top three in kill participation, but Hakuho is a trap pick this week. Against 100 Thieves it’ll be tough to come by points even in a victory, and the bottom lane matchup will be a tough one for Hakuho and co. Stay away.

Sunday should be a bit more muted than Saturday’s scoring, but there are still a number of big matches with big fantasy and playoff implications. Make sure to pay attention to the news heading into Sunday as with a more clear playoff picture, we may see teams make substitutions or play vanilla to hide strategies with their playoff destinies secured. Those possibilities add a lot of uncertainty to fantasy prognostication, but we’re here to help share some of that burden.

On Sunday Cloud9 is the beneficiary of the Flyquest fantasy bonanza, assuming they take care of business.

The old school rivalry may have huge playoff implications if TSM falls in an upset on Saturday, and then all bets are off. If TSM takes care of business, though, then they’ll have a playoff spot locked up and CLG won’t have much to play for except fantasy scorelines. CLG are one of the most aggressive teams in the league and they give up tons of points, so this is a strong matchup for TSM.

Clutch Gaming lead the league in KDA with a whopping 1.39 mark, but they’ve somehow done it with a bottom three body count. They usually aren’t big fantasy scorers despite losing few points to deaths, but this week may be the exception. The Guardians are ripe for the picking and even Clutch may feast.

Even with their recent struggles we still like an Echo Fox investment, but on Sunday they may not be worth the salary against a 100 Thieves side on the rise and jockeying for playoff seeding.

Solo leads the league in top lane KDA, but he does it by staying alive and playing safe in lane. He’s got a bottom three kill participation at the position, so even in a favorable matchup for Clutch Gaming this week, he’s not likely to benefit.

The Danish dynamo should feature a big fantasy day against Flyquest. Svenskeren has the second best kills and assists in the league at the position, and he’s got a better matchup than the league leader this week.

He may be the MVP of the league this season and on Sunday he’ll be the MVP of your fantasy team. Like Bjergsen on Saturday, Jensen has a dream mid lane matchup on Sunday and he’ll take full advantage.

A sit on Saturday is a start on Sunday. If you’ve stacked your lineup with Cloud9 players and can’t field Andy “Smoothie” Ta, then Hakuho is a good bet to provide value. He may not post as many assists as the top handful of supports, but his league-leading KDA and top kill participation means he’ll give strong value on what should be a solid fantasy day for Clutch.